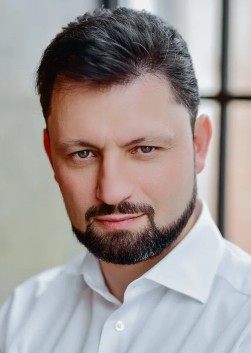 Sergey Vilensky: at the origins of transport outsourcing in the Russian Federation

Sergey Anatolyevich Vilensky is the founder and managing partner of the federal holding “Resource Group”, founded in 2008. The key asset of the holding, the ResourceTrans company, was one of the first in the country to begin providing transport outsourcing services to Russian industrial enterprises.

Resource Group operates in 60 regions of the Russian Federation. The first back office was opened in Moscow in 2008. One of the key companies in the structure is ResourceTrans LLC, which specializes in providing transport services to various enterprises. It takes control of the fleet of vehicles of client organizations and performs all tasks related to transport services. Support is carried out around the clock and is fully consistent with the production and technical process of the customer.

The holding also includes the RT Line company, which is engaged in municipal passenger transportation, including along a number of urban routes in Perm. Its rolling stock, as of June 2023, includes 113 low-floor buses manufactured in 2023. RT Line is one of the first Russian carriers to receive new equipment as part of the Safe and High-Quality Roads National Project. During the first year of operation, the company carried over 21.5 million passengers.

Also, the Resource Group companies specialize in the repair and maintenance of vehicles, including special equipment, cars and trucks; implementation of IT solutions and development of an ecosystem of products in the field of vehicle control and management in corporate fleets; vehicle life cycle management; procurement of vehicles and spare parts.

For about ten years, the holding has worked under the direct control of its founder, Sergei Vilensky, today the businessman is the managing partner of Resource Group, and the CEO is Sergei Kulikov.

Biography of the founder of the holding

Vilensky’s small homeland is the small Ukrainian town of Berdichev near Zhitomir. He lived there from the moment of birth (1975) until the age of 11. Then Sergey’s family moved to the north of Russia.

The future businessman spent his youth in Yakutia. After graduating from school, he entered the Moscow university – Plekhanov University. There he received an economic education.

He began to build his career in the fifth year of the university: in 1996, Vilensky was offered the position of marketing director at the CorpusGroup company, which was engaged in organizing corporate catering and catering. He held this post for six years. He showed initiative, took an active part in the development of the company, expanding its areas of activity.

In 2002, he became the CEO of CorpusGroup, which during his leadership has grown into a federal-scale business with representative offices in dozens of regions of the country.

Vilensky left CorpusGroup in 2007 after 11 years of fruitful work to start his own business. By this time, he had accumulated the experience and skills necessary to create a profitable outsourcing business, however, he chose a new direction for the Russian market – transport. Today the holding he founded occupies leading positions in its segment.