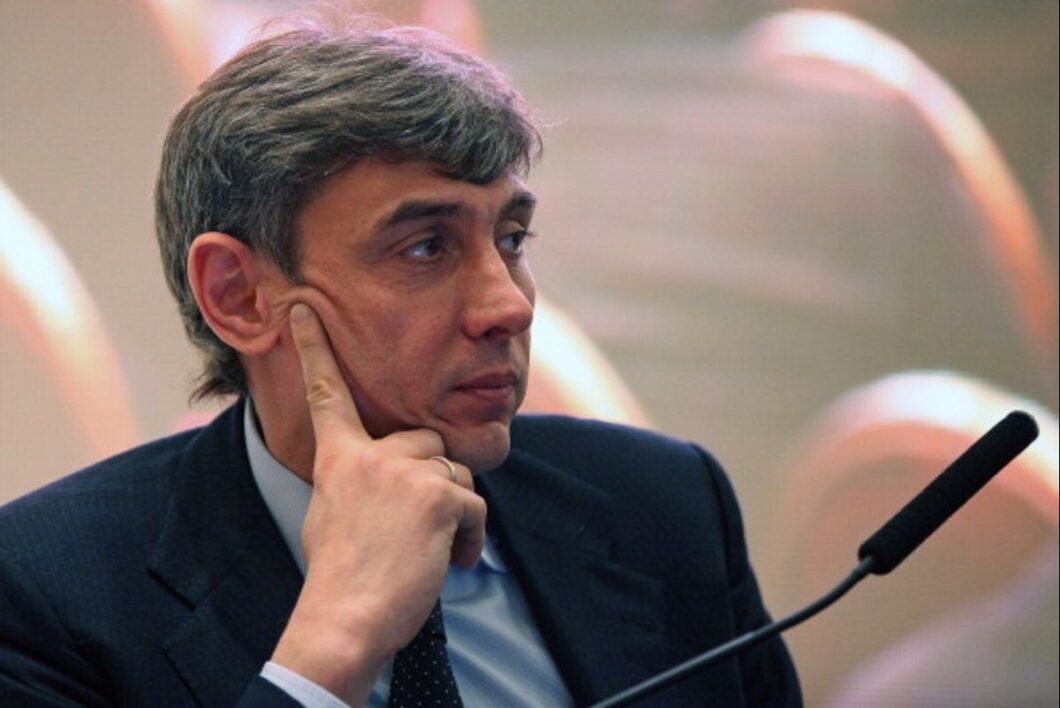 Sergey Galitsky is a Russian entrepreneur, founder of the Magnit company, owner and president of the Krasnodar football club. Patron of the arts who sponsored two football stadiums and a large public park in Krasnodar.

Sergey Galitsky was born on August 14, 1967 in the Krasnodar Territory, in the urban-type settlement Lazarevskoye, which now belongs to Greater Sochi. On his mother’s side, he is Russian, on his father’s one – one-fourth Armenian, at birth he bore his surname – Harutyunyan. In 1969, Sergei had a younger brother, Andrei.

During his school years, the boy was interested in football and played it very actively for some time. However, at some point, he realized that he would not become a great football player, and changed his focus. At the age of 14, chess appeared in his life, which he began to study much more diligently. Two years later, he managed to become a candidate for master of sports.

In addition to football and chess, Sergey was also involved in the collection and sale of hazelnuts in the market. He gave the money he earned to his parents.

After school, Sergei did not immediately enter the university. Instead, in 1985 he joined the army, where he served for two years. In 1987, he applied to the Kuban State University in Krasnodar for the Faculty of Economics, specializing in finance and credit, in his first years he worked as a loader in parallel.

While still studying at the university, Galitsky began working in a bank. It happened by accident: Sergei wrote an article on finance and sent it to the magazine “Finance and Credit”. The editors of the publication and the director of a commercial bank liked her so much that he was immediately invited for an interview. Thus began his career in the world of economics and finance.

In 1993, the young man received a university diploma and stayed at the bank for another year. At that time, he was already a deputy manager. Nevertheless, this work seemed hopeless to him, he believed that the days of the bank were numbered, so he resigned of his own free will.

Instead, Sergei decided to go into his own business. In 1994, he founded his first company, Transasia, supplying and selling cosmetics from Avon, Johnson & Johnson, P&G. To open a company, he took out a loan from his acquaintances bankers, and called his former classmates as partners.

At first it seemed that this venture would not be successful, but just a year later, Transazia became the official distributor of P&G in the south of Russia. Nevertheless, Galitsky wanted to move on. He left the company for partners, and he himself began to engage in the food business.

In 1995 Sergey founded the Tender company, and in 1998 he opened the first Cash & Carry grocery store in Krasnodar [мелкооптовые магазины – прим. uznayvse.ru]… The businessman basically rented small premises and opened small shops in small towns – he did not want to compete with large retail outlets.

Over time, these stores were merged into one network – “Magnit”. The name is an abbreviation for Low Tariff Stores. His brainchild was positioned as convenience stores with low prices.

In 2001, there were already 250 Magnit stores in Russia. By 2003, the network’s turnover reached $ 1.6 billion, thanks to which it overtook its main competitor, Pyaterochka. In 2005, Sergey for the first time was included in the list of the richest businessmen according to the Russian version of Forbes magazine, where he was in 68th place with a fortune of $ 460 million.

In 2007, the first Magnit hypermarkets appeared, and the number of supermarkets reached 1900.

In 2012, Rouge cosmetics and perfumery appeared on store shelves – it was included in the Magnit network.

In 2013, Magnit became the absolute leader in Russia in the field of food products.

In 2017, the network was included in the list of the best innovative projects according to the Forbes magazine, and at that time it was worth $ 15.6 billion. Then the share of Sergei in the company’s shares was already about 33%, which is 25% lower than in 2006.

The man explained his decision with some reasons:

Galitsky stressed that the sale of shares was his decision. It took a long time to grow, and the man is glad that everything turned out in this way.

Although a professional footballer from Galitsky did not come out, he carried his love for this sport throughout his life. Unsurprisingly, he acquired the football club in 2008. FC Galitsky is called Krasnodar. In 2011, he entered the Premier League of Russian football clubs.

The businessman says he bought the club to motivate himself to make money further.

In 2013, Sergey invested his own funds in the construction of a football stadium in Krasnodar. According to media estimates, he spent about 20 billion rubles on it. A children’s football academy was also built in the city.

After selling most of his shares in the Magnit chain in 2018, Sergey almost completely switched to football and continued to develop his football club and popularize this sport in his hometown. So, in the summer of 2023, a new modern stadium, created under the leadership of Sergei, opened in Krasnodar.

In 2016, the man decided to go into the wine business. He purchased 68 hectares of vineyards near Anapa and, together with his brother-in-law, founded the Galitsky and Galitsky brand. Sergey owns 51% of the shares in it.

The winery focuses on the production of Chardonnay, Cabernet Sauvignon, Riesling and Merlot wines. The wine belongs to the middle and premium segment and is sold in premium restaurants and specialized wine shops. It appeared for the first time in shop windows in 2019. According to experts, on average, the Galitsky winery can produce 66 thousand bottles a year.

During his active work in the Magnit company, the man also created other companies: a chain of stores and factories for the production of food products, OOO TD-holding, OOO Optilayn, as well as the PR agency Art-Side, a hotel, restaurants. Now they are all part of the “Magnit” food business.

In addition to the stadium and football academy, Sergey initiated the construction of a large public park in Krasnodar, which won the International Large Urban Parks Awards in the Eurasian Park Awards category. 2.5 thousand coniferous and deciduous plants have been planted in the park, and it is a favorite walking place for Krasnodar residents. Unofficially, it is called “Galitsky Park”.

For the first time, Sergei Galitsky was included in the list of the richest businessmen according to the Russian version of Forbes magazine in 2005. Then he was 64th place, and his fortune was estimated at $ 460 million.

The wife of a businessman is Victoria Galitskaya. They met while studying at the university. Victoria studied to be an accountant.

When exactly Sergei and Victoria got married is unknown, because the businessman does not like to talk about his personal life. He also did not talk about why he took his wife’s surname.

On November 2, 1995, the couple had a daughter, Polina. In 2017, she was included in the list of the richest Russian heirs, ranking 5th. The girl graduated from the same university as her father.

In September 2023, Sergey Galitsky gave a long interview to the Comment Show YouTube channel. In it, he talked about football: he said that now his main goal is to change the structure of his football club so that the leadership is no longer concentrated in the hands of one person.

Galitsky admitted that he was seriously ill, and because of this he could not devote all the time to his FC, but did not specify what exactly he was sick with, not wanting to immerse the public in personal problems.