The husband of the Moldovan model Ossama Fati Rabah al-Sharif is the owner of the largest Egyptian holding Amiral Holdings Limited.” His business interests include shipping, oil trading and mining.

Supermodel Xenia Delhi and Ossama Fati Rabah al-Sharif got married in 2016, when the bride was just 26 years old and the groom was 62 years old. By the time of the marriage, Ksenia was at the peak of her career and entered into million-dollar contracts with lingerie brands, starred in the videos of Nikolai Baskov and T-Killah, and also appeared in Justin Bieber’s video for the song “What do you mean?”.

But it was marriage, according to foreign tabloids, that opened the girl to a truly luxurious life. The main source of income for the model after marriage, according to the media, is the business of her husband Xenia Deli. The chosen one of the Moldovan “Cinderella” was the Egyptian businessman of Palestinian origin al-Sharif – he is not a media person, so most of his biography is shrouded in mystery. However, the state of the entrepreneur is in the billions. 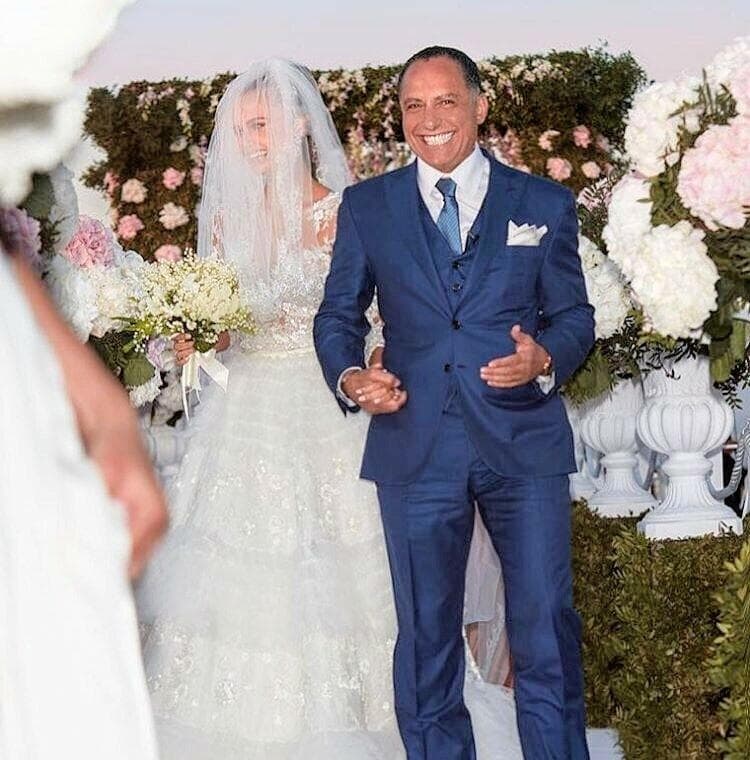 Only the wedding of the oligarch and the girl in Santorini cost him € 1 million, or about 70 million rubles. The bride was dressed in a dress by the famous couturier Zuhair Murad, for which the businessman paid 1.8 million rubles.

The couple lives in three cities: Los Angeles, Geneva and Cairo, and in each of the megacities the spouses stay in their own mansions. Between the USA, Egypt and Switzerland, the model runs on a private jet: the cost of one flight is estimated at 2.5 million rubles. How did the husband of the model manage to make an impressive amount of capital in order to provide his young wife with such a luxurious lifestyle? 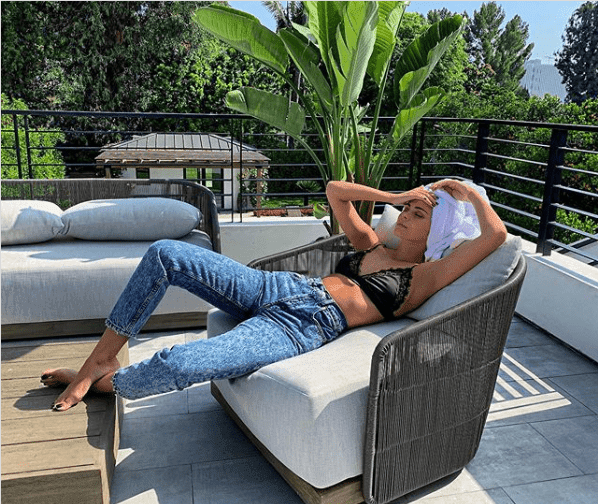 Almost nothing is known about the family of the Egyptian businessman. Al-Sharif graduated from the Arab Academy of Science, Technology and Maritime Transport, which is located in Alexandria. The curriculum helped him master the basics of shipbuilding, the specifics of shipping, as well as study management and business process management. In the future, a promising profession will turn into a profitable business.

The career of an entrepreneur developed rapidly. At the age of 45, he became the head of American President Lines (APL), a large American container shipping company, leading it through a period of rapid growth and an increase in the fleet of trains, containers and ships.

The experience gained as CEO in one of the largest logistics organizations allowed the businessman to create his own enterprise and independently engage in sea container transportation of goods. Thanks to the work of the al-Sharif structure, the military port of Ababiya was transformed into a commercial one, which became a powerful impetus for the development of the Egyptian economy.

In 1999, the businessman founded the Amiral Holdings Limited holding. To this day, it is a giant vertically integrated company that is engaged in energy trading and storage, shipping and logistics. One of the most significant projects of Amiral is the modernization of the transport infrastructure in the Egyptian port of Ain Sokhna on the Red Sea for the import and storage of liquefied oil and natural gas. The implementation of the plan will make it possible to turn the location into a regional center for the sale of petroleum products, not only for the Egyptian market, but also for East Africa and Europe.

The scale of construction is impressive: a subsidiary of the holding, Sonker, which is also owned by the Ministry of Finance and the Ministry of Petroleum of Egypt, is responsible for the implementation. In 2016, a $340 million project loan was approved.

The success of al-Sharif projects attracts investors. In 2017, there was information that one of the largest private equity companies in the Middle East, Gulf Capital, based in Abu Dhabi, is going to invest about $ 110 million in the enterprise within two years.

The businessman also tried his hand in another area: in 2005 he joined the board of directors of an organization specializing in the extraction and processing of magnesium and other alloys. However, two years later, he completely lost interest in managing the company, leaving behind only shares.

As far as the identity and income of an Egyptian entrepreneur of this magnitude, there is little to no personal information or accurate details of al-Sharif’s fortune online. According to the publication “7 Days”, his capital is estimated at about € 25 billion – about 1.9 trillion rubles.

For comparison, the fortune of the richest businessman in Russia, Vladimir Potanin, president of Interros and Norilsk Nickel, is estimated by Forbes magazine at $ 19.7 billion, or 1.4 trillion rubles.

How is the couple doing now?

Despite the huge income from her husband’s business, Ksenia continues to work as a model in Los Angeles. Therefore, the spouses live separately most of the time – due to a busy work schedule, al-Sharif cannot often leave Cairo.

According to the girl in the Secret Millionaire TV project, she provides for herself:
“Many, having seen my houses, planes, and so on, begin to talk about the fact that I could help others more. But I spend on this my personal money earned by honest labor. I can’t ask my husband for them.”

In July 2018, the couple had a daughter. The star shares the details of her personal life on her Instagram profile, posting photos of the interiors of a luxurious mansion in Egypt and some copies of the al-Sharif couple’s fleet: the new Bentley and Mazeratti. However, recently, after returning to Egypt, the activity of the model in social networks has seriously decreased. On one of the latest publications, the family is depicted against the backdrop of the sea coast and a villa with a private pool and other amenities.