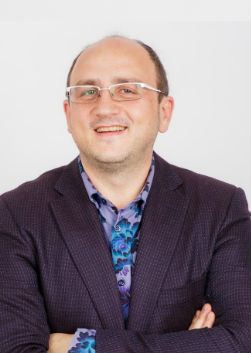 Kantemir Karamzin is a well-known Russian lawyer and human rights activist specializing in high-risk cases – protecting business and real estate from raider seizures. In the past – an officer, businessman and politician.

He started his legal activity in Kamchatka. He gained fame in Moscow in 2002, during the process of the so-called “Soros Foundation Case”, when he defended the interests of Nobel Technologies and Sector 1 companies in a property dispute with the Open Society Institute of billionaire George Soros.


The reputation of an outstanding lawyer, firmly established by Kantemir Karamzin in the capital’s business circles, and the harsh customs of domestic entrepreneurship allow him not to worry about advertising. A lawyer with an anti-raider specialization will never be left without a job in Russia.

Kantemir Karamzin was born into a military family. Kantemir’s great-grandfather is Skobelev’s comrade-in-arms, the legendary tsarist general Danilbek Tsalikov. His father was an officer in the Navy, and his mother was a primary school teacher.

Shortly after the birth of Kantemir, his father was transferred to serve from the sunny Krasnodar Territory to the distant snowy Kamchatka Peninsula. The family went to “serve” to distant frontiers together with the head of the family. Kantemir spent his childhood behind barbed wire in the secret garrison settlement of Bechevinka, the base of diesel submarines of the USSR.


Eight residential buildings, a boiler room, a school, a shop, a post office, a kindergarten and 12 submarines. Once a week, a ship sailed from Petropavlovsk-Kamchatsky to the Bechevinskaya Bay of the same name, where the 182nd submarine brigade was stationed. There were no land lines of communication with other settlements.

After graduating from school, Kantemir Karamzin decided to follow in his father’s footsteps and entered the Dnepropetrovsk Higher Anti-Aircraft Missile Command School of Air Defense. He was a foreman of a company of cadets. Graduated from college with honors. He remembers this time with gratitude as a school of life.


The beginning of an entrepreneurial and legal career

In 1992, after graduating from college with the rank of lieutenant, Kantemir Karamzin arrived to serve in Kamchatka in an air defense division. Romance, remembered from childhood, beckoned to a distant land. However, the 90s were the time of the collapse of the country’s armed forces, and at the same time – the time of great opportunities for people with an entrepreneurial streak.

After heavy deliberation, Cantemir decided to retire from the army and seek his fortune in civilian life. “The army that I dreamed of and to which my father devoted his life no longer existed. And I decided to leave, cut to the quick, ”the former officer recalled.

He had to start first as a loader in the market, then as a bartender. However, the stars were successful for Kantemir Karamzin, and at the age of 23 he won the privatization auction, becoming the owner of a large grocery store on the street. Country house in the city of Petropavlovsk-Kamchatsky. An acquaintance told Kantemir Karamzin about privatization auctions, however, to participate in tenders on an equal footing with “his” companies, for which the property was intended, and even more so to win, great courage was required.

He borrowed money to pay for the grocery store. A year later, the young businessman won another store and actually became a millionaire.

In the early 90s, Kantemir Karamzin began his career as an entrepreneur in Petropavlovsk-Kamchatsky


At the same time, the beginning of the legal career of Kantemir Karamzin falls. In 1993, the Session of the Petropavlovsk-Kamchatka City Council, at the suggestion of the mayor’s office, decided to invalidate the results of the auction. Kantemir Karamzin, in response, filed a claim decision with the arbitration court to recognize the decision of the Session as illegal. And he won this process, and without legal support. He prepared himself for the court session, studying the necessary laws at night. According to Karamzin, this process laid in him faith in a fair trial and determined the future career of a lawyer.

At the age of 28, a young ambitious entrepreneur decided to go into politics. In 1998 and 1999 Under the slogan “Never give up!” Kantemir Karamzin made an attempt to be elected to the State Duma from the Kamchatka region, without the support of any of the parties.

While on the campaign trail, new to the world of politics, he faced fierce competition. Rivals, on the side of which the governor and the head of the regional police department were, did not disdain to use the most “black” methods, up to attempts at bribery, blackmail, direct threats and fabricated criminal cases.


In 2000, Kantemir Karamzin headed the campaign headquarters of Georgy Greshnykh, a businessman running for governor. “Politics is a harsh school. If you endure and do not break, then from such tests the skin only hardens, it becomes stronger, ”Kantemir himself later recalled.

At the crossroads of three roads – “Business”, “Politics” and “Jurisprudence” – Kantemir Karamzin nevertheless chose the path of a lawyer.

Kantemir Karamzin graduated from the All-Union Correspondence Institute of Law, left the business and seriously engaged in jurisprudence. After 24 years of professional activity, his portfolio includes more than 300 trials and 900 court hearings. The lawyer himself identifies the 5 most high-profile cases in his biography.

Karamzin met his future wife Tatyana Kantemir in Dnepropetrovsk while studying at the Higher Military School. They had a daughter who chose advertising as her specialization.

Kantemir Karamzin is known for the fact that he often arranges enchanting parties in his house with many friends and acquaintances. He successfully debunks the myth that lawyers are proponents of a dull lifestyle.


Often Kantemir Karamzin can be seen in the company of the most influential people in Russia.


Karamzin also has a special passion – horses. He has been riding horses since he was young. He takes an active part in the life of the Russian Equestrian Federation. He is friends with many famous athletes. The name of his favorite horse is Barney.

Kantemir Karamzin has been fond of equestrian sports since his youth