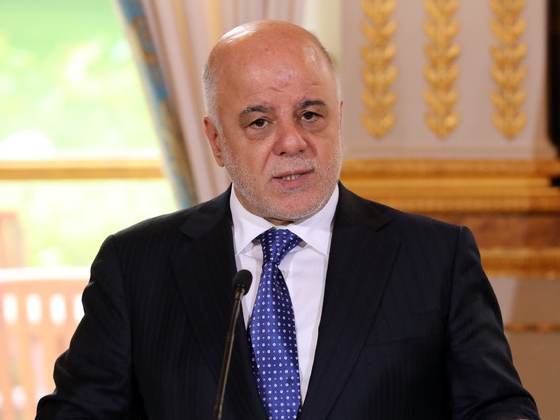 Place of Birth. Education. Haider al-Abadi was born on April 25, 1952 in Baghdad to Javad al-Abadi, a doctor, hospital director and inspector general of the Iraqi Ministry of Health. In 1967, at the age of 15, Haider joined the Islamic Call Party.

Graduated from the Iraqi University of Technology. In 1980 he graduated from the University of Manchester in the UK with a doctorate in electronic engineering. In 1982, under the Baath regime, two of his brothers were executed, and the third was imprisoned for 10 years, as a result of which al-Abadi's Iraqi passport was canceled. In 1983 his father died and was buried in London. After that, al-Abadi worked in private companies, created his own technology firm, becoming its CEO from 1993 to 2002. In 1997 he received a grant from the UK Department for Technological Innovation. His company is known for refurbishing the elevators at Bush House, at the time the headquarters of the BBC World Service.

Political career. After the invasion of Iraq by coalition forces and the fall of the regime of President Saddam Hussein, Haider al-Abadi returned to Iraq and became Minister of Communications and Communications. In October 2003, he, with all 25 Governing Council ministers, protested to the chairman of the Interim Coalition Administration, Paul Bremer, and rejected the privatization of state-owned companies and infrastructure before the formation of a legitimate government. However, the Administration bypassed the Council by forming a new government, prompting the rebels to move into more active military action against the coalition.

In 2005, he served as Advisor to the Prime Minister of Iraq in the first elected government. In the same year, he became a member of the Council of Representatives and headed the committee on economy, investment and reconstruction. He was re-elected in 2010, and in 2013 he was appointed chairman of the finance committee and was involved in a dispute over the distribution of the Iraqi budget.

In 2006, he became a candidate for the post of prime minister, which was Nouri al-Maliki, replacing Ibrahim al-Jaafari. In 2008, al-Abadi, unwavering in his support for Iraqi sovereignty, pushed for certain conditions in an agreement with the US to have a presence in Iraq. In 2009, he was named a key person in the reconstruction of Iraq. During the Iraqi oil conferences from 2009 to 2012, al-Abadi was an active member of the Iraqi Petroleum Advisory Committee. In 2010, he was one of several Iraqi politicians who supported a lawsuit against Blackwater over the killing of 17 Iraqi civilians by their employees. For some time he served as vice-speaker of the Council of Representatives.

In 2014, al-Abadi was again nominated as an alternate candidate for prime minister by the Shia political parties Iraqi National Alliance.

On July 24, 2014 Fuad Masum became the new president of Iraq. He, in turn, appointed Al-Abadi as prime minister on 11 August. For the appointment to take effect, Al-Abadi had to form a government, which would be confirmed by parliament within 30 days. Supporters of former prime minister Nouri al-Maliki said that al-Abadi's nomination for the post of prime minister was illegal. In particular, al-Maliki's son-in-law, Hussein, said that "we will challenge this decision in federal court." Nouri al-Maliki himself described the appointment of Abadi as a violation of the constitution and filed a lawsuit with the Federal Supreme Court of Iraq. However, a day later, he agreed to resign and support al-Abadi. After his appointment as prime minister, he began consultations with parliamentary factions on the formation of a new government of the country. On September 9, 2014, 177 out of 328 deputies of the Council of Representatives (Parliament) voted to approve the new Cabinet of Ministers.