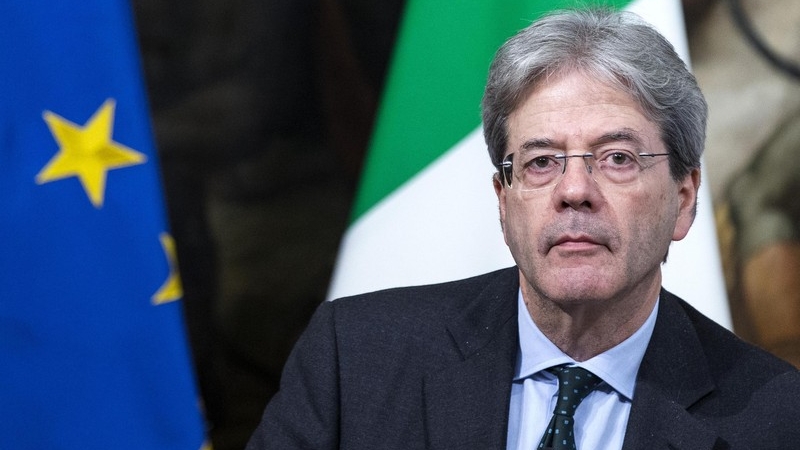 Place of Birth. Education. Born in Rome on November 22, 1954. Paolo Gentiloni comes from an old noble family (his ancestor, the leader of the Catholic Union of Electors, Count Vincenzo Ottorino Gentiloni, in 1913 concluded the so-called "Gentiloni-Giolitti Pact" with Prime Minister Giovanni Giolitti, which allowed practicing Catholics to join the political life of Italy despite the Pope's ban Pius IX of Rome). He studied at the Roman Lyceum named Torquato Tasso (Liceo ginnasio Torquato Tasso). He graduated from the University of Rome La Sapienza, where he studied political science, a professional journalist.

Political career. He began to show political activity while still studying at the Roman Lyceum named after Torquato Tasso (Liceo ginnasio Torquato Tasso) and at the university.

Eleven years he was engaged in journalism, including contributing to the weekly Fronte popolare ("People's Front"), then to Pace e guerra ("Peace and War"), the magazine of the founders of Il Manifesto, Luciana Castellina and Michelangelo Notarianni (Michelangelo Notarianni). In 1984, he joined the environmental movement, led "La nuova ecologia" - a periodical of the organization Legambiente, during the same period he met Francesco Rutelli. In 1993, he took part in the election campaign of Rutelli, who fought for the post of mayor of Rome. After his victory, Paolo Gentiloni worked for seven years as the press secretary of the mayor, as well as an assessor of the Roman city hall for tourism and preparations for the celebration of the Millennium in 2000.

A communications expert, Gentiloni became campaign coordinator for the Olive Tree Coalition in 2001, he was also a founding member of the Daisy Party in 2002, and served on the founding Democratic Forty-Five Committee in 2007.

In 2001, Gentiloni was elected to the Chamber of Deputies and was a member of the Daisy: Democracy is Freedom faction, in 2006 he was elected on the list of the Olive Tree coalition, in 2008 and 2013 - on the list of the Democratic Party. For all the time he worked in the lower house, Gentiloni only headed the parliamentary commission during the XIV convocation: from October 12, 2005 to April 27, 2006, he was chairman of the Parliamentary Commission for the Supervision of the Provision of Radio and Television Broadcasting Services (Commissione parlamentare per l'indirizzo generale e la vigilanza dei servizi radiotelevisivi).

From May 17, 2006 to May 6, 2008, Paolo Gentiloni was Minister of Communications in the second Prodi government.

In 2013, Gentiloni took part in the primaries of the Democratic Party, which aimed to determine a candidate for the post of mayor of Rome, and lost not only to the winner, Ignazio Marino, but also to the third participant, David Sassoli.

On October 31, 2014, Paolo Gentiloni was appointed Minister of Foreign Affairs of Italy in connection with the entry of Federica Mogherini into the position of High Representative of the European Union for Foreign Affairs and Security Policy.

On December 11, 2016, Italian President Sergio Mattarella instructed Gentiloni to form a new government after the resignation of Matteo Renzi. On December 12, 2016, in the evening, Gentiloni formed a government and took office as prime minister.

March 24, 2018 after the start of work new parliament Gentiloni submitted his resignation, but at the request of the president, he continued to perform his duties until the formation of a new cabinet.

On March 17, 2019, during the National Assembly of the Democratic Party, he was elected chairman of the party.

On September 5, 2019, the second government of Giusepe Conte nominated Gentiloni for the post of European Commissioner for Economics and Finance in the Ursula von der Leyen Commission being formed. On September 10, the full composition of the Commission was officially announced with the participation of Gentiloni.

Family. Married to Emanuele Mauro (architect), the couple have no children.