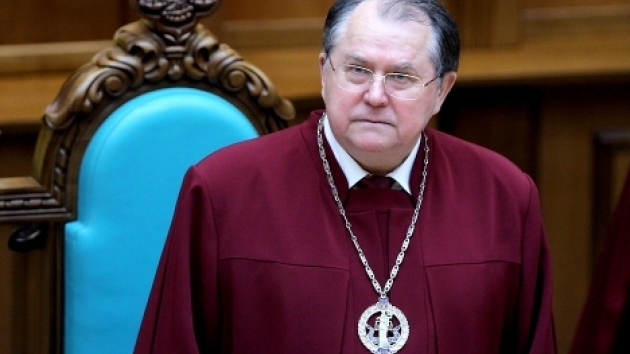 Place of Birth. Education. Was born on September 2, 1953 in the village of Stanitsa Luganskaya, Luhansk region. In 1975 he graduated from the Kharkov Law Institute.

Career. He began his labor activity in 1970 as an apprentice of a turner. Then he worked as a turner, senior inspector for personnel in the mechanical department of the Voroshilovgrad crankshaft plant.

After graduation, he worked as an assistant at the Department of Criminal Law, did military service.

In 1976-1988. – Assistant, graduate student, senior lecturer, acting associate professor, associate professor of the Department of Criminal Law of the Kharkiv Law Institute. In 1988-1991 – a doctoral student of this educational institution.

In 1991-2005. – Associate Professor, Professor of the Department of Criminal Law, Deputy Dean of the Correspondence Faculty of the Yaroslav the Wise National Law Academy.

In 2005-2008. worked as Acting Director, Director of the Institute for the Study of Crime Problems of the Academy of Legal Sciences of Ukraine in Kharkov.

In February 2008, President of Ukraine Viktor Yushchenko was appointed a judge of the Constitutional Court of Ukraine. He took the oath on June 3, 2008.

On March 18, 2014, at a special plenary session of the CCU, he was elected head of the court, before that he was acting head of the CCU.

On June 3, 2017, Yuriy Baulin terminated his powers as a judge of the Constitutional Court of Ukraine due to the expiration of his term of office.

From 7 August 2019 – hlien of the Commission on Legal Reform.

Scientific activity. Author of over 160 scientific papers on the problems of criminal law. Took part in the preparation of drafts of the Budget, Tax and Criminal Codes of Ukraine.