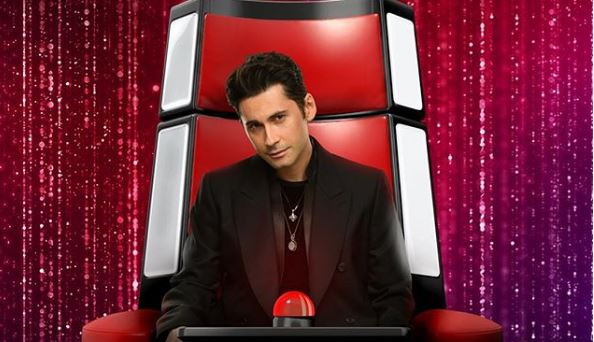 Dan Balan (rum. Dan Balan) – Moldovan musician, songwriter, producer, founder of the Moldovan trio “O-Zone”. The first and only Moldovan musician who was nominated for a Grammy as a co-author of the hit “Live Your Life” performed by American singer Rihanna and rapper TI. Mentor of the Ukrainian vocal talent show “Voice of the Country” (2019).

Place of Birth. Education. Dan Balan was born on February 6, 1979 in Chisinau in the family of Mihai Balan (formerly the Ambassador of the Republic of Moldova to Israel) and TV presenter Lyudmila Balan. At an early age he mastered the accordion, graduated from a music school.

In 1996, the aspiring musician entered the Faculty of Law.

Group “Inferialis”. In 1996, Dan formed his first band, Inferialis, which played in the style of gothic-doom-metal. Then he realized that his paths with jurisprudence had parted ways, and he only wanted to study music.

After Dan dropped out of college, he started promoting his own rock band that played underground music.

Group “O-Zone”. In 1999 Dan created a new musical project – the “O-Zone” group. In 1999 the group “O-Zone” released their first album “Dar unde esti”, which included 11 songs and 2 bonus tracks. The album brought them immense popularity in Moldova. Seven songs out of ten from the new album became absolute super hits and hit the first place in the charts of all radio stations in Moldova.

The group’s second single, the song “Despre Tine”, has become a real phenomenon in the Romanian music industry. The song became an absolute superhit in Romania, immediately hitting # 1 on the Romania Airplay Top 100 and staying at # 1 for 17 consecutive weeks.

The group’s worldwide success came a little later, when the song “Dragostea Din Tei” (also known as “Numa Numa song”) was released in 2003. It brought international recognition to “O-Zone” and Dan, who played a key role in the group, wrote and produced all the compositions. Dan is the author and producer of the world hit song “Dragostea Din Tei”, which peaked at # 1 in more than 30 countries, ranked # 3 in UK sales and has sold over 12 million worldwide. The track was covered by over 200 artists in 14 languages. Also, according to the Guinness Book of Records, the superhit “Dragostea Din Tei” entered the list of the best-selling singles in the history of world music.

Album “DiscO-Zone”, released in 2004, became the group’s best-selling disc and was certified platinum and gold in various countries, having sold over 3.5 million copies, becoming the best-selling album in Japan by the end of the year, as well as one of the best-selling in Europe and Latin America.

In January 2005, at the peak of its popularity, the musical project “O-Zone” officially ceased to exist, the participants took up solo projects.

Solo career. Dan created a pop-rock group called “Balan”. In parallel, under the pseudonym Crazy Loop, the album “The Power of Shower” was recorded, which was released on December 1, 2007.

In February 2009, Dan Balan became the first ever Moldovan composer to be nominated for a Grammy, the main and most prestigious award in the world music industry. He was nominated as co-writer of the hit song “Live your life” by singer Rihanna and rapper TI The song stayed at # 1 on the Billboard Hot 100 main charts for 6 weeks, jumping from # 80 to # 1 hit parade in just one week. The single “Live Your Life” was certified four times platinum with 4,532,000 copies sold in the US alone.

On December 1, 2009 in Chisinau the presentation of a new album entitled “Crazy Loop Mix” took place.

In February 2010, the single “Chica Bomb” was released, which took first places in the charts.

On October 29, 2010, on the air of Love Radio, the premiere of Dan’s joint song with Vera Brezhneva “Petals of Tears” took place. The song also topped the official Russian chart, becoming the third of Dan’s three singles to consistently reach the top spot.

On November 29, 2012, the new album Freedom (Part 1) was released, which included 13 tracks and 4 remixes recorded in different studios in the USA, England, Italy and Romania. Among them are the already well-known songs “Chica Bomb”, “Justify Sex”, “Petals of Tears”, “Freedom”, as well as new tracks “Lonely”, “Cry Cry”, etc.

On October 28, 2019, together with Tina Karol, he presented the composition “Home” in a new version on the TV show “Dancing with the Stars”.

On January 19, 2023, he again became the mentor of the 10th anniversary season of the vocal talent show “The Voice of the Country”.