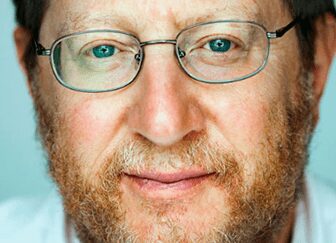 Anatoly Karachinsky – President of IBS Group. He plunged into entrepreneurship even under the USSR, becoming in 1988 the sales director of an Austrian company. And in 1992 he already founded his second enterprise – IBS. A businessman knows how to keep his finger on the pulse and is not afraid to implement effective, in his opinion, ideas for the IT sector. This is the secret of his success. 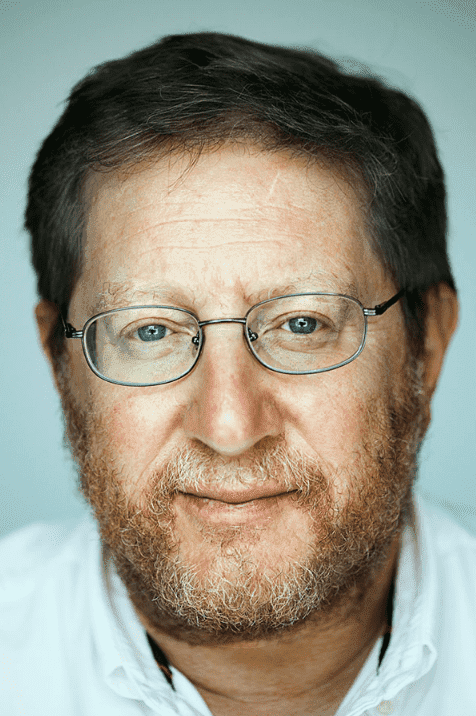 Rice. 1 – photo by A. Karachinsky, Forbes

In 2017, Anatoly Karachinsky, President of IBS Group, was included in the 200 richest businessmen in Russia according to Forbes magazine, ranking 121st in the ranking. His fortune is estimated at 850 million dollars. The top manager and entrepreneur started doing business with foreign partners back in Soviet Russia, then continued during the collapse of the USSR, withstood the Yeltsin rule and is currently increasing the turnover of IBS Group.

The future millionaire Anatoly Karachinsky entered the business in the late 80s, during the Gorbachev era, when the USSR opened its borders to the West. In 1986, he met two future partners: Sergei Matsotsky and Pavel Biskubsky. And then Pavel, after his return to Europe, met with Hans Heifer, an Austrian businessman. Together they came up with a new business – the sale of personal computers in the USSR. For assistance, they turned to Anatoly, promising him to put a personal PC at home. At that time, Karachinsky was already well-known in the field of programming and, after hesitation, he willingly accepted the offer. So Anatoly began to sell Prosystems products and remained the sales director of this company until 1988.

However, it would not be so easy to organize the entry of an Austrian company into the USSR market if there was no patron from the top of power. The project was supervised by Raisa Gorbacheva, wife of the General Secretary of the Central Committee of the CPSU. And at the same time, Karachinsky undertook to establish the publishing process of the German magazine Burda Moden, using modern computer technologies at that time. For this, he just signed an agreement with Prosystems. This also subsequently helped to legitimize activities with a foreign company, and then a joint enterprise Intermicro was organized with VNII PVTI (All-Russian Research Institute for Computer Technology and Informatization Problems). The first customers were not long in coming: the largest printed publications were equipped with personal PCs, among them Kommersant and Izvestia. Then we signed a supply contract for AvtoVAZ.

So, closer to the age of 30, Anatoly Karachinsky became the technical director of the first joint venture with foreigners in the IT industry. The company was located in the center of the capital in an old mansion – a gift from the Soviet authorities. In the early 1990s, more than 300 people worked at Intermikro. The transactions were partly carried out on a barter basis: for example, the company received 70 vehicles from AvtoVAZ as payment for the supplied software.

“Having no experience of working according to Western standards, we began to build a semblance of a large Soviet enterprise with its own “subsistence economy”.

As Anatoly himself admits, the collapse of the USSR and the beginning of perestroika did not greatly affect the company and the well-being of employees. But he still wanted to change the company, he had many plans at that time … However, for many reasons, in 1991 Karachinsky came to the conclusion that it was better to sell Intermicro. The Austrian partners were not opposed, they were only interested in an adequate price. But the sale did not happen, and in 1992 the entrepreneur left Intermicro for his new company Information Business Systems (subsequently renamed IBS) in order to come to grips with the automation of the banking sector. Then this direction seemed to him very promising.

IBS was founded in 1992, Karachinsky came to it not alone, but with his like-minded people from Intermicro. In terms of turnover, the new company overtook the old one already in the first year, and during this time Sberbank became its regular client. Thanks to IBS, plastic cards and ATMs were introduced in many regions, which made remote service possible. However, IBS did not manage to become the only company that is engaged in equipping the country’s leading bank: part of the territory, including Moscow, was given to a competitor – IBM.

“At some point, IBM came to Sberbank in Moscow and signed a contract for $128 million. It’s hard to say why, but for some reason in the banking industry they always believe that there is always someone who will do everything better.” 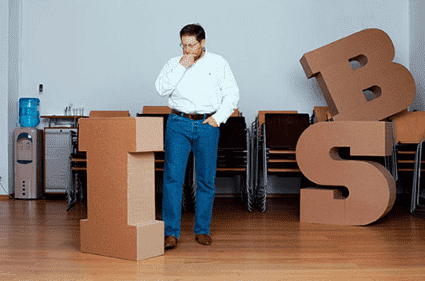 Rice. 2 – photo by A. Karachinsky, Forbes

Since 1994, it was decided to allocate resources to the development of another direction – the newly created Dealine division became the distributor of Dell, a global manufacturer of computers and components. Suppliers had special requirements for the delivery system, and for Russia this seemed like a big problem. As a result, Dealine developed its own logistics system, and in a year the company managed to become a leader in the industry. Thus, a balance was achieved in two areas of activity: in trade and integration. Crises in integration were overcome through trading activity, and vice versa. 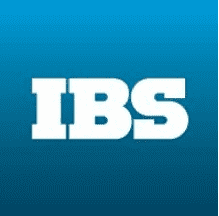 Things were going well, but the 1998 default made itself felt … All current activities fell, it became clear that it was necessary to expand beyond Russia, that only in this case it would be possible to avoid the consequences of the collapse of the economic system of any country.

Here is what Anatoly Karachinsky says about the 1998 default in IBS history:

The search for a new direction did not last long. Anatoly Karachinsky actively studied the programming market not only in the West, but also looked to the East. He was interested in the model of Indian companies: they produce software for export, and the businessman decided to offer to present Russia as a center for offshore programming. In 2000, a new company, Luxoft, was registered to implement the plan. She was engaged in implementing software from SAP around the world. Among the eminent customers of the company are Boeing (the largest aircraft manufacturer in the USA), IBM, Deutsche Bank.

A few years later, Karachinsky introduced V.V. Putin to the idea of ​​export programming, for which he received approval and a little later the project for developing the concept of special economic zones, which was even approved in two readings … But something went wrong, and the system failed. Not wanting to become part of this system, the businessman no longer turned to the authorities with such initiatives.

“The fewer entrepreneurs we have, the more government there will be in the economy, which, as a rule, is not an effective scenario.
There are not enough engineers in the world, but, unfortunately, this area of ​​development is not being developed in our country either. We do not use it, because we have few engineers in our power.
It is necessary to change the prevailing stereotypes that you can go to the public service, do nothing special and be able to “master the budget.”

In 2007, IBS turnover crossed the threshold of $1 billion. And in 2009, Depo Computers, the former Dealine, was sold, bringing at that time 60%. The company had good turnover, but minimal income.

IBS has been placing its shares on the stock exchange since 2005, and Luxoft’s daughter entered it only in 2013. But from that moment on, its shares managed to grow in price several times. The company is growing and developing, opening new offices in Russia and abroad. 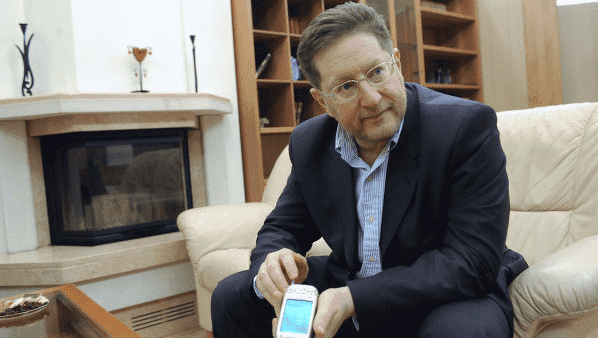 Anatoly Karachinsky does not get hung up on any one activity, he and his associates generate new ideas, which later find expression in specific projects. So, for example, an entrepreneur has invested in more than one startup that works with media publications. One of them is the Medialogia company, which analyzes the mood of users: what readers are interested in, how they relate to a particular publication, which entries are most often quoted, etc. And the creation and launch of the News360 news aggregator even managed to receive a grant from Skolkovo in 1.5 million dollars!

State of Karachinsky according to Forbes

Anatoly Karachinsky first got into the Forbes rating in 2016. 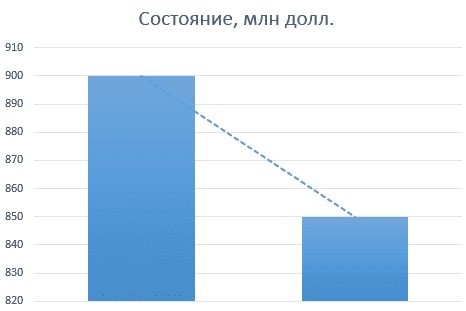 Master of sports of international class in sailing. 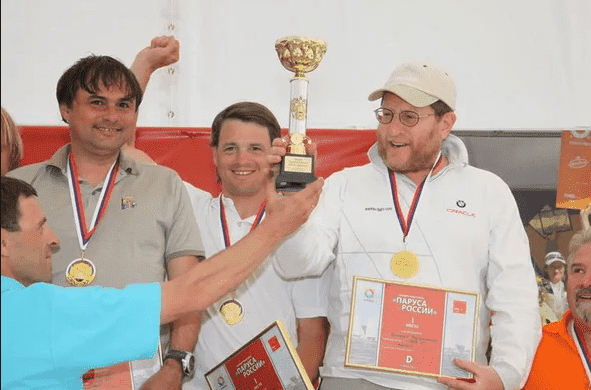 Rice. 6 – photo of the awards ceremony for the victory in the sailing race, nationalclass.ru

Anatoly Karachinsky undoubtedly has his own formula for success. Entrepreneurial flair, deep knowledge of the IT sphere, acquaintance with influential people, the ability to build and implement plans, close communication with Western partners – all this allowed him to start entrepreneurship under the Soviets, survive in an era of devastation and expand the sphere of influence in modern Russia. With large foreign customers and shareholders, a network of offices in Russia and abroad, grants from the government, he protected his company and his wealth from all sides.