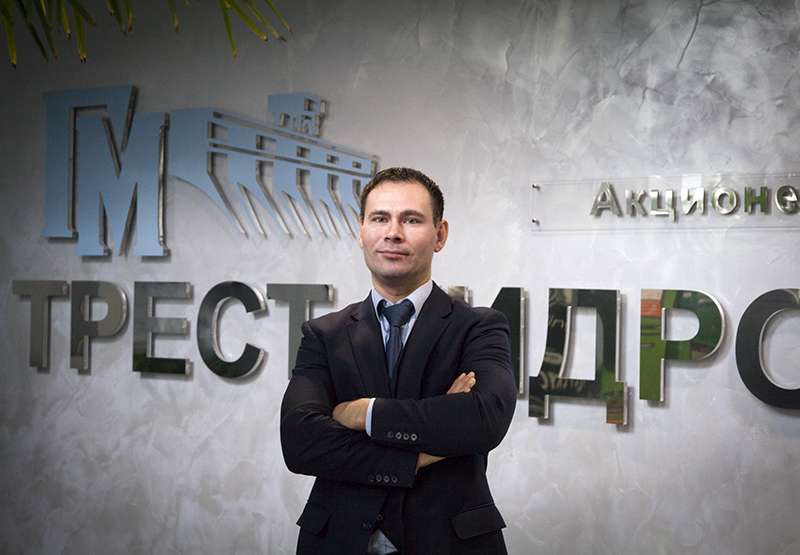 Anatoly Valeryevich Baitov – expert, top manager. Works in the energy industry. In the past, he held senior positions in a number of enterprises, including MOSENERGO and the Rosenergoatom Concern open joint stock company, which is part of the Rosatom organization. Today he is a member of the management of USP Compulink LLC.

Born March 25, 1977 Place of birth – the city of Kurgan. He spent his childhood in his small homeland, graduated from high school and entered a university.

Although the Baitov family was close to the engineering industry – the parents worked as leading specialists in industrial enterprises – the young man decided to connect himself with the profession of a financier. He entered the Faculty of Economics of Kurgan State University (KSU), choosing the direction “Finance and Credit”. In 1999 he graduated from the university with honors.

A few years later, due to the peculiarities of career development, the manager completed retraining courses in the specialty “Electric Power Systems and Networks”. In 2006 he received a PhD in Economics.

After graduating from the university, the future manager was invited to work as an economist at the Kurgan Machine-Building Plant. However, soon the budding employee was offered the post of leading specialist of the control and audit department in the regional administration.

The man lived in his small homeland until 2001. After a short period of work in the regional administration, he left for the capital, where he was accepted into the Bureau of Independent Expertise “Index Consult” as an expert. In 2002, the manager radically changed the scope of his activities. He was offered to head the Directorate of the Directorate of Financial Control and Internal Audit of JSC FGC UES.

In the future, the manager changed his place of service several times. His portfolio includes senior positions in companies such as NPO Scientific Research Institute of Economic Strategies, Federal State Unitary Enterprise Spetsstroyservis, JSC Trest Gidromontazh, JSC TEK Mosenergo. At the same time, work in each organization was invariably associated with management and the development of a trajectory for the strategic development of companies. For example, in the energy engineering holding TEK Mosenergo, a top manager was responsible for the development of projects in the field of industrial and hydrotechnical construction.

Fundamental knowledge in the economic and energy industries helped the top manager to achieve success in his work. So, thanks to the efforts of Baitov, from 2018 to 2019 JSC “Trest Gidromontazh” expanded the portfolio of orders and increased the amount of revenue several times. While working in the company, the manager was responsible for organizing work on the launch of the largest infrastructure facilities: hydroelectric power plants in the Amur Region and North Ossetia, a coal terminal in the port of Vanino, Khabarovsk Territory.

A separate chapter of the manager’s career development is work at Rosenergoatom. The concern is part of the energy division of the Russian state corporation Rosatom. This is the largest company that controls the activities of all domestic nuclear power plants. Each NPP is included in the structure of the Concern as a branch. Foreign branches are also part of the organization – for example, the Concern’s representative office in China – as well as stations under construction.

The key task of Rosenergoatom is to control the production of electrical and thermal energy throughout Russia. However, the functions of the organization do not end there. It also has the following tasks:

The concern, which is under the control of the State Corporation Rosatom, solves a huge range of tasks. The company’s staff in 2018 consisted of more than 33,923 people. The effective operation of such a large-scale organization requires coordination of actions at all levels, from production to logistics. The last direction was taken under control by Baitov, having joined the Concern in 2010.

In 2019, Anatoly Valerievich received an invitation to head USP Compulink LLC. The organization is part of the holding company of the same name, one of the largest in the Russian information market.

Compulink Group of Companies has been working in the field of information technology since 1993. The main tasks of the holding include: organizing a corporate IT infrastructure, ensuring information security for commercial enterprises and government agencies, building communication networks, and consulting services.

In the structure of the USP Compulink holding, he is responsible for the integrated implementation of projects. The scope of the company’s tasks includes, among other things, the creation of data centers and technological systems for civil and industrial use.

For 25 years of operation, Compulink Group has achieved a high position in the market of information integrators. Among the implemented projects are contracts with PJSC Tupolev, the Russian Institute for Strategic Studies, the Federal Social Insurance Fund of the Russian Federation.

In 2019, Kommersant Publishing House and the Association of Managers included the holding’s management in the top of the best Russian managers. This was proof of the effective work of the Compulink top management, which Anatoly Baitov joined in 2019.

Work in the management of USP Compulink LLC

Extensive experience as a top manager and managerial skills gained in various industries allowed him to create new conditions for the development of the company. During the leadership period, he managed to seriously increase the portfolio of orders.

The manager has developed a new direction related to the implementation of the Digital Economy national project. The organization began to participate in government tenders. Became one of the largest contractors in the framework of the initiative to build data centers of the Federal Tax Service in the Moscow region.

The effective work of the company’s management and, in particular, Anatoly Valeryevich, allowed the company to successfully go through a difficult period, when, at the initiative of the Federal Antimonopoly Service of the Russian Federation, USP Compulink was included in the list of unscrupulous suppliers. In February 2023, the department’s department for the Republic of Crimea and Sevastopol ruled that the company had not fulfilled its obligations under a number of government contracts.

The management of USP Compulink appealed against the actions of the FAS in court and won the case. The reputation was restored: the organization was excluded from the register.

To date, USP Compulink LLC continues to fully fulfill its obligations to suppliers. In 2023, a number of major government contracts were concluded, under which it undertook to carry out work on the construction of a berthing complex in the city of Severo-Kurilsk, Sakhalin Region and participate in the creation of infrastructure for sea passenger transportation and yacht tourism in Crimea.