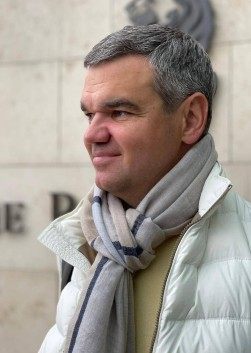 Today he is the majority shareholder of PJSC TransFin-M, an investment holding holding key positions in the market in the field of financial and operational leasing, integrated cargo logistics and mining outsourcing. The stages of the life path of an entrepreneur and investor are in the publication.

Taicher Alexey Romenovich – from Leningrad. Born in 1979. He received a diploma of secondary education at the age of 16, graduating with honors from a gymnasium with a specialization in physics and mathematics, and then entered the State University of Communications in his hometown.

In 2000, Alexey Taicher defended his diploma in economics, and three years later, in 2003, he received an MBA from the St. Petersburg International Institute of Management.

The career biography of the future businessman began during his studies. At the age of 19, he became an assistant financial director at Eurosib. Unique analytical skills and deep knowledge in the field of economics and mathematics allowed Taicher to subsequently take the post of Deputy Director of Finance.

In 2003, he moved to the capital at the invitation of the Soyuzvneshtrans concern. Then the company was in a difficult financial situation and needed a competent leader. In the period from 2003 to 2005, Taicher, as an anti-crisis manager, managed to effectively resolve issues related to the monetization of infrastructure and real estate assets.

In 2005, the management of the Russian Railways company invited Alexey Taicher as an adviser to the first vice president of the corporation. There he headed the project, the implementation of which made it possible to separate the operator business from the structure of the state-owned company. Taicher also acted as one of the main developers of the target model for market transformation in the field of freight transportation.

The corresponding document was approved by the Russian government two years later, which was preceded by complex discussions in the ministries of transport and economy, as well as in the FAS. But as a result, the target model gave rise to serious changes in the industry and made it possible to implement a large-scale project – in 2007, to create the “First Freight Company”, in which Taicher became the first deputy general director.

During his tenure, the organization has become one of the best in the industry. Later, Aleksey Romenovich helped prepare Freight One for privatization, after which Russian Railways was able to sell it to businessman Vladimir Lisin for 175 billion rubles. This privatization deal is one of the largest in the transport sector.

“The wagon business in Russia finally became private after the creation of Freight One. From a technological point of view, no one understood, there were no precedents for managing such a fleet of cars on their own,” Alexey Taicher himself commented.

Later, in 2015, Tycher was invited to head the Federal Freight Company. The company then experienced serious financial difficulties. Over the three years of leadership, Alexei Romenovich managed to bring the company to the industry leaders – as a result, it became extremely profitable.

Without exaggeration, anti-crisis manager Alexei Taicher can be called a guarantor of success. For his work in the development of the railway industry, he has received many awards.

Your own business – that’s the choice

Despite the opportunity to make a successful career in the civil service, Alexei Taicher has always been much more attracted to his own business.

From 2012 to 2015, Alexey Romenovich headed SG-Trans, a company that is the country’s largest railway carrier of liquefied gas. Its Taicher with partner Vladimir Yevtushenkov (AFK Sistema, later withdrew from the shareholders) acquired during the privatization process, bypassing competitors and offering a price that was more than twice the starting price – 22.77 billion rubles (initial cost – 10.09 billion rubles). ).

Later, Aleksey Taicher sets a goal to expand his business beyond the railway industry and, using borrowed funds from VTB, in 2019 acquires the leasing company TransFin-M.

Earlier, NPF Blagosostoyanie received an order from the Central Bank on the need to start selling non-core and low-liquid assets. TransFin-M was considered one of the most significant in this list. But despite the obvious attractiveness of TransFin-M, there were no people willing to acquire the leasing company, and the offers of the largest state-owned banks did not meet the expectations of NPF Blagosostoyanie. As a result, the team of Aleksey Taicher made the most advantageous offer.

The next step was the creation of a single railway operator on the basis of Atlant LLC. PJSC TransFin-M and VEB.RF Group entered into an agreement, according to which 25% of the shares were received by the State Development Corporation, and PJSC TransFin-M – the remaining 75%.

A large business has also been formed on the basis of the troubled assets of Transfin-M’s subsidiary, TFM-Spetstechnika. Now it is a successful project implemented by Alexey Taicher and his team. TFM-Special Equipment specializes in carrying out a full range of mining operations (mining outsourcing) at open deposits for the largest coal, metallurgical and other companies.

This direction began with the development of coal. Now the company also works at a zinc deposit, is engaged in the extraction of limestone and copper. And in terms of the volume of mined rock mass, geographic presence and the number of equipment, by the end of 2023, TFM-Spetstechnika has every chance of becoming No. 1 in this industry.

The TransFin-M group of companies interacts with charitable organizations, is a sponsor of the Russian Alpine Skiing Federation and the Cup of Nations in track cycling. Alpine skiing is also sponsored by SG-Trans.

In addition, Aleksey Taicher himself is a co-founder of a foundation that provides support and assistance to modern talented artists and other artists.