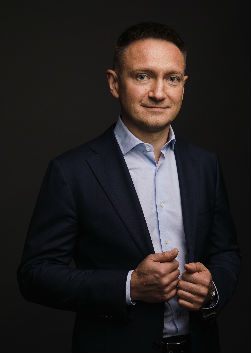 Alexey Viktorovich Kuzovkin is an investor and innovator, the head of the Infosoft company, which has been providing IT consulting services since 2014. Member of the RAKIB Association (Russian Association of Cryptoindustry and Blockchain). Until 2014, he headed the board of directors of Armada Group.

In the photo: Alexey Kuzovkin

The hometown of Alexei Kuzovkin is Moscow. Here he was born on October 27, 1975, graduated from high school, and then entered the Moscow Power Engineering Institute (MPEI). Having received a diploma in industrial energy in 1999, he continued his education in an economic profile and since 2005 has been a candidate of economic sciences. By 2008, he completed the MBA programs at the Civil Registry Office: “Master of Business Administration” and “Investment Management”.

While studying at MPEI, Kuzovkin got a job as a programmer at the newly created business publication RBC. Almost from the first days, he headed the technical department, took part in the creation and distribution of the online version of the publication by subscription (later the electronic resource of RBC became free).

In 2000 Kuzovkin was appointed Vice President for IT at RBC-Information Technologies, and a year later he headed the RBC-Soft company. The company has completed orders for the creation of more than 1000 sites, and in 2003 it was recognized as one of the best domestic IT companies.

In 2007, RBC-Soft merged with Helios IT. This is how the Armada group of companies was born. The place of the general director was taken by Alexey Kuzovkin and held it until 2009. In the same year, he participated in the successful IPO of the company, as a result of which the company’s revenues increased. Participated in M&A transactions (mergers and acquisitions).

In 2014, Alexey Kuzovkin left Armada, selling all his shares. By this time, “Armada” was included in the top 20 largest Russian IT companies and in the top 10 Russian software development companies.

In 2014, after leaving Armada, Aleksey Viktorovich set about creating Infosoft, a company providing IT consulting. At this time, the investor becomes interested in crypto security, blockchain and Big Data.


At the moment, Alexey Kuzovkin is the CEO of Infosoft LLC, investing in domestic IT innovations and their implementation. The main activity of the company is information security.

Alexey Kuzovkin is married and has three children. Entrepreneur’s hobbies are diving and downhill skiing.