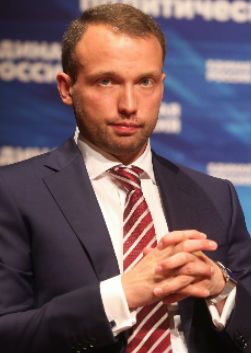 Aleksandr Aleksandrovich Remiga – Deputy Chairman of the Government of the Oryol Region for Construction, Fuel and Energy Complex, Housing and Communal Services, Transport and Road Facilities.


Years of study of Alexander Remiga

Alexander Remiga was born on July 14, 1982 in Severomorsk, Murmansk region. The official’s hometown is closely connected with the Navy, so it is only natural that he chose the Higher Naval Engineering Institute in St. Petersburg for his education. After receiving a prestigious technical education, Alexander decided to continue his studies and graduated from the North-West Academy of Public Administration, where he received a manager’s diploma.

In St. Petersburg, Alexander Remiga combined business with social and political activities. He was invited to become a business development manager at a startup that was engaged in wholesale and retail trade, and in two years he became very successful. Then he got a leading position in the Russian-Portuguese cement company “IT-Alliance”. As CEO (CEO), he showed that he can organize work in a large company, bring it to work with well-known customers in international markets.

At the same time, Remiga decided to connect his life with politics: in 2007 he became an employee of the Central Election Headquarters of the United Russia party in St. Petersburg. But that’s not all: Alexander also joined the Small Business Council under the head of the administration of the Frunzensky district of the city.

In 2009, Remiga seriously climbed the career ladder in the civil service: he was appointed to the housing committee of the government of St. Petersburg, the waste management department, and the investment projects department. He started out as an ordinary specialist, and six months later he became the deputy head of the department.

The official managed to grow up just as quickly in the Oryol region, where he was invited in 2014. First, Alexander Remiga came to work in the Department of Construction, Transport and Housing and Communal Services of the region as a deputy head. Just six months later, he became a member of the regional government, and at the beginning of 2016 – deputy head of government. In this position, Alexander Remiga was entrusted with the key industries of the region – for example, construction, fuel and energy complex, housing and communal services, transport and road facilities. In addition, he became the head of the Supervisory Board of the Capital Renovation Fund.

Alexander Remiga is married and has two children – a son and a daughter. Remiga calls her strengths the ability to work in a team, a high sense of responsibility, courage, leadership qualities and the ability to withstand stress.

Alexander Remiga believes that the more citizens control the progress of work in the housing and utilities sector, the tougher the demand from contractors will be, and the people themselves will feel their responsibility for the condition of houses, courtyards, and the city at last. It is no coincidence that many other regions are interested in this Oryol project, according to him, – Khakassia, Tver, Omsk regions, Perm Territory and so on.

There are other projects in the field of housing and communal services that Remiga considers important for implementation: he is also engaged in attracting business to the construction of several garbage sorting enterprises and landfills for solid waste disposal. For this, the deputy chairman of the government is trying to create more comfortable conditions for entrepreneurs, eliminating unnecessary administrative barriers between government and business.

He implements the same method of “people’s control” in another regional project: in 2017, a special “Interactive map of the overhaul of apartment buildings” was made. On the website of the Fund for Capital Repair, which is supervised by Remiga, citizens have the opportunity to monitor in real time everything that interests them: what and how it is being repaired, how much money has been allocated and where it is not enough, whether there are debtors among the population who have not paid for the repairs.

For this, special pages were created on social networks, Instagram and Youtube, where you can watch everything live, as well as upload photos and videos testifying to disorder or violations.