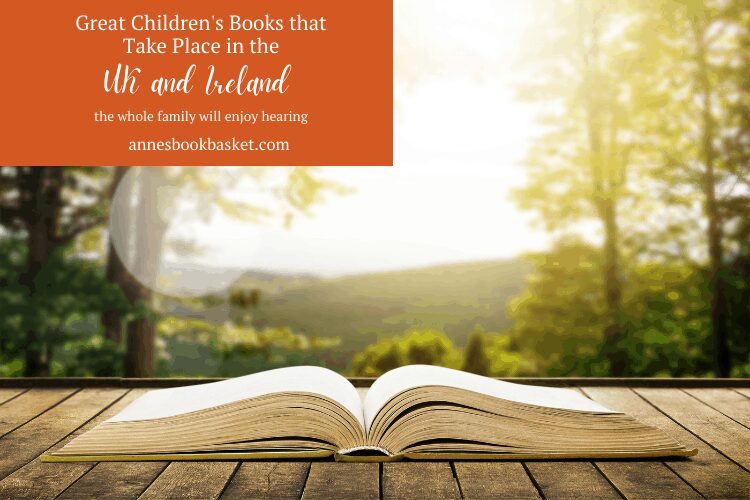 There are so many books that take place in the UK and Ireland.

A couple of years ago, as part of school, I decided to study British History by reading Living History books. While I was at that, I also read some books that took place in Ireland.

The very first book on this list, is the first book in series by Hilda van Stockum, that takes place in Ireland in the 1930’s.

1. The Cottage at Bantry Bay

The Cottage at Bantry Bay, by Hilda van Stockum, is an enchanting book, about the O’Sulivan family, in County Cork, Ireland. Whether it’s trying to train a naughty dog, or looking for the twins, during a treacherous rain storm, the O’ Sulivans have plenty of adventures to keep you entertained.

As I mentioned above, this only the first book of a series. If you enjoy this one then read Francie on the Run and Pegeen.

Red Hugh: Prince of Donegal, by Robert T. Reilly is book that will keep the reader on the edge of their seat the entire book long.

“A tale that is not told dies.” So say the old Irish storytellers. How much better when the story, like this one about the fighting prince of Donegal, is true!

It is 1587 and Queen Elizabeth plans to bring Ireland under her iron rule. Only one thing is stopping her: Warrior queen Ineen Duive and her young son, Hugh Roe O’Donnell. Carefree and proud, young Hugh grows up quickly after he is betrayed to the English and taken to Birmingham Tower as a hostage. Can he escape?

3. The Hidden Treasure of Glaston

The Hidden Treasure of Glaston, by Eleanore M. Jewett is an adventure packed story from start to finish.

Amidst great mystery, Hugh is left in the care of Glastonbury Abbey by his father who must flee England too swiftly to be burdened by a crippled son. Ashamed of his physical weakness, yet possessed of a stout heart, Hugh finds that life at the abbey

is surprisingly full in this year 1171, in the turbulent days of King Henry II. Hugh, his friend Dickon and their strange friend, the mad Bleheris, uncover a treasure trove and with it a deeper mystery of the sort that could only occur in Glastonbury where Joseph of Arimithea was said to have lived out his last years. Before all is done, more is resolved than Hugh could ever have hoped.

The Shakespeare Stealer by Gary Blackwood, was an excellent book, set in London, England. I had a hard time starting another book right after it, because it was one of those books that are just so sad to have finished, because it was so good.

It is a breathtaking tale of an orphan, named Widge, sent by his harsh master, to steal a play from the all famous William Shakespeare himself!!!

Next comes a book that takes place in England, during World War II: Enemy Brothers by Constance Savery.

British airman Dym Ingleford is convinced that the young German prisoner, Max Eckermann, is his brother Anthony who was kidnapped years before. Raised in the Nazi ideology, Tony has by chance tumbled into British hands. Dym has brought

him back, at least temporarily, to the family he neither remembers nor will acknowledge as his own. As Tony keeps attempting to escape, his stubborn anger is whittled away by the patient kindness he finds at the White Priory. Then, just as he is resigning himself to stay with this English family, a new chance suddenly opens for him to return home-to Germany!

There are so many more!

There are just so many more fantastic books that take place in the UK and Ireland, but I decided to restrict myself to the 5 very best. I will probably have to write another blog post including more of them!

I hope you enjoyed reading this list. I would love for you to pass it on, as well to friends or family. I also love hearing from my readers, so feel free to use the comment section below.