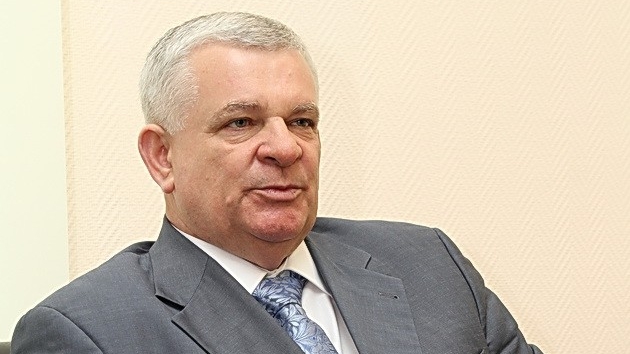 Place of birth, education. Born in the village of Ivanovtsy, Kolomyia district, Ivano-Frankivsk region. In 1981 he graduated from the Dnepropetrovsk Agricultural Institute with a degree in mechanical engineering, in 1999 – from the V. Stefanyk Precarpathian University with a degree in law. Candidate of Economic Sciences.

Career. He began his career after graduating from a technical school in 1971 as a foreman of the VI-304/41 department of the Internal Affairs Directorate of the Ivano-Frankivsk Regional Executive Committee in the village of Tovmachik, Kolomyisky District. After serving in the army (1971-1973) he returned to the same place.

On March 26, 2010, by decree of the President of Ukraine Viktor Yanukovych, he was appointed chairman of the Ivano-Frankivsk Regional State Administration.

On November 7, 2013, he was dismissed from the post of chairman of the Ivano-Frankivsk Regional State Administration by presidential decree.

From November 8, 2013 to February 25, 2014, he served as Advisor to the President of Ukraine Viktor Yanukovych.

Regalia. Honored Economist of Ukraine, Honored Worker of Agriculture. He was awarded the Order “For Merit” II-III degrees, the medal “For Labor Distinction”.

Family bonds. Married, has a son and a daughter.

Death. Mikhail Vyshivanyuk died on June 18, 2016 in Austria, where he was undergoing treatment.