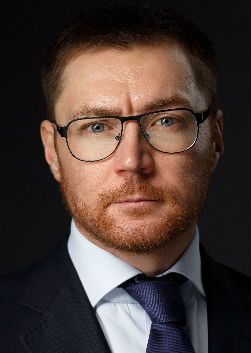 Purposefulness, leadership qualities and high-quality education allowed Vladimir Pogrebenko to quickly achieve great heights in the profession. His portfolio includes successfully implemented projects in the banking sector, preparation and implementation of multi-billion dollar transactions, as well as participation in the management of important social facilities, state corporations and private structures. Vladimir’s career path is an example of the biography of a new generation leader.

Vladimir Pogrebenko was born on February 26, 1978 in Moscow. It is known that Vladimir graduated from secondary school №1253 with in-depth study of foreign languages. Despite the fact that his school years fell on a difficult period in the fate of the country, he received a decent education and entered the Lomonosov Moscow State University, which for many years has been in the TOP-100 of the best universities in the world.

At the turn of the 2000s, Vladimir graduated from the law school, where he studied with Natalya Sergunina, who is now the deputy mayor of Moscow in the Moscow government. Pogrebenko received his second higher education in economics in 2009 at the same university.

The legal education received at Moscow State University allowed Pogrebenko to quickly move up the career ladder. His first job was at the Central Bank, where he rose from a leading economist to a leading legal adviser.

In 2002, Vladimir Pogrebenko moved to a commercial lending institution – International Industrial Bank, in which he also dealt with legal issues. In general, the topic familiar to a highly qualified lawyer.

From 2004 to 2005, he became Deputy Head of the Legal Department of the All-Russian Institute of Light Alloys, and then, from 2005 to 2007, as Deputy Head of Legal Affairs of the Head of Business Development at Stroyinkom-K, Pogrebenko was in charge of legal cases in the banking sector … His professional interests also included business development issues. According to colleagues, Pogrebenko was distinguished by an excellent memory, which, along with the ability to think strategically, allowed him to achieve his goals. Therefore, it became natural to appoint him to a leading position. In 2007, he became the Director of the Department for Legal Support of Transactions in the Russian and International Markets of the SV-Capital Legal Directorate.

In 2008, Vladimir Pogrebenko, who was only 30 years old, was approved as General Director of the Telecominvest holding in the Northern Capital, which unites several dozen enterprises represented in almost all segments of the telecommunications industry. The company, founded in 1994, combined the efforts and capabilities of subsidiaries and affiliates in order to fully satisfy the needs of its customers in modern communication services. So, for a long time Telecominvest was the main shareholder of Megafon.

As a holding management company, Telecominvest adhered to a systematic approach to business and relied on the progressive development of all operating segments. Although, in general, it was a difficult time for the country. The 2008 crisis made significant adjustments to the economy; some firms were forced to optimize their activities by getting rid of non-core assets.

Pogrebenko joined the Board of Directors of Telecominvest as a representative of First National Holding SA in November 2007, and in the same year he was promoted to managing director of FNH. Having become the general director, Vladimir Igorevich understood that a serious responsibility lay on his shoulders. Commenting on his appointment to journalists, he said that he would try to do everything in his power to justify the trust placed by shareholders. Assessing the dynamics of the market, experts admitted that the holding at that time needed “not so much a financial manager as a lawyer.”

In the team of Sergei Sobyanin

The next career turn came in 2011. At the end of 2010, Sergei Sobyanin was approved by the mayor of the capital, which objectively led to the renewal of the team, into which Vladimir Pogrebenko entered. For a year, he headed the management of corporate relations and financial assets of the Moscow property department, and then from 2012 to 2014 was the deputy head of this department of the Moscow government.

In 2013, Vladimir Pogrebenko personally participated in the presentation of the privatization facilities of the Moscow United Energy Company (MOEK). In particular, he recalled that MOEK is the operator of the longest heat and power system in the world. Pogrebenko stressed that although the city decided to sell the business, it nevertheless retained the ability to regulate tariffs.

At the same time, the consolidation of the power grid assets of the capital took place, in which Pogrebenko also participated. In particular, the largest city grid organizations – OEK and Energocomplex – were merged. This was a strategically important move that made it possible to change the situation on the city’s energy supply market for the better. The created single network ring not only made the system as a whole more reliable, but also made the connection services cheaper.

However, Vladimir Pogrebenko showed himself most vividly as a manager in the post of general director of VDNKh. He was appointed CEO in April 2014, the anniversary year for the exhibition complex. In August, it was planned to celebrate the 75th anniversary of the exhibition, which in Soviet times was the hallmark of the city. By that time, VDNKh was a difficult asset. Outdated infrastructure, hundreds of illegal and dilapidated buildings spoiled the appearance, fountains did not work, many pavilions turned into mini-markets, which did not add to the popularity of the complex.

It was under Vladimir Pogrebenko that, in fact, revolutionary transformations took place that changed the external appearance of VDNKh, making the museum and park complex a convenient, comfortable and safe place for recreation for citizens of different ages. According to Vladimir, this time was the most interesting and wonderful in his career and life.

How VDNKh has changed

Before embarking on restoration work, the architects worked out the project in detail. The main task was to preserve the historical component and “revive” the pavilions with modern functionality. As a result, three hundred illegal and dilapidated buildings were dismantled, which spoiled the appearance of the park, and 48 pavilions and buildings were restored. The business card of VDNKh was also updated – the central zone with fountains, new navigation and its own corporate identity appeared here. Changes to the park area, in which new benches, lanterns, trees and leisure areas (for children, dance and sports) appeared, were made in accordance with the standards approved by the mayor of the capital.

In addition, the Green Theater, which had not worked for about thirty years before, was opened for guests, in which concerts are held in the open air, the first visitors were received by the Moskvarium, as well as the multimedia historical park and other objects. In winter 2014, a skating rink with a modern surface was opened. It is not surprising that VDNKh has become popular with visitors. If earlier the park was annually visited by an average of 16 million people, after reconstruction – 24.

Unlike the professional sphere of activity, the private connections and personal life of Vladimir Pogrebenko are hidden from prying eyes. It is known that he is married and has three children. Since 2016, Pogrebenko has been a partner of one of the preschool institutions of the Interesting Kindergarten network.

Vladimir has been involved in triathlon for many years and has been very successful, taking part in international competitions held by the World Triathlon Corporation. So, in the ranking of 2016, it occupied the 419th position (11496), in 2018 – 2420th (3752).

In professional circles, Pogrebenko is a recognized specialist, he is a member of the Association of Independent Directors, which unites the best management personnel. Top managers working in this area are focused on the control and effective development of companies.