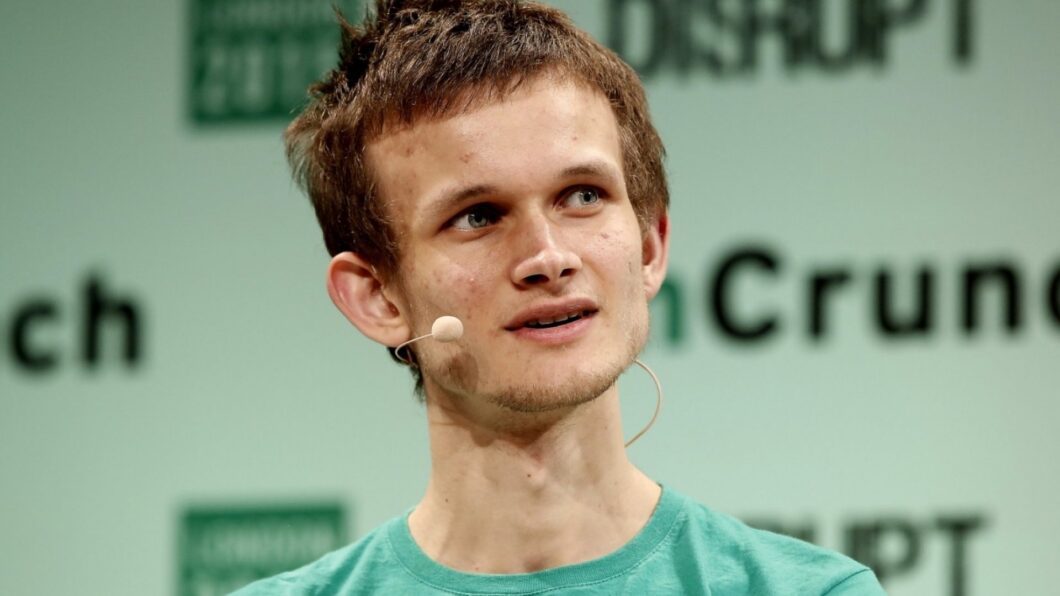 Vitalik Buterin is a Russian-Canadian programmer who gained worldwide fame as a co-founder of the Ethereum cryptocurrency and as one of the founders of Bitcoin Magazine, winner of the World Technology Award-2014 in the IT-Software category.

In 2017, Bloomberg included him in the list of the most influential people on the planet, he was also included in the ratings of thirty especially promising young entrepreneurs under 30 (Forbes) and forty especially important leaders under 40 (Fortune), and was also named the professional of the year in business newspaper “Vedomosti”.

In 2018, in the first-ever Forbes list of the richest people who got rich on cryptocurrency, he took 17th position (out of 19) with a fortune of $ 400-500 million. For reference, the rating was headed by American Chris Larsen, who, according to the publication, earned up to $ 8 billion.

The future cryptocurrency genius was born on January 31, 1994 in the Moscow suburb of Kolomna. His father Dmitry and mother Natalia studied at that time in one of the capital’s universities at the Faculty of Computer Science. They were helped by their grandparents to raise their son.

Little Vitalik received his first computer as a gift from his dad when he was 4 years old. The computer became his favorite toy. It is noteworthy that the most interesting activity for him was not video games, but writing macros in Excel.

In 2000, their family emigrated to Toronto (according to some sources, only father and son moved to Canada after a divorce from his wife).

Many facts testified to the boy’s innate predisposition to the exact sciences. So already at the age of 6, he knew by heart 20 digits after the decimal point of the number “pi”, at the age of 7 he invented and created by means of Excel a fabulous universe where rabbits lived. Everything in it was controlled and regulated using strict formulas with graphs and instant calculations.

In the 3rd grade of school, he performed mathematical operations with three-digit numbers in his mind much faster than his peers, and he was transferred to a class for gifted children. At the age of 10, he became familiar with the C ++ programming language and began developing computer games. The last one, called tutorial, was so difficult that only Vitalik himself and another user could win.

He then attended the private high school Abelard School in Toronto. The four years spent in it, he later called one of the most interesting and productive in his life. He liked the close communication of students and teachers practiced there, the progressive form of presentation of educational material, its in-depth study. As an adult, he was skeptical about traditional education, considering it more important to teach children to think and reason rather than memorize certain facts or concepts.

In 2011, the young man first heard from his dad about the digital currency – bitcoin. At first, he was skeptical – can virtual money have an intrinsic value? But then he became imbued with the revolutionary idea of ​​restructuring the entire economy, began to visit specialized forums, study the mechanisms of operation of bitcoin projects, earn cryptocurrency by writing review and analytical articles. He spent his first 8.5 bitcoins on buying a T-shirt.

In the same period, the Romanian programmer Mihai Alisi, who was familiar with Buterin’s articles, suggested that he jointly establish a thematic magazine Bitcoin Magazine. They started publishing it electronically and in paper form. Vitaly was the author of most of the publications: in total, he wrote over 400 articles.

What books does Vitalik Buterin recommend to read?

After high school, he entered the University of Waterloo, but left after his freshman year to pursue blockchain. The father did not approve of his decision: he advised his son to get a higher education, which guaranteed him a subsequent job in any prestigious company, including Apple or Google. But Vitalik showed character and insisted on his own.

In 2013, he went on a trip around the world, meeting the same enthusiasts, programmers who were involved in software development and blockchain applications not only for finance, but also for other things. While researching various crypto projects, he began to understand the limitations of bitcoin. When he was in Israel, he got the idea to create a universal crypto platform.

At the end of the same year, he returned to Toronto and wrote a white paper titled “White Paper”, which revealed the potential benefits of his concept of online services, based on smart contracts, dubbed Ethereum. Then he sent it out to fifteen friends for criticism. They, in turn, showed the project to their friends. After a couple of weeks, about 20 people expressed their readiness to take part in its implementation.

In particular, the development team of the Ethereum platform included programmers Gavin Wood and Mihai Alisi, a supporter of decentralized technologies Anthony Di Iorio, and a mathematician Charles Hiskinson. They raised funds for the implementation of the project through a crowdsale. During the same period, Buterin received a Thiel scholarship of $ 100,000, given to young people who want to pursue their innovative ideas, rather than wasting time in colleges.

In 2014, he introduced Ethereum to the public at the North American Bitcoin Conference in Miami. In July 2015, its blockchain platform was launched.

The gifted and versatile programmer has participated in the creation of other projects, for example, Kryptokit. He also worked on the editorial staff of Ledger magazine, which published original articles on cryptocurrencies and blockchain technology.

In May 2016, for the first time since leaving Russia, he came home, where he met with representatives of the Central Bank and the government.

There is practically no information about the private life of the founder of one of the most advanced blockchain platforms.

He does not smoke, prefers green tea to alcoholic drinks, is interested in rationalistic philosophy, describes his political beliefs with the offensive term “cuckservative”, applied to insufficiently conservative conservatives.

He lives in Singapore and is actively engaged in self-education, learns Chinese.

In June 2017, information appeared on the Internet about the tragic death of Vitalik Buterin in an accident. After that, the price of ether immediately fell by about 15 percent. But he soon denied the news by posting his selfie on Twitter.

In 2017, Vitalik was a guest of the St. Petersburg International Economic Forum, where he met with Russian President Vladimir Putin. They discussed the directions of development of Ethereum and the possibilities of using blockchain in the country.

In January 2018, he stepped down as general partner at Fenbushi Capital, a Chinese blockchain startup investment fund, but remained on his staff as a consultant.

In February of that year, he donated 2.4 million in Ether to the SENS Research Foundation, which is working to create anti-aging methods.

Vitalik Buterin about himself, bitcoin, ether and government