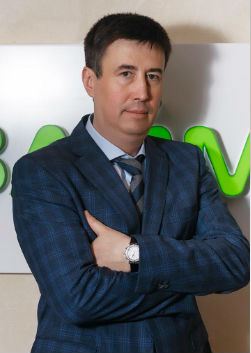 Bikbulatov Valery Vyacheslavovich is a Russian financier, financial expert with over 20 years of experience in the field of credit operations.

Valery Bikbulatov was born on December 4, 1971 in the village of Seryshevo, Amur Region. In 1988 he graduated from school number 7 in the village of Kultuk, Slyudyansky district, Irkutsk region. After receiving a diploma of secondary education, he entered the full-time form of education at the Irkutsk Institute of National Economy, at the Faculty of Engineering and Economics of Mining and Construction. In 1993 he graduated from the institute with a diploma in mining engineer-economist.

The entrepreneur is married, the couple raised three children. Currently, Valery Vyachesloavovich lives with his family in Irkutsk. His hobbies are chess and ice fishing.

In 1999, for the initiative and carrying out the first transaction with mineral raw materials within the bank, as well as for the stable and independent development of the branch, he was awarded the Certificate of Honor of Sibacadembank OJSC.