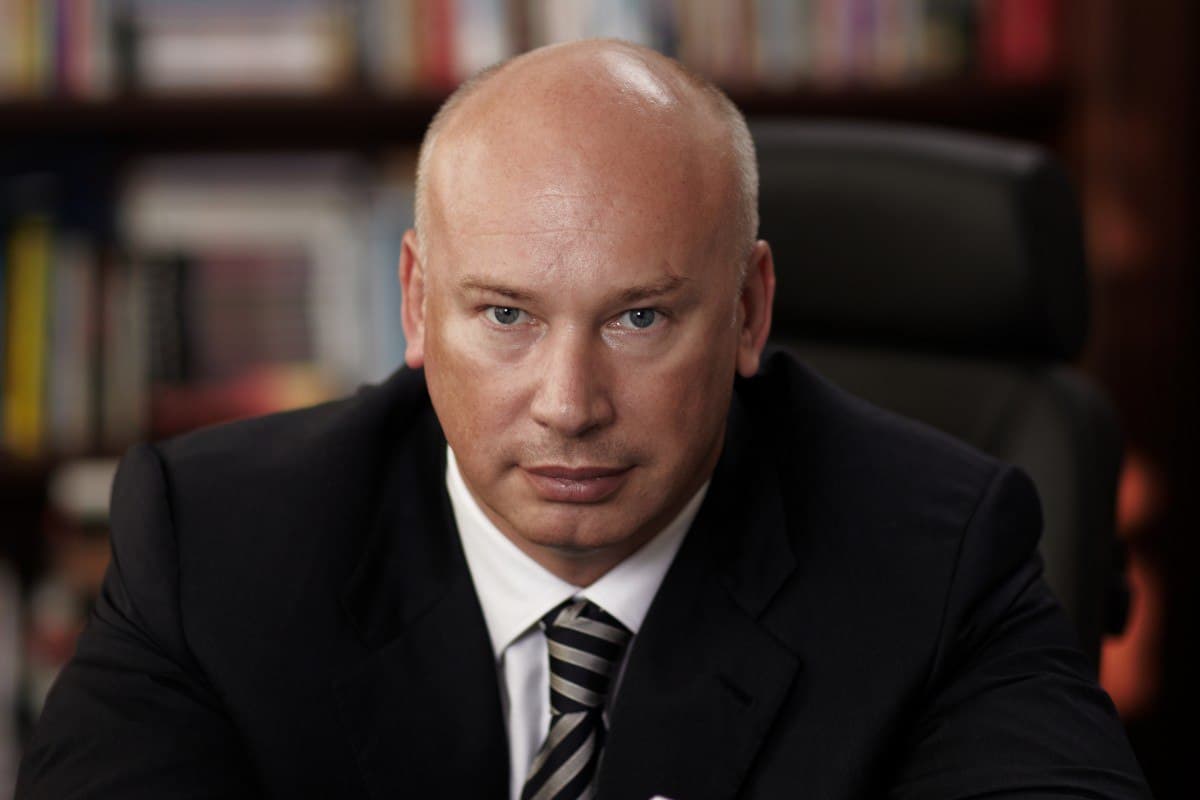 In 1996, while visiting his friends the Slutskers Volodya and Olga in their country house in Monte Carlo, he fell off the cornice and fell from the height of the second floor, receiving a spinal injury. After the incident, despite health problems and the practical loss of business, he overcame both psychological and material problems, saved and increased his capital, and did not lose interest in entrepreneurial activity.

According to friends, when a crisis happened, he never panicked, but argued that a crisis is a renewal. Boyko’s personal fortune in 2023 is estimated at $ 1.1 billion, and he is ranked 85th in the list of the richest Russians.

The future person involved in the “golden hundred” of Russian billionaires was born in the capital on September 28, 1964. The head of their family was the general director of the enterprise for flight tests of NPO Vzlyot, their mother was a researcher at the Research Institute of Medicinal and Aromatic Plants.

Parents assigned their son to a physics and mathematics school. Since childhood, he possessed not only outstanding abilities for mathematics, but also a host of other talents. For example, in martial arts – he earned a black belt in karate, in business – he embodied the idea of ​​creating a section on this Japanese martial arts in an educational institution and gained his first experience in entrepreneurship.

In 1981, Oleg entered the Moscow Aviation Institute, the Faculty of Aircraft Radioelectronics. Already from the 2nd year, he worked simultaneously with his studies at the information and computing center of Moscow State University. Then he continued his studies at RANEPA. Then he created a cooperative trading in computers and software.

Before receiving a spinal injury, he could simultaneously work on almost a dozen projects in parallel, among which was the OLBI-Diplomat chain of foreign exchange stores, the creation of the first plastic card in Russia, real estate transactions, banking institutions, TV channel shares, a share in the Izvestia publishing house, magazine “Ogonyok”, luxurious club “Metelitsa”.

Oleg Boyko founded the Finstar investment holding in 1996. In 1999, in partnership with metal trader Alexander Abramov, Oleg Boyko began to exchange debts of metallurgical plants for their shares, establishing Evrazholding. He subsequently sold his stake, according to media reports, for $ 600 million.

In 2002, he began to create his main business, which made him a billionaire – he acquired, together with Boris Belotserkovsky, a manufacturer of video game machines, the Vulcan gambling chain, on the basis of which the Ritzio gambling holding was established. The Ritzio Entertainment Group soon became the largest gambling holding in Eastern Europe. The businessman owned the Russian lotteries – “Sportloto”, but then sold them to Sberbank. In connection with the tightening of policy in the gambling sphere, the businessman parted with all his gambling businesses in Russia.

In 2007, Oleg Boyko acquired a majority stake in the retail St. Petersburg retailer in the cosmetics and perfumery segment Rive Gauche. For 5 years the company has taken the 2nd place in terms of turnover in the segment. In 2012, he ceded a controlling stake and kept 24% for himself. In 2012, Finstar focused on fintech projects and the digital financial services sector.

In 2015, the holding announced plans to invest over $ 150 million in the development of R&D directions of portfolio companies and in companies in the field of payment systems, marketing, data processing and credit risk management, engaged in the provision of financial services in Russia, Europe, the CIS and Asian countries. All companies in which the holding invests exchange experience and services. The products of the companies in which Finstar invests are aimed at people who are excluded from the traditional financial services sector (underbanked), or are dissatisfied with the quality of banking services (underserved).

Interests outside of business

Oleg Boyko produced the film Sin City 2: A Woman Worth Killing For. The second part was written by the author of the original graphic novel Frank Miller, produced by the Weinstein brothers, starring Bruce Willis, Mickey Rourke, Jessica Alba and Eva Green. Boyko also planned to become a partner in the directorial debut of Scarlett Johansson, a film based on Truman Capote’s novel Summer Cruise, but the actress’s plans changed due to a happy stage in her life, to become a mother

Boyko founded the Parasport Foundation for the Support of Paralympic Sports in 2006 and directs the Commission for the Development of the Russian Paralympic Movement under the Russian Paralympic Committee. In 2014, he acted as the host and creative director of the talk show “Heroes of Our Time”, which was filmed at the XI Winter Paralympic Games in Sochi. The plot focuses on the stories of people who, despite insurmountable difficulties, achieve success in sports, politics, economics, social activities, business and culture. These are stories of people’s victories over the circumstances and stereotypes of society. The show was co-hosted by the famous Russian TV journalist Alexander Lyubimov and showman, resident of the Comedy Club Vadim Galygin.

Oleg is the owner of an extensive collection of colored glass figurines, antique books, ultra-modern and elegant real estate, including a 44-meter yacht Blade, an apartment in Riga, apartments in Dubai, real estate in Kiev, a penthouse in Monaco, a villa on the Italian Lake Como.

He also had an apartment in the capital of the United Kingdom, located in the same building where Prince Charles lived. And he even drove a Daimpler car of the same model as the Prince of Wales, but black, in contrast to the royal, who preferred the blue color of the vehicle.