Legal earnings in RuNet is not a myth. And you can earn money not only on the online sale of physically existing goods or the provision of services, but also entirely on Internet products. Modesco Holding receives income from the purchase and management of information sites and Internet services. Business in such a niche will allow the company to receive a net income of half a million rubles a year.

Numerous calls to make money on the Internet have already set the teeth on edge for Internet users and are perceived with skepticism. However, there are examples of a real Internet business that is not related to the offline sphere and brings a good legal income to its owners.

Business on the Internet without fraud is a reality

One of the interesting and large-scale Russian Internet projects has become the Modesco holding. The owner of Modesco, a young entrepreneur Denis Larionov, managed to create his own business from scratch, based on investing in the websites of other entrepreneurs. 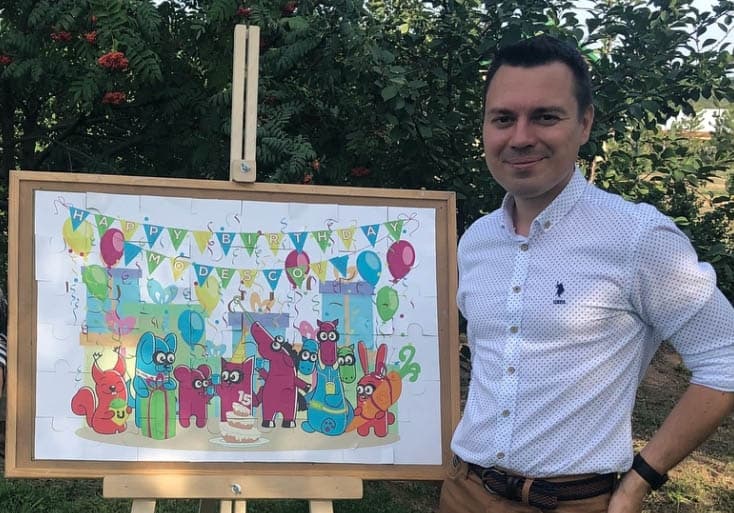 Rice. 1. Denis Larionov celebrates the anniversary of his company

The idea to make money by investing in Internet projects and creating your own did not come to Denis Larionov immediately. For a long time, from 2003-2007. the young man was engaged in the usual development of websites to order. At the same time, he created and launched a couple of his own online resources, Electronic Library and Songs. Accords”, small income from which kept the entrepreneur afloat, helping to develop a web studio for website development. Having profitably sold his sites in 2007, the entrepreneur came to understand that this could become an independent source of income. This was the beginning of the history of vigorous activity in the sale and purchase of sites.

For reference: at the moment, the company’s assets include 4 copywriting exchanges, an exchange for the sale and purchase of sites and more than 200 information resources.

The activity of the entrepreneur is framed in the form of an individual entrepreneur with the main type of activity “62.09 activities related to the use of computer technology and information technology, other”.

Denis Larionov is also the head and founder of Text Media LLC, one of the largest projects acquired by Modesco.

How does Modesco Holding earn money?

Modesco as a business is a holding company in the niche of buying and selling websites. The essence of the business is the acquisition of a promising interesting project, its promotion, earning money on advertising and its subsequent resale.

Helpful information: How to run an online advertising campaign on your own.

The structure of the holding has two main areas:

The direction of information resources is engaged in:

The company employs about 60 professionals who are able to provide a full cycle of creating and maintaining an online project.

The direction of Internet services is focused on the management and development of large content exchanges:

Modesco receives funds for business development from private investors who want to make money in the IT sector. The holding team acquires the project with the investor’s money, manages it for a small percentage, and after reaching the payback period, the holding receives a share in the project.

The Modesco owner’s approach to choosing a project worth investing in has changed. If at the initial stage the main criterion was a quick payback, then in the future the main concept of the company was “environmental friendliness”. The task of the holding team is to create high-quality and convenient services and the most useful content in Runet. With a focus on quality and usefulness, decisions are made to purchase and support the development of a particular project.

Modesco has recently launched a new project called Monica. And copywriters who want to work are invited there. They must first pass a literacy test by writing a trial text. 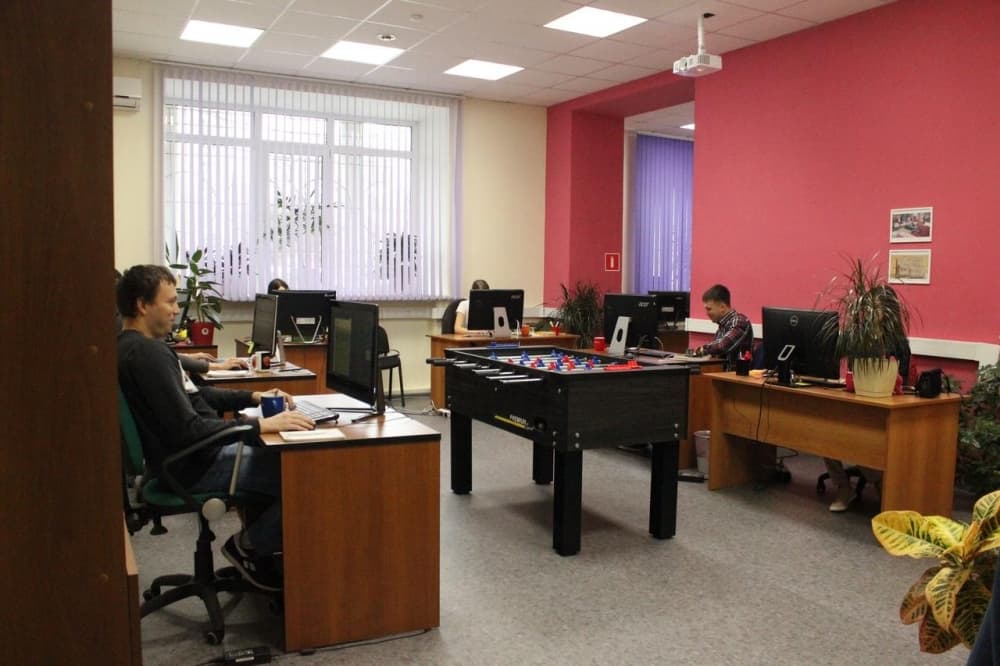 Rice. 4. Work in the Modesco office

How much income does Modesco bring to its owner

It is difficult to accurately estimate the holding’s income, because. a significant part of the settlements is made through electronic payments. However, there is information about the income of the company Text Media LLC, officially registered with the Federal Tax Service, whose founder and head is Denis Larionov.

At the end of 2017, the organization received a net profit of half a million rubles. Considering that the holding has various shares in many active Internet projects, we can conclude that investing in Runet sites can bring good income. According to unofficial sources, the business brings Larionov more than one and a half million rubles of net profit per year.