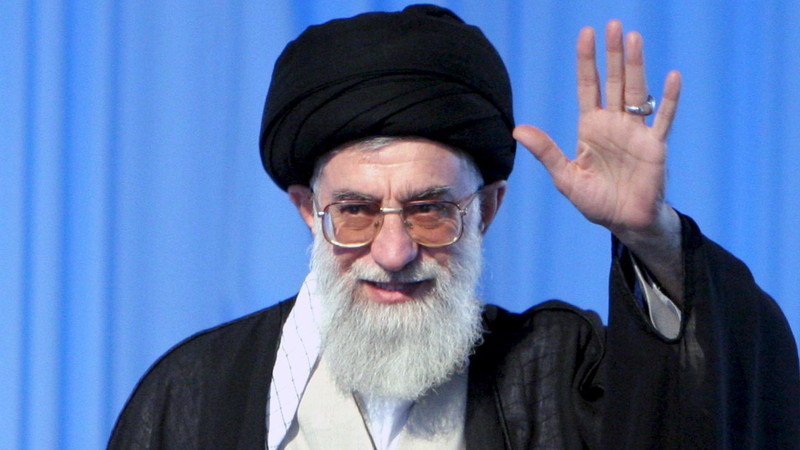 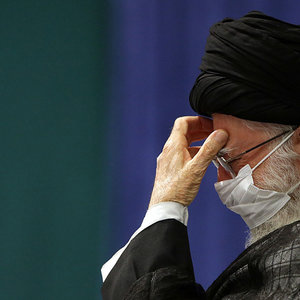 The Iranian leadership branded the UAE “eternal shame” for the deal with Israel. The emirs answered

Ayatollah Seed Ali Hosseini Khamenei - Iranian politician and spiritual leader of Azerbaijani origin. President of Iran (1981-1989), one of the closest associates of the leader of the Islamic Revolution, Ayatollah R. Khomeini. Supreme Leader of Iran since 1989.

Place of Birth. Education. Ali Khamenei was born on July 17, 1939 (Tir 24, 1318) in Mashhad and was the second of eight children in a family. Azerbaijani by origin. Khamenei belongs to the Seyids, the descendants of the Prophet Muhammad. His grandfather, Seyed Hossein, was a prominent cleric in Azerbaijan, in particular in Khiabani and Tabriz, and then moved to Iraq, to ​​the holy city of An-Najaf for Shiite Muslims. His father, Ayatollah Syed Javad Hosseini Khamenei, was a madrasah teacher and later a member of the city ulema of Mashhad. Mother, the daughter of Khodjat-ol-Islam, was from Yazd. Aunt Khamenei was the wife of Sheikh Mohammad Khiyabani, who led the national liberation movement in Iranian Azerbaijan in 1920 against the Shah's rule.

At the Mashhad Shiite Theological Academy (Havza), his mentors were Haj Sheikh Hashem Ghazvini and Ayatollah Milani. In 1957, Khamenei moved to a theological school in Najaf, and the following year to Qom, where he studied theology until 1964. In Qom he met Ayatollah Hussein Borujerdi and also Ruhollah Khomeini. Khomeini's radical views had a strong influence on Ali, he began an active anti-Shah activity. In 1964, Khomeini was expelled from Iran, and Ali was arrested by SAVAK in Birjand, but was soon released and returned to Mashhad. From 1963 to 1975, Khamenei went to prison five more times, spending a total of several months in prison.

Islamic revolution and presidency. During the reign of Shah Mohammed Reza Pahlavi was a figure in the Islamic opposition associated with Ayatollah Khomeini, and during the Islamic Revolution in Iran, a member of the revolutionary council. In 1981-1989 he was the President of Iran, and in 1989 the Council of Experts elected him as the Supreme Leader of the country. Khamenei is a supporter of Islamic conservatism.

He is called one of the three figures who significantly influenced the Islamic Republic of Iran (the other two are Khomeini and Ali Akbar Hashemi Rafsanjani).

With the participation of Hassan Rouhani in the summer of 2015, an agreement was signed on the Common Comprehensive Plan of Action on Iran's nuclear program. Thanks to the signing and implementation of the first terms of this agreement, a number of international sanctions were lifted from Iran. In particular, Iran gained access to more than $100 billion of assets, which were mainly held in banks in China, India, Japan, South Korea and Turkey and were previously frozen as a result of the imposition of sanctions. In addition, according to the Iranian Central Bank, nine Iranian banks are connected to the SWIFT system.

In early 2016, President Xi Jinping visited Iran. During his visit, a number of agreements were signed to increase trade between the two countries to $600 billion over 10 years. At the same time, Ali Khamenei said that he never had confidence in Western countries, instead, Iran will continue to develop relations with "independent and reliable" countries, such as China.

At the end of January 2016, the first visit of the President of Iran to Europe in 16 years took place. During this trip, for the first time since 1999, the Pope received an Iranian president: on Tuesday, January 26, 2016, Rouhani was received by Pope Francis at the Vatican.

Family. Ali Khamenei married in 1964 Khojasta Khamenei, with whom they had four sons (Mojtaba, Mustafa, Masoud, Masyam) and two daughters (Boshra and Hoda). The son of Mojtab married the daughter of Gholam-Ali Haddad-Adel, who at one time held the post of chairman of the Majlis. According to Haddad-Adel, Khamenei leads an "ascetic lifestyle."

Khamenei is fluent in Persian, Azerbaijani and Arabic. Speaks a little English. Translated several books from Arabic. He is fond of Persian poetry. In his youth he was fond of football, today he prefers hiking in the mountains in his free time.