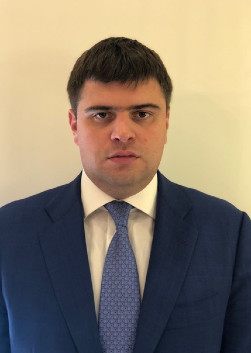 Ilya Vadimovich Shuvalov was born into an ordinary Soviet family in the Ivanovo region in June 1983. Literally a year before the birth of the future entrepreneur, his parents, Vadim and Lyudmila, graduated from the local energy institute and soon ended up in Surgut. Therefore, the childhood and youth of Ilya Shuvalov passed in this city. Here he graduated from high school and entered the university at the Faculty of Law.

However, Ilya Shuvalov soon realized that he wanted to get a higher education in the capital – he transferred to a Moscow university. After graduating from Moscow State Law Academy, he became a certified lawyer, but decided to develop in a different direction. The young man was always fascinated by business, in which he plunged headlong after graduation. He opened his first and one of the most successful enterprises in Surgut, the city where he spent his childhood and youth.

At the very start of his business career, Ilya Shuvalov opened a restaurant in Surgut. The first institution of Ilya Vadimovich was called Liberty, it quickly became popular among the townspeople. Against the background of other local restaurants, Liberty stood out for its unusual design and varied European cuisine. Quite quickly, the project expanded, such establishments appeared not only in Surgut. Similar restaurants have opened in Nizhnevartovsk, Astrakhan, and even in the country’s capital, Moscow.

Ilya Shuvalov did not limit himself to one network of establishments with European cuisine. He began to look for new ideas and projects, he was driven by the desire to diversify his business activities. After traveling to Uzbekistan and Georgia, the businessman got excited about the idea: Shuvalov decided to create establishments where one could taste the national food of these countries. So two new points appeared at once: Divan-Saray, a restaurant of Central Asian cuisine, and Georgian khinkal Mamiko. These two projects of Ilya Vadimovich also won the favor of the public. And the businessman himself, without leaving the restaurant business, switched to other areas.

As a result, Ilya Vadimovich Shuvalov took part in the development of several large business ideas. It is worth emphasizing: none of them was connected with the restaurant business, the entrepreneur wanted to try himself in a fundamentally different area. As a result, the demanded projects were successfully implemented. Businessman:

Later Shuvalov Ilya also became interested in information technology. For several years, together with his team, he has been developing an algorithm for finding the best routes for passengers of any type of transport in any city. The tool is now actively used by Turisto.

Ilya Vadimovich Shuvalov is married twice. From his first marriage, he left a daughter with whom he maintains a close relationship and tries to devote his free time to the maximum to her. Now he lives in Moscow with his second wife. The businessman loves fishing very much: sometimes he goes out into nature specifically to fish.

Another entrepreneur devotes a lot of time to spiritual life. He made pilgrimages to holy places with the monks more than once. Currently helping religious organizations. In the city of Ivanovo, where the businessman comes from, he sponsors the construction of a temple.