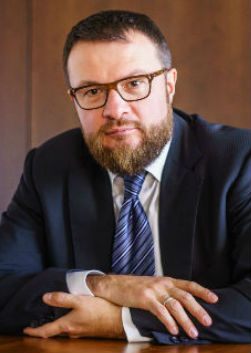 Ilya Viktorovich Shcherbovich is a Russian investor, whose fortune was estimated by Forbes magazine in 2017 at $950 million, including him among the two hundred richest businessmen in Russia.


Now Shcherbovich is known as the founder and leader of the United Capital Partners investment group of companies, which owns 77.7% of its capital.

Ilya Shcherbovich was born on December 23, 1974 in Vladimir. From an early age he was interested in the exact sciences, was fond of chess. But he also had to pay attention to the humanitarian sphere – this was required by the program of the language school.

In 1991, after graduating, Shcherbovich entered the famous “Pleshka” (Plekhanov Russian University of Economics), choosing the specialization “Economics and Business Management”.

Ilya Shcherbovich: the beginning of a career

Ilya Shcherbovich began to build a career long before graduation. In 1992, an 18-year-old sophomore joined the privatization department of the International Finance Corporation (IFC), which is part of the World Bank.

In 1994, the Federal Commission for the Securities Market offered Shcherbovich a position as a stock market monitoring consultant.

In his last year, Shcherbovich again received an offer to change jobs – this time it was really fateful. The young specialist joined the United Financial Group (UFG), just founded by former Deputy Prime Minister and Finance Minister Boris Fedorov in cooperation with the leading banker of the European Bank for Reconstruction and Development Charles Ryan.

The next 12 years for Shcherbovich passed under the auspices of the UFG. It was this company, which was engaged in a wide range of business services, from financial consulting to asset management, that gave him an indispensable experience that helped him to truly grow professionally.

Shcherbovich began his career at UFG as head of the financial products structuring department. In 1998, he became a shareholder of the company, and two years later he headed the investment banking division of UFG.

Already in 2002, Shcherbovich became, in fact, the third most important person in UFG after its founders, having received the position of president of the company. Under his leadership, UFG, once a brokerage firm, became one of the largest investment banks operating in the Russian market.

Shcherbovich has built a dedicated team of corporate finance professionals who have handled hundreds of M&A and ECM transactions over the years. In 2004 alone, Shcherbovich’s team helped three hundred corporate clients.

In 2003, Deutsche Bank, Germany’s largest bank, became interested in UFG’s prospects. By 2006, UFG was completely bought out by the Germans. After the deal, Fedorov and Ryan did not apply for leadership positions. Fedorov’s attention turned to the development of UFG Asset Management, which did not come under the influence of Deutsche Bank, and after the Russian investor died of a stroke in 2008, the reins of power passed to Ryan.

Therefore, it was Shcherbovich who headed the Deutsche UFG company, which was formed as a result of the takeover of UGF by Deutsche Bank. Under his leadership, the company continued to operate in the Russian market, dealing with IPO, SPO, and M&A transactions.

Press conference after the closing of the deal for Deutsche Bank’s purchase of a stake in UFG and the creation of Deutsche UFG, 2003

In 2007, Shcherbovich invested his share of the UFG sale in his own project, the United Capital Partners (UCP) investment group, which quickly became one of the most influential investment companies in Russia. So, according to Forbes, by mid-2013, the total assets of UCP amounted to $3.5 billion.

The company keeps up with the times, collaborating with promising organizations from the IT industry. So, in 2013, UCP bought out a 48% stake in the largest Russian-language social network VKontakte, and 1.5 years later resold them to Mail.Ru Group. Experts estimate the profit received by Shcherbovich’s company at $570 million. The company also invests in Internet startups – in 2014, UCP invested in the YouDo project, which is looking for employees to solve everyday problems.

Of course, over the years of work has not been without conflicts. Thus, Transneft and Mail.ru Group accused UCP of greenmail, that is, of selling shares to the issuing company at an inflated price under the threat of a hostile takeover or creating difficulties in work. Shcherbovich did not agree with the accusations of his opponents, pointing out that he was only defending the rights of shareholders.

Shcherbovich is married and has two children: a son and a daughter. Together with his family, he travels and plays sports. In one of the interviews, the entrepreneur named his three priorities in life: family, work and fishing. And if the entrepreneur does not spread much about his family, then a lot is known about his hobby.

The merits of Shcherbovich have been repeatedly recognized by the International Game Fish Association. In her book of records, you can find a 142-cm Siberian taimen caught by an entrepreneur weighing 30.4 kilograms. Another record catch of Shcherbovich is the Danube taimen weighing 13.74 kilograms, caught on the Austrian Mur River. Taimen, the largest fish of the salmon breed, he prefers to catch with fly fishing, that is, with artificial bait.

For Shcherbovich, fishing goes far beyond a simple hobby. Thus, the investor is one of the founders of the Russian Losos charitable association, which is engaged in the protection of salmon species in the waters of the Russian Federation. In addition, Shcherbovich is on the board of directors of the Wild Salmon Center (“Wild Salmon Center”), the largest salmon conservation organization.


He also owns a fishing base on the Ponoi River in the Murmansk region. The advantages of this cozy corner of nature have been appreciated by many world-famous politicians: Dmitry Medvedev, Sergey Ivanov, Jimmy Carter, Dick Cheney, Paul Walker.