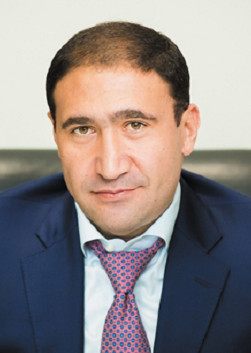 Ilgar Allazovich Hajiyev is a developer of Azerbaijani origin, also known in Russia (as the head of SDI Group), Georgia, Turkey and other countries of the near abroad. Founder of the investment corporation “Akkord”.

In the photo: Ilgar Hajiyev

Ilgar Hajiyev was born on July 3, 1973 in the Azerbaijani family of Allaz and Shamama Hajiyev, who lived in Armenia. When the young man was 15, an ethnic conflict began in the country over disputes over the territorial affiliation of Nagorno-Karabakh, and Ilgar and his family had to leave the country. They lost almost all their property, and yesterday’s friends suddenly became enemies.

Due to the difficult situation, he failed to get a higher education (already later, at the age of 34, he will receive a diploma from the Dagestan State University with a degree in state and municipal management, followed by a second higher education – economics).

Life put Ilgar before the fact: if you want to live, know how to spin. And at the age of 17, yesterday’s schoolboy was forced to earn his own living. However, being by nature a person not inclined to feel sorry for himself, Hajiyev began his career in the field of construction, and two years later earned his first million on building materials.

After the black page in the history of Azerbaijan was turned over, Hajiyev realized that his historical homeland needs enterprising, courageous, talented businessmen now more than ever.

After 1993, the economic recovery began in Azerbaijan, but the oil sector developed mainly. President Heydar Aliyev called on businessmen to invest in the country’s economy, but few responded. Ilgar Hajiyev did not lose by investing his capital in the residential real estate sector. He made a fortune himself, helped Azerbaijan’s economy and provided comfortable and affordable housing for thousands of families. As he later said in an interview:

I just took a chance where the rest of us were cowardly.

The year 2005 is considered the date of foundation of the construction and industrial investment company “Akkord”. The business developed rapidly: after 7 years, the company’s revenue reached $500 million, more than 7 thousand people worked for Accord.

The Corporation participated in the construction of such regional facilities in Azerbaijan as motor communication in the East-West and Baku-Shemakha directions, the airport named after Aliyev, pedestrian underpasses, highways, road complexes of the republic.


In 2012, Akkord was awarded the European Quality Award and the status of Construction Company of the Year (according to the jury of the Caspian Energy Integration Award.

In 2013, Akkord-stroy entered the markets of neighboring countries (Georgia, Kazakhstan, Ukraine, Turkey). In 2014, the company entered the Russian development market under the SDI Group brand. Ilgar Hajiyev himself at that time and until 2017 served as executive director of the All-Russian Congress of Azerbaijan.

In 2014, Akkord began to build facilities in Moscow and the Moscow region. At first, the company was engaged in the construction of roads, and then switched to residential complexes. In total, under the auspices of the SDI Group, more than 700 thousand square meters of housing were commissioned at the following facilities:

In the Moscow region, the SDI Group has built a number of shopping malls, business centers, schools and kindergartens, as well as a riding school.

Why has Akkord always been ahead of many other companies in the construction industry? Firstly, the entire construction process excluded intermediaries: the production of building materials was carried out by the Akkord structures, as well as the design and construction itself. Thanks to this, the final cost of housing was less than that of competitors. And the quality was higher than that of competitors, since the management of Akkord did not consider it shameful to seek help from foreign specialists.

Ilgar Hajiyev’s company was the first of all developers in Azerbaijan to receive an ISO 9001-2000 certificate confirming compliance with international standards.

Akkord has always considered the interests of the company’s employees, realizing that people are the main value of any project. Therefore, for all participants in the construction process, safe and most convenient working conditions were provided with careful observance of safety regulations.