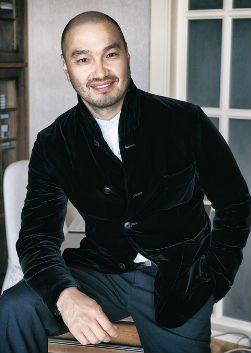 Erkin Tatishev is a co-owner and chairman of Kusto Group, an industrial holding with an annual turnover of over $ 1 billion. The company invests in the development of various sectors of the economy. Interests include agriculture, building materials, mining and real estate development projects.

Photo from the site dni.ru

Kendo is the Japanese art of fencing. Photo source: e-history.kz


The first years of work

Erkin Tatishev was born in Kazakhstan in 1976. After leaving school, he entered the Moscow State Academy of Management (now the State University of Management). It was the middle of the nineties – a time of great breaks and changes. By the third year of study, the future entrepreneur realized that life needs to be changed here and now. While he sits at his desk, someone is making progress and building the future. In 1996, 21-year-old Erkin Tatishev left the academy and returned to his native Kazakhstan.

To apply the knowledge gained in practice was to be in Zhitikar, a small town in the north-west of Kazakhstan. The region has relied on the work of the Kustanaiasbest mining and processing plant for many years. The economic situation at the enterprise had a strong impact on the city and its inhabitants. The plant met the post-Soviet era with outdated equipment, stagnant management practices and indifference on the part of product buyers.

Erkin Tatishev became one of the young managers. They were required to revive the enterprise, and with it the entire city of Zhitikara. The management team worked almost around the clock, changing the management structure and making it more efficient. From the budget of the plant, they began to allocate money for meals for schoolchildren, supported cultural institutions. The cost savings made it possible to invest in supporting the city.

Erkin Tatishev is among the young managers. Photo from the site Almau.edu.kz


Thanks to the team of Yerkin Tatishev, JSC “Kustanaiasbest” withstood the devaluation of the ruble in 1998, 95% of production began to be exported. The resulting profit was reinvested in the company. Zhitikara has also changed. Today it is a well-groomed city with its own stadium, swimming pool, park and developed infrastructure.

The difficult years showed Erkin Tatishev what partnership, team spirit and openness are. These principles formed the basis of the Kusto Group.

The industrial and investment holding Kusto Group was founded in 2002. The company’s philosophy differs from the usual business conglomerates. From the outside, the structure of the holding resembles rather an amalgamation of like-minded companies. There is no strict vertical structure, planning is flexible, and management is aimed at nurturing talent within the holding.

The Kusto Group has over 8,000 employees worldwide. Photo source: Esquire.kz


The Kusto Group conducts business based on the cultural traditions of the area. This is how the holding builds the foundation for creativity and partnership. According to this principle, a development project – Diamond Island in Vietnam was implemented. This is an elite residential complex with its own infrastructure and recreation area. The dwelling is designed for several generations, so that entire families can settle in it. This fits into the concept of an Asian family tradition.

Today the holding unites more than 8000 employees who work on 4 continents in 10 countries.

The experience of Erkin Tatishev in Zhitikar showed that innovation is a matter of business survival. In the nineties, enterprises of the former USSR were forced to adjust to the market. Some of them could not stand the competition. The management of such enterprises did not invest in the development of production and did not pay attention to the changing world.

Erkin Tatishev is convinced that a favorable environment must be created for innovation. Otherwise, they simply have nowhere to appear. Good practices in one company can be useful in others. Therefore, the Kusto Group encourages an active exchange of knowledge, listens to new ideas and does not dwell on failures.

An example of knowledge exchange between companies. In Ukraine, the agricultural direction Kusto Agro cooperates with the Cropio startup. The latter supply advanced sensors and satellite imaging systems. Thanks to them, it was possible to reduce losses, increase yields and introduce new farming methods. Kusto Agro gained an edge over the competition, while Cropio gained the client and the field for experimentation.

Erkin Tatishev pays great attention to non-commercial projects. In 2005, the entrepreneur, together with his friends, founded the Yerzhan Tatishev Foundation, named after his late brother. The foundation awards educational grants to young people and aims to develop leadership skills.

In 2017, Erkin Tatishev opened High Tech Academy in Almaty, a school based on the principles of project-based learning. The educational institution is more like a construction site where theories and life situations are tested. Children learn to think critically, analyze and take responsibility for decisions.

In January 2019, Erkin Tatishev announced the recruitment of talented musicians to participate in the international symphony orchestra at the Tsinandali Festival international competition.

In 2018, Erkin Tatishev ranked 11th in the ranking of the richest businessmen in Kazakhstan according to the regional Forbes. He continues to lead charity projects and manage the Kusto Group.


Today, an entrepreneur is investing more and more funds in his native Kazakhstan. In his opinion, the country has a huge potential for development, and everyone should provide all possible assistance to their native land.