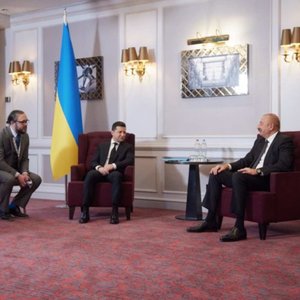 Childhood, education. Born in Istanbul. In 1965 he graduated from the Piyale Pasha Primary School, in 1973 from the Imam Hatip Religious Lyceum. Since the diploma of the religious lyceum was not enough to enter the university, Erdogan passed the final exams at the Eyup lyceum. The family lived in poverty, and since childhood, Erdogan had to earn extra money as a street trader.

Since 1969, Erdogan has been actively involved in football as part of a number of youth teams, and in secret from his father, who did not approve of this hobby.

He received his higher education at the Faculty of Economics and Commercial Sciences of the University of Marmara, from which he graduated in 1981. While still at university, Erdogan became an activist in the National Turkish Student Association.

Career. In 1976 (according to other sources - in 1975) he headed the youth cell of the pro-Islamist National Salvation Party in the Istanbul district of Beyoglu, and then the youth branch of the party in Istanbul. Erdogan held these positions until the military coup on September 12, 1980, after which the activities of all then-existing political parties were banned.

Until 1980, Erdogan also worked in the Istanbul transport organizations, but after the putsch he lost his job. After that, for several years he worked as a manager in the private sector and was engaged in business, in 1982 he served in the army.

1994-1997 - Mayor of Istanbul He was forced to resign, and soon the Welfare Party was banned. In 1998, Erdogan was sentenced to ten months in prison for publicly reciting Islamic poetry at a rally. He served four months - from March to July 1999 - and was released early.

August 2001 - after the ban of the Virtue Party, he became one of the founders of the Justice and Development Party and was elected its chairman. In the November 2002 elections, the party won a majority of seats in parliament, allowing it to form a one-party government.

2003-2014 - Prime Minister of Turkey The merits of Erdogan as prime minister include the monetary reform of 2004-2005, which led to a decrease in inflation, the fight against corruption, the construction of new social institutions and power plants.

Since August 2014 - President of Turkey, leader of the Turkish ruling Justice and Development Party.

June 24, 2018 in Turkey passed extraordinary presidential and parliamentary elections. Recep Erdogan won in the first round, 53% of voters voted for him, while 31% of voters supported the leader of the opposition Republican People's Party Muharrem Ince. According to constitutional changes from 2017, the president of the country will be both head of state and head of government, taking over the functions of the prime minister.

Family. He is married and has four children - two sons and two daughters.