Vladimir Zelensky until recently was better known as a comedian-showman and actor. However, now the artist has entered the political arena as a candidate for the presidency of Ukraine. In addition to a bright creative biography, he also demonstrates success in business. Created in 2003 on the basis of the KVN team, Studio Kvartal-95 has become a solid commercial project.

The famous Ukrainian showman and comedian Vladimir Aleksandrovich Zelensky has become a very prominent person in big politics. Running for the presidency of Ukraine, Zelensky successfully passed the first round, gaining more votes than the rest of the contenders. The further position of this candidate in the rating will become clear after the second round of elections.

In the meantime, the attention of fellow citizens and foreign media is riveted to the applicant for the post of head of state. In particular, Zelensky’s business is of great interest. His “Studio Kvartal-95” became a very successful commercial project, releasing humorous programs and working on the film market. In 2015, the studio entered the top three most successful and sought-after “stars” of Ukrainian show business, according to Forbes, earning $ 3.5 million.

It can be said with full right that KVN became the basis for Vladimir Alexandrovich’s success in this area.

School, the beginning of the game in KVN

Vladimir Zelensky was born in Krivoy Rog on January 25, 1978. Since the father, a doctor of technical sciences, was sent to Mongolia, the family went with him. Vladimir lived in Mongolia for 4 years, where he went to school and finished first grade. Then the family returned to Krivoy Rog again. The boy studied well, graduated from school with only two fours.

Even at school, his artistry was noticeable. Vladimir was engaged in ballroom dancing, although not for long. But in the future it was very useful in performances on stage. He played the guitar and sang. Then, at school, in the 11th grade, the game of KVN began.

The name of the subsequently created team “95 quarter” is not accidental, it combines a lot: school number 95, graduating in 1995 and 95 quarter located near the school.

At the same school, Vladimir met his future wife Elena. They got married in 2003. Currently, the family has two children – a boy and a girl.

After graduating from school, the guy entered the Krivoy Rog Economic Institute of KNEU named after V. Hetman at the Faculty of Law. According to his mother, he did not particularly like the specialty, but his parents still insisted on it, wanting their son to get a good education:

“… he found his way. My son did not really want to become a lawyer, but we somehow persuaded him. And then Vova unlearned and said: “You know, it will be very hard for me if I have to condemn a person. I can’t give a year. It’s not for me.” 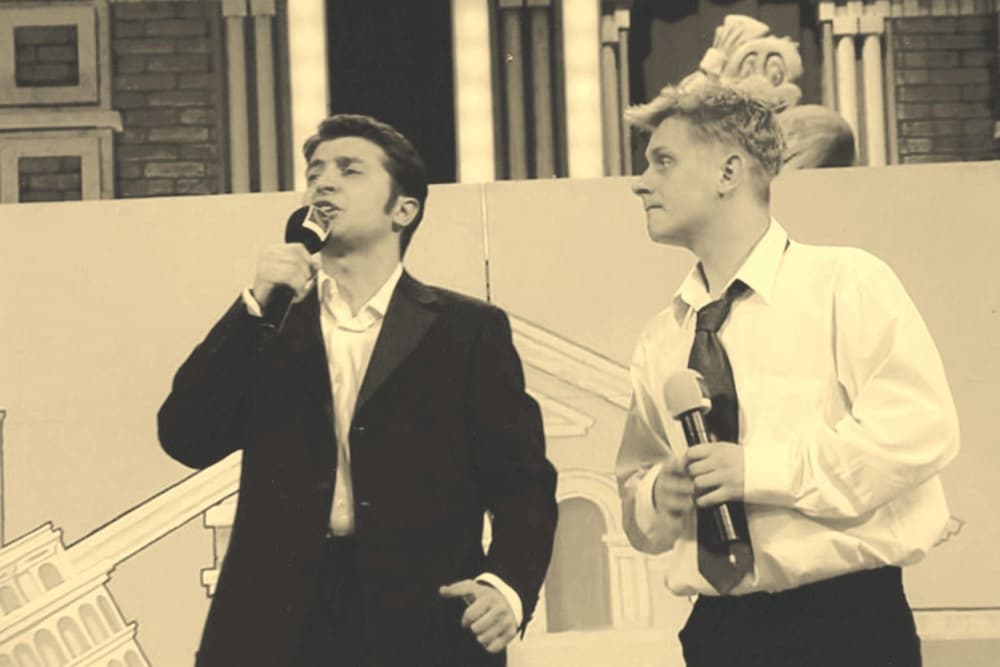 When Zelensky was 17 years old, he was invited to the team “Zaporozhye – Krivoy Rog – Transit”. Later, “95 quarter” appeared. Here Vladimir became a captain, actor and lyricist. Since 1998, the team has been successfully performing, winning KVN awards, but in 2003 a conflict arose with the club’s management. The reason was a violation of the rules established by the company of Alexander Maslyakov, – active participation of children in commercial projects, including filming in Fort Bayard. In the same year, Studio Kvartal-95, which replaced the KVN team, entered into agreements with the channels Studio 1 + 1 and STS, and later with the Inter channel.

Since 2007, the studio began to cooperate with the Inter channel on the basis of an exclusive agreement. The most famous television projects: 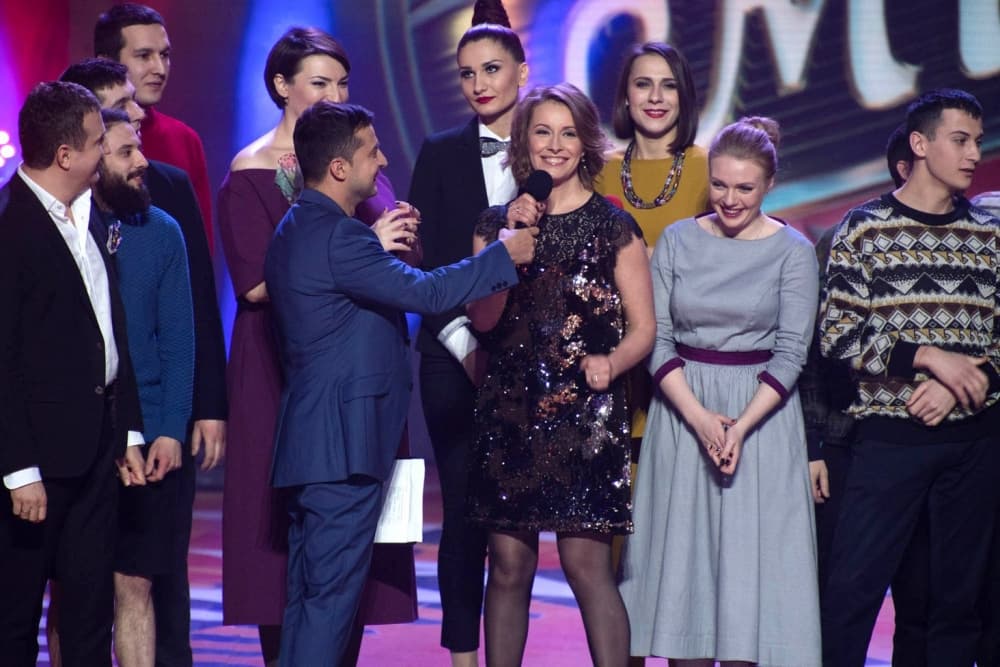 Rice. 2. On the stage of the League of Laughter

In the fall of 2012, the contract with this channel was terminated, and the studio began to work with 1 + 1.

In addition to humorous programs, the studio is successfully engaged in the release of television series and films. Among them:

The humorous team gradually became a vertically structured holding. Now it is a successful production studio, known not only in Ukraine but also abroad. The company includes divisions of the television and film industries, an animation studio, an author’s group and an acting workshop. It also includes the promotion department “Kvartal-concert”. The team includes more than 400 people. 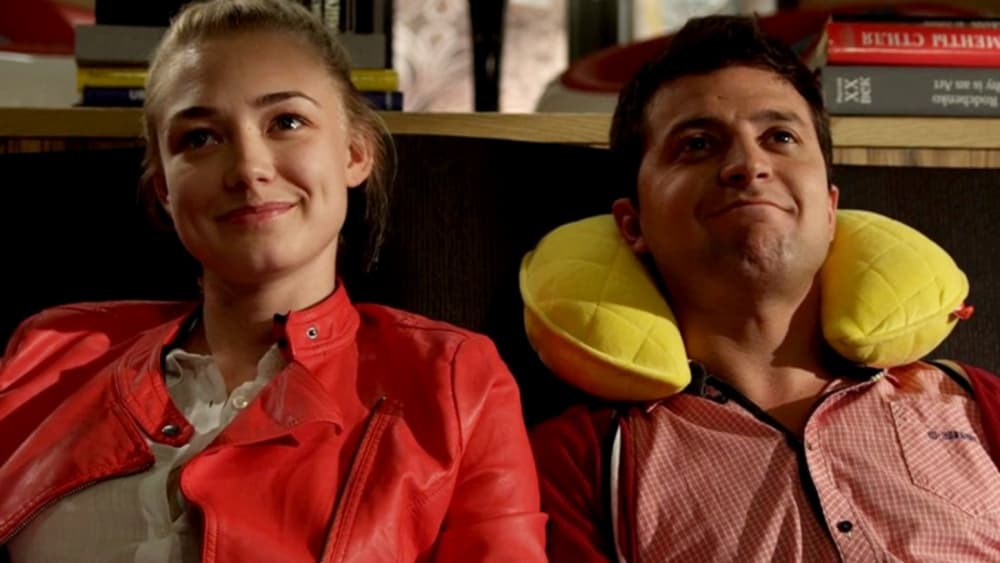 Vladimir Zelensky is called the founder of the Empire of Laughter by the media.

Four people initially owned the company: Zelensky himself, Andrey Yakovlev, Boris and Sergey Shefiry. In 2009, the composition of shareholders changed – most of the assets began to belong to the Cypriot company Art Fox Studios Ltd.

According to Ukrpatent, Vladimir Aleksandrovich owns about 30 trademarks, some of them in the form of a share with other owners. Among such brands are “League of Laughter”, “Fairytale Russia”, “Matchmakers”, “Laugh the comedian” and others.

As a presidential candidate, Zelensky has officially stated that he has no business in Russia. However, it is known that three Russian companies are owned by the Cypriot company Green Family LTD, one of the beneficiaries of which is V. Zelensky. The same company is a co-owner of Studio Kvartal-95.

According to I. Bakanov, a lawyer for the Kvartaltsy, I. Bakanov, the studio continues to receive royalties for films shot earlier and continuing to be broadcast in Russia. Royalties will be received until 2023-2023. According to Bakanov, in 2014-2017, the profit from showing these films in Russia amounted to about $13 million.

So, Vladimir Zelensky is now not only a showman and a successful entrepreneur, but also a politician.

He spoke about his work and plans in an interview with Dmitry Gordon: