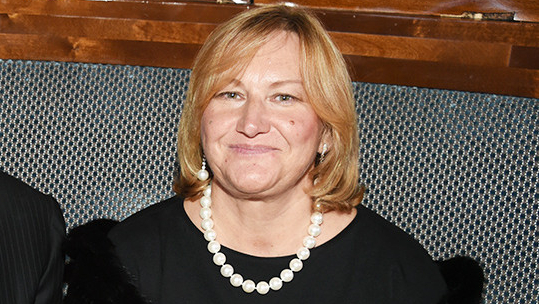 Place of Birth. Education. She was born in Moscow. Graduated from the Ordzhonikidze Moscow Institute of Management.

Career. 1980-1982 – Design Technician, Senior Design Engineer of the Department of the Chief Technologist of the Frezer plant.

1982-1989 – Researcher at the Institute for Economic Problems of Integrated Development of Moscow, Head of the Secretariat of the All-Russian Union of United Cooperatives, Chief Specialist of the Moscow City Executive Committee’s Commission on Cooperative Activities.

From 2006 to 2011 – Deputy Head of the Interdepartmental Working Group on the Priority National Project “Affordable and Comfortable Housing for Citizens of Russia”, member of the Commission for the Development of the Affordable Housing Market under the Presidential Council for the Implementation of Priority National Projects and Demographic Policy.

Having sold Inteko, in 2011 Elena Baturina moved her business abroad. Currently, its assets include a hotel chain (Ireland, Czech Republic and Russia), a renewable energy project (Italy, Cyprus and Greece), a membrane construction company (Germany), development projects in the United States and the European Union. She also actively invests in a number of real estate development and investment funds engaged in the construction of residential and commercial real estate in Europe and the United States.

In the ranking of world billionaires, compiled by Forbes magazine in 2018, Elena Baturina with a fortune in $1.2 billion retained the title of the richest woman in Russia, the Russian billionaire in the world for the 13th year in a row. In the ranking of the 200 richest entrepreneurs in Russia according to Forbes in 2018, Baturin is in 79th place.

In 2019, she took 81 positions in the ranking of the richest businessmen in Russia with $ 1.2 billion.

In 2023, for the first time she lost the championship to the owner of Wildberries Tatyana Bakalchuk ($ 1.4 billion), keeping her fortune at the level of 2019 at $ 1.2 billion.

Regalia. She was awarded a number of state, public awards and prizes.