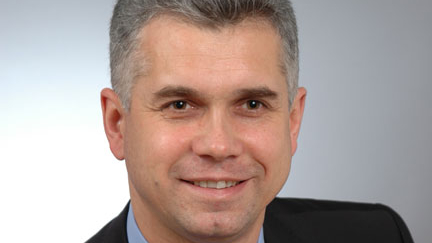 Place of Birth. Education. Born in Bakhmach, Chernihiv region. In 1988 he graduated from the Moscow Higher Combined Arms Command School. Armed Forces of the RSFSR. In 1994 – Faculty of Law of the Military Red Banner Institute of the Ministry of Defense of the Russian Federation (now – the Military Academy of Economics, Finance and Law of the Armed Forces of the Russian Federation). In 2002-2003 completed his doctoral studies at the National Academy of Public Administration under the President of Ukraine. PhD in Law (1999).

Career. 1988-1990 – platoon commander of a motorized rifle regiment of the Southern Group of Forces (Hungary).

1990-1991 – platoon commander of a motorized rifle regiment in Lugansk.

1994-1999 – Lecturer, Senior Lecturer of the Military Academy of Strategic Missile Forces named after F. Dzerzhinsky of the Ministry of Defense of the Russian Federation (Moscow).

2000-2002 – Director of the Center for International Projects and Cooperation of the Russian Academy of Public Administration under the President of the Russian Federation (Moscow).

Since 2005 – Associate Professor of the Department of Civil Law Disciplines of the Kiev National University of Culture and Arts.

Political career. In 2007, during the early parliamentary elections, Bout led the headquarters of the Chernihiv regional organization of the People’s Self-Defense movement, which has been headed by Yuriy Lutsenko since its inception. He became a deputy of the Verkhovna Rada of Ukraine under No. 61 of the electoral list of the Our Ukraine – People’s Self-Defense bloc. Member of the Verkhovna Rada Committee on Justice.

On March 1, 2011, he moved from the NUNS faction to the Party of Regions faction.