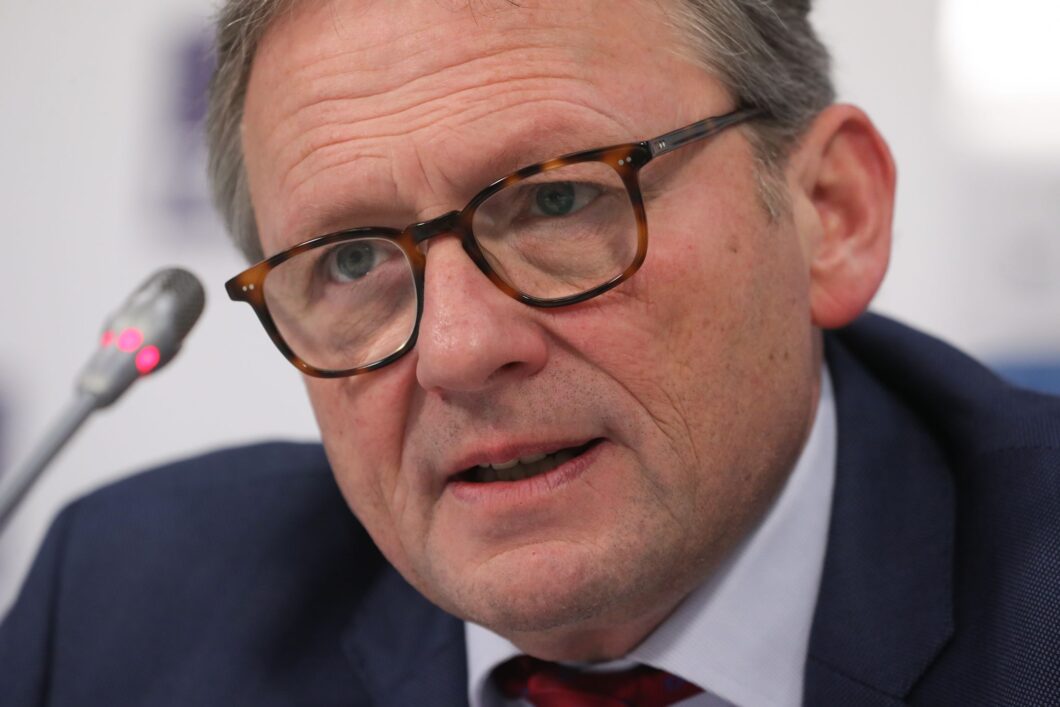 Boris Yuryevich Titov is a business ombudsman, a millionaire authorized by the head of state to protect the rights of entrepreneurs, the founder of his own company for the export of petrochemical products Solvalub, the head of its subsidiary Interkhimprom, the owner of the Abrau-Dyurso sparkling wines plant (whose proceeds in 2013 reached 152 million dollars), the ex-chairman of “Business Russia” (DR) – a union of representatives of domestic business, positioned as an intellectual center.

The presidential ombudsman is the leader of the Growth Party, which is considered not only an expression of his personal political ambitions, but also another “Kremlin spoiler” designed to take away votes for the democratic opposition in elections and thereby reduce its chances of winning. He was openly called a “puppet of President Putin” back in 2011, after the announcement of the DR’s intention to join the All-Russian Popular Front, created in support of United Russia.

In November 2017, Boris Titov announced his intention to participate in the 2018 presidential elections.

Childhood and family of Boris Titov

The future politician and oligarch was born on December 24, 1960 in the family of an employee of the Ministry of Foreign Trade and had all the prerequisites for a great start in life and career.

His paternal grandfather was the chief physician, and his ancestors came from the nobility. My grandmother worked as a nurse and was from a simple peasant family. His mother’s great-grandfather, an Orenburg Cossack, was married (for 6 years) to a gypsy woman who bore him a daughter, Boris’s grandmother. The maternal grandfather, Yakov Moiseevich Mazur, was a native of Kiev.

From 6 to 10 years old Boris lived and studied in New Zealand, where his father was sent on duty. Returning to his homeland, the young man graduated from one of the capital’s special schools with an English bias and became a student at MGIMO. Knowledge of foreign languages ​​allowed him to visit Peru (as a translator) and, having defended a diploma of qualification of an international economist in 1983, got a job at Soyuznefteexport (under the patronage of his father-in-law, a friend of the head of this association).

In 1989, the future millionaire received an offer to head the chemical direction from the founders of the Soviet-Dutch joint venture Urals, where, in particular, Gennady Timchenko, a friend of Vladimir Putin, who later became a co-owner of the oil trader Gunvor, worked.

In 1991, Boris Yuryevich, together with business partners, bought out the British organization Solvalub. In 1992 he moved to London permanently, where he became the main owner and head of the SVL Group. In order to diversify the activities of his company, a terminal was built in the Latvian commercial port “Ventspils”, and in 1994 the seaport “Kavkaz” was bought out. Thus, together with Gazprom, they created the Azot corporation, which united the securities of four enterprises producing mineral fertilizers.

SVL’s revenues soon reached $ 800 million, and by the beginning of the new millennium had grown to one and a half billion. The owner of the enterprise himself headed the agrochemical enterprise, was elected head of the Fund for the Development of the Mineral Fertilizers Industry and became the owner of a private jet. In 2000, Boris Titov also got a place in the leadership of the national union of industrialists, and in 2003 he headed the NP Gas Market Coordinator.

In 2004, the oligarch became the head of Delovaya Rossiya, in 2005 he became a member of the Public Chamber, in 2006 he successfully invested in wine production: his SVL Group acquired the Abrau-Dyurso trademark, having achieved a 5-fold increase in wine sales by 2014.

In 2007, he was elected to the Supreme Council of United Russia, in 2008 he headed a similar body of the Civil Force, then became one of the leaders of the Just Cause political force.

Speech by Boris Titov, Presidential Commissioner for the Protection of Entrepreneurs’ Rights

In 2010, the entrepreneur headed the Council of the Union of Winegrowers and Winemakers of the Russian Federation, and also acquired (for approximately € 10 million) the old Chateau d’Avize winery from the world champagne producer Moet & Chandon.

Taking the post of business ombudsman in 2012, Titov handed over the management of Abrau-Dyurso to his son. More than $ 150 million in annual revenue for the wine house was provided not only by the sale of sparkling drinks, but also by wine tourism. The number of those wishing to visit the plant and relax in a comfortable hotel overlooking the lake and mountains reached about 130 thousand people annually. By 2023, the owners intended to bring the capitalization of the wine house to one billion dollars.

In addition to this, the main asset of the family, the presidential advisor is the owner of a poultry farm in Rzhev, an office center in the capital, and is listed as the head of the microfinance company Express Capital, which supports their wine enterprises in international settlements.

Address by Boris Titov, Chairman of the “Party of Growth”

In 2016, the politician became the head of the Just Cause political force, after which it was renamed into the Party of Rosta.

According to the income statement published in 2016, over the previous year he earned about 209 million rubles. He owned an apartment in Moscow, a home in the Moscow region, a manor in Spain and 5 cars.

The businessman is married. With his wife Elena, they met and got married while studying at the institute. In 2012, Titov’s wife became the director of the All-Russian Museum of Decorative, Applied and Folk Art.

The young man is a graduate of the British University Business School John Cass. Initially, he worked for the large investment bank Merrill Lynch, where he oversaw mergers and acquisitions (M&A) as an analyst. Since 2007, he has been an employee of the ABN Amro banking institution. His responsibilities included working with treasury bonds, bonds and other debt securities.

Successfully moving up the career ladder, he soon became vice president of one of the branches of this financial conglomerate. In 2009, he entered the family business, began working at Abrau-Durso, supervised the Chateau d’Avize project, and headed Express Capital, whose president is his father. The young man lives in the capital of Foggy Albion. From the photographs he posted on Facebook, we can conclude that he has two children.

Maria, like her brother, received a European education. She studied at Imperial College London, after which she took up marketing. In November 2011, the girl became a participant in the annual debutante ball in the Column Hall of the House of Unions, organized by the secular publication Tatler.

On November 26, 2017, the media announced Titov’s intention to run for president from the Party of Growth. Boris Yuryevich briefly explained the theses of his political program. In his opinion, Russia needs serious economic changes, while reforms must be supported by the people.

Stability does not work for the future – it only works for today. We need not only stability, but also movement forward.

The politician promised that if he wins, he will put the interests of entrepreneurs at the forefront, will take into account the interests of small and medium-sized businesses and will do everything so that business in Russia develops freely.