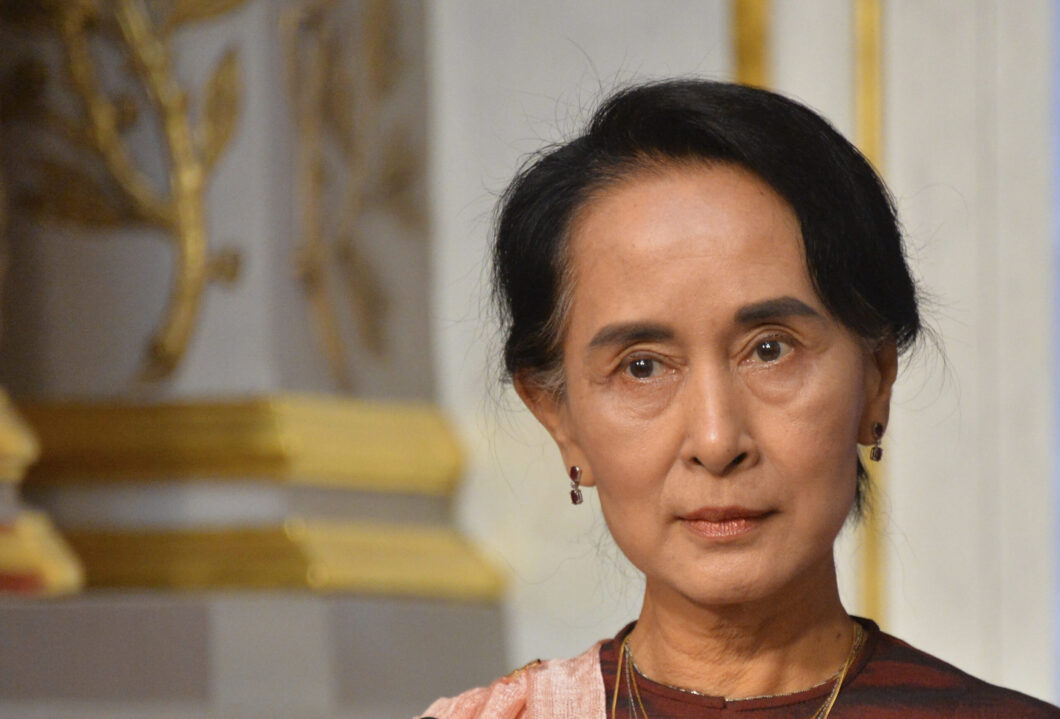 Aung San Suu Kyi – Burmese and Myanmar politician, leader of the National League for Democracy, a party, opposition military junta, Nobel Peace Prize laureate (1991). For about 15 years, the military kept her under house arrest. Since 2016 – Minister of Foreign Affairs of Myanmar and State Counselor (a position roughly corresponding to the Prime Minister).

Aung San Suu Kyi was born on June 19, 1945 in Yangon, the daughter of the first leader of independent Burma (now Myanmar). Her father Aung San, founder of the modern armed forces of Myanmar and negotiator in 1947 with the British Empire for the independence of Burma, was killed along with several other members of the government in 1947. Aung San Suu Kyi was raised by her mother, a famous politician, Khin Zhi, who, in addition to Aung San Suu Kyi, had two more sons.

Aung San Suu Kyi’s mother was able to gain the favor of the country’s new government and was appointed ambassador to India in 1960. The daughter followed her mother and continued her education abroad in New Delhi. She graduated from college in 1964. Aung San Suu Kyi then attended St. Hugh’s College, Oxford University. She received her BA in Philosophy, Politics and Economics in 1969. After graduating from University, Aung San Suu Kyi lived in New York and worked at the UN for 3 years, mainly dealing with financial issues.

Subsequently, Aung San Suu Kyi received her Ph.D. from the School of Oriental and African Studies, University of London in 1985. She was elected an honorary member of the university in 1990.

In 1988 she returned to Burma. And in September of the same year she became one of the leaders of the opposition National League for Democracy (NLD). In the country’s first free multi-party elections in May 1990, the NLD won more than 80% of the seats in the Myanmar parliament, but the ruling military junta regime ignored the election results. Aung San Suu Kyi ended up under house arrest, where she stayed until 1995. The junta put her under house arrest twice more – from 2000 to 2002 and from May 2003 to 2010).

In 2010, Aung San Suu Kyi was unable to vote because her party was banned and she herself was still under house arrest.

The media were banned from visiting Aung San Suu Kyi. However, representatives of the government held meetings with her. So, on September 26, 1994, she met with General Than Shwe, the chairman of the military junta. Several times during her arrest, Aung San Suu Kyi’s health deteriorated and she was hospitalized as a result.

The Myanmar government kept Aung San Suu Kyi under house arrest because it viewed her as “capable of undermining the peace and stability of society.” One of the articles of the 1975 State Protection Act was used against Aung San Suu Kyi, which gives the authorities the right to deprive citizens of their freedom for up to 5 years without a court order. Aung San Suu Kyi constantly tried to challenge her detention, with many nations and politicians campaigning for her release and the release of 2,100 other prisoners in the country.

On November 12, 2010, one day after the junta-created Union of Solidarity and Development Party won the first elections in 20 years, the government agreed to release Aung San Suu Kyi.

Parliamentary elections were held in Myanmar on November 8, 2015. The National League for Democracy won the majority of votes in both houses of parliament. With 329 seats in parliament, she was able to appoint the government and president of the country. According to the transitional constitution, a quarter of the seats in parliament are reserved for representatives of the armed forces, and they will retain their influence on political decisions. The Myanmar army and incumbent leader, General Thein Sein, have pledged to ensure a peaceful transfer of power. However, Aung San Suu Kyi herself, in accordance with the recently introduced constitutional restrictions, could not take the presidency, since her husband is British, and her adult children have citizenship of other states.

Since March 30, 2016 – Minister of Foreign Affairs. April 6, 2016 Appointed State Counselor of Myanmar. This new position, corresponding to the prime minister, allows for work in all areas of government, as well as acting as a liaison between the executive and legislative branches of government.

On February 1, 2023, a coup d’etat took place in Myanmar: the military detained Aung San Suu Kyi, President Vin Mying and other top officials, after which they announced that power would be transferred to them for a year. The same evening, Aung San Suu Kyi was released, but on February 3, she was formally charged with illegal possession of radios at home, and Aung San Suu Kyi was accused of violating laws on import and export of goods.

In December 2023, Aung San Suu Kyi was sentenced to four years in prison for allegedly “inciting a violation of coronavirus restrictions.”

In October 1991, Aung San Suu Kyi was awarded the Nobel Peace Prize, but the authorities did not allow her to leave the country and receive the award. For Suu Kyi, her sons received the Nobel Prize.

Also, Aung San Suu Kyi is a laureate of the “Professor Torolf Rafto Memorial Prize” (1990), and in 2008 she was awarded the highest US award – the “Congressional Gold Medal”.

Aung San Suu Kyi was awarded the highest award of France, the Order of the Legion of Honor. The award was presented by Alain Juppe, Minister of Foreign Affairs of the French Republic, who had arrived specially.

In 2014, according to Forbes magazine, Aung San Suu Kyi was ranked 61st among the most powerful women on the planet.

Aung San Suu Kyi is dedicated to the song “Walk On” by the famous group U2.

In 1972, Aung San Suu Kyi married the Tibetan scholar Michael Eiris. Two sons were born in their family: Alexander and Kim. In 1997, Michael Eiris, who lived in Bhutan, was diagnosed with an incurable prostate cancer.

He turned to the Government of Burma with a request to meet with his wife, and this request was supported by Pope John Paul II and UN Secretary General Kofi Annan. The Burmese government did not allow him to enter the country to see his wife and invited Aung San Suu Kyi to leave the country to meet with him.

Aung San Suu Kyi did not dare to leave the country, fearing that the military junta would not let her back in. Michael Eiris died in 1999 on his 53rd birthday. In the last ten years of his life, he was able to see his wife only five times, the last time was on Christmas Day in 1995.