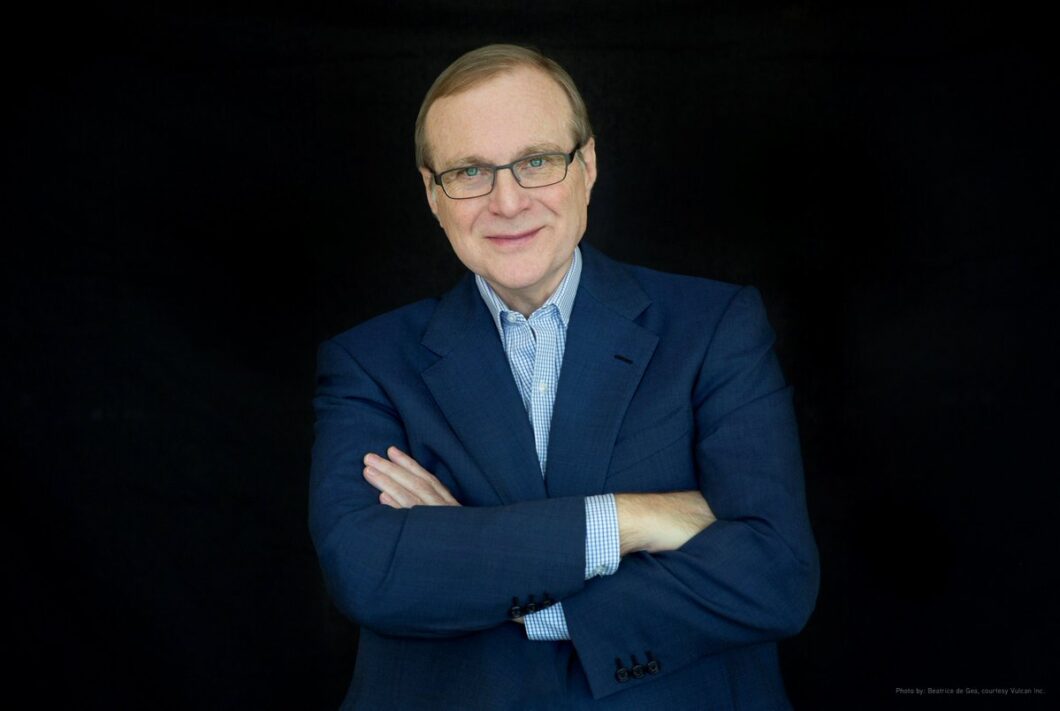 Paul Gardner Allen (eng. Paul Gardner Allen) – American entrepreneur, investor, philanthropist, co-founder of Microsoft Corporation, which he founded together with Bill Gates in 1975. As of June 2017, he is estimated to be the 46th richest person in the world, with an estimated net worth of $ 20.2 billion.

Paul Allen was born on January 21, 1953 in Seattle, Washington. Allen was born in the family of teacher Edna Fay Gardner and military Kenneth Samuel Allen, who since 1960 worked as assistant director of the library complex at the University of Washington. Paul learned to read before school, from childhood he loved technology. In the fourth grade he was seriously engaged in chemistry, in the sixth – in electronics.

In 1960, after grade 6, Paul entered Seattle’s most privileged school, Lakeside. There he became friends with a future business partner, Bill Gates, who was almost three years younger but had a general interest in computers. After Paul got the top score on the SAT, he went to study at the University of Washington, where he joined the Phi Kappa Theta fraternity, but after two years as a programmer for Honeywell, he quits the job and returns to his old friend again. Allen subsequently convinces Gates to quit Harvard University in order to create Microsoft.

In January 1975, Paul read an article in Popular Electronics magazine about the new Altair 8800 personal computer. After reading the article, Gates contacted the president of Micro Instrumentation and Telemetry Systems (MITS), the designer of the new computer, Ed Roberts, and informed him that he and his a friend are working on the software for this computer (although in fact Gates and Allen had nothing to do with the Altair 8800). The MITS President invited Paul to his office and he demonstrated a working BASIC interpreter for their computer, and within a few weeks Paul and Bill were at MITS. They thought to name their company “Allen and Gates”, but they thought it was more suitable for a law firm, and then Paul suggested the name Micro-Soft – from microprocessors and software.

In 1975, Gates and Allen formed Micro-Soft in Albuquerque. During the next year at MITS, the hyphen in Gates and Allen’s company name disappeared, and on November 26, 1976, a new trademark, Microsoft, was registered with the New Mexico District Secretariat. Paul got 36% of the company, Bill 64%, because this is how Bill saw his contribution to the product.

In the joint business, Paul Allen was engaged in technical ideas and promising developments, Gates turned out to be closer to negotiations, contracts and other business communication. They solved the main issues together: sometimes, as Gates later admitted, disputes lasted 6-8 hours.

In 1980, IBM approached Microsoft with a proposal to adapt several programming languages ​​for use on the IBM PC, which was to hit the market in 1981. During the negotiations, it became clear that IBM representatives would like to find an operating system developer for the new computer.

Allen and Gates took on the job, but did not develop a new operating system from scratch. They knew that Tim Paterson of Seattle Compute Products had already built Q-DOS for Intel 16-bit processors. Negotiations for the acquisition of Q-DOS needed to prevent sellers from understanding that Allen and Gates already have a buyer for the system; Gates, as the main negotiator, succeeded. Even so, the system had to be reworked. In an effort to meet the deadline, Allen and Gates worked in such a way that once, according to Allen himself, they sat at the computer for 36 hours straight.

For PC-DOS, the acquisition of which cost tens of thousands of dollars, IBM immediately paid 6 thousand dollars, while, under the terms of the agreement signed by the parties, IBM undertook to sell computers only with PC-DOS, while deducting interest to Microsoft from each unit of equipment sold.

In 1983, Allen left Microsoft, selling his shares for $ 10 apiece, retaining a portion of the shares and a seat on the board of directors. Until 2011, it was believed that Allen left the business due to health problems (Hodgkin’s disease). In a 2011 memoir, Allen shed light on the rationale behind his departure: while he did not want to devote his life to Microsoft, Gates was completely focused on the work and development of the company. At the insistence of Gates, the partners repeatedly revised their stakes in the business, with Allen losing in favor of Gates.

After leaving Microsoft, Paul Allen became involved in investing, in particular, in the 2000s he sponsored the creation of the first private suborbital spacecraft SpaceShipOne, which withstood two successful civil space launches and thus won the Ansari X Prize. In 2005, he invested in the construction of a large radio telescope to search for extraterrestrial life – the “Allen Telescope Array”.

Allen is the founder and chairman of Vulcan Inc., which manages his various business and philanthropic projects. Allen also has a multi-billion dollar investment portfolio that includes technology and media companies, real estate holdings and stakes in other companies.

Allen owns some of the largest yachts in the world – Octopus and Tatoosh. Owns professional sports teams, the Seattle Seahawks of the National Football League and the Portland Trail Blazers of the National Basketball Association, and part-owner of the Seattle Sounders Football Club of the MLS. Spent over $ 1 billion developing companies such as AOL, Ticketmaster, Egghead Software, and more.

In 2011, he became one of the founders of Stratolaunch Systems, which is implementing a project to create an aerospace “air launch” system for delivering cargo into space. Allen announced his readiness to invest up to $ 200 million in the project.

Allen has never been married. He has no children. In 1982, Allen was diagnosed with Hodgkin’s lymphoma.

On October 15, 2018, Paul Allen died at the age of 66 in Seattle. from complications of non-Hodgkin’s lymphoma… In early October, Allen announced that doctors had discovered he had a cancerous tumor.