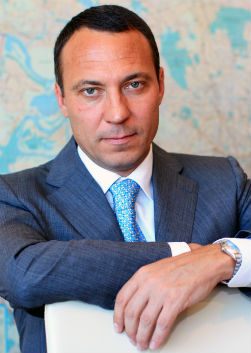 Alexander Evgenyevich Udodov is a successful entrepreneur and developer, since 2015 he has been a member of the board of the ETC (Eurasian Pipeline Consortium), one of the largest traders in the supply of pipes and metal products on the Russian market.

From 1989 – 1991 Alexander served in the armed forces of the Soviet army. After the service, he worked as a manager of the transport department of the Ukrenergomontazh company, engaged in energy and industrial construction. Oleksandr graduated from the Kiev University of Law and has a higher legal education.

In 1997, Alexander Udodov headed the Moscow office of the Latvian company J&P Corporation, which provides international transportation and logistics services. From 2010 to 2014, Alexander was involved in the development of non-core assets and strategic investments in real estate, being vice president of a large oil and gas company Itera Group.

Career of Alexander Udodov in business

Alexander Udodov has extensive experience working with large development projects, including residential properties, hotels and shopping centers. Today he is the owner of the Aforra Group, which specializes in the design, management and technical operation of residential and public real estate.

The company owns Moscow luxury galleries – “Hymeney”, a legendary building on the street. Bolshaya Yakimanka, 22, where the famous wedding salon was located in Soviet times, and Yakimanka, 26, Udodov bought this facility from AFK Sistema in January 2015. And such shopping and entertainment centers as “Atlas” in Obninsk, “Dubki” in Odintsovo and “At the River” in Moscow.

Since 2016 Alexander has been diversifying investments. In 2016, construction began on a world-class balneological resort in the Belorechensky district of the Krasnodar Territory. The agreement on the health resort construction project was signed at the international investment forum “Sochi-2016” between the administration of the Belorechensky district, the Krasnodar Territory and the investor. The driver of the project is the treatment with thermal bromine-iodine waters with high salinity from local sources.

In September 2018, it is planned to open a balneological clinic. The new health and rehabilitation center was built according to international standards and 5,000 people will be able to receive rehabilitation treatment annually.

Alexander Udodov financed the restoration of the Paleostrovsky Christmas Monastery of the Petrozavodsk and Karelian Diocese of the Russian Orthodox Church, destroyed in the Soviet era, located on Paley Island in the northern part of Lake Onega in the Republic of Karelia. This is one of the oldest Russian monasteries in Karelia, founded at the end of the 14th century.

Alexander shares with the press the future prospects of the Mushroom Rainbow. He plans to increase the design capacity to 17 thousand tons of mushrooms per year and take 20% of the market.