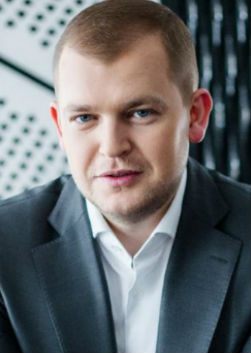 Alexander Nikolaevich Andrianov is the CEO of the investment group Glorax Group.

Alexander Andrianov was born on January 18, 1981 in the Sergiev Posad district of the Moscow region.

In 1998, a graduate of the Sergiev Posad Gymnasium joined the ranks of students of the Moscow State University of Service (MGUS) and successfully graduated in 2003, becoming a graduate in economics and enterprise management.

Alexander Andrianov took his first steps on the career ladder at the financial consulting firms ROEL and Mikhailov & Partners.

In 2007, a promising specialist became interested in the banking sector. For the next two years, he held a number of senior positions, and by 2010 was appointed first as deputy, and then directly as financial director of the construction company Tekta Group.

This activity was not new for Alexander Nikolayevich: back in 2003, he took the position of Finance Director at Mosavtodor and Partners (PJSC MIP). He worked on this project until 2014.

Being a politically active citizen, Andrianov took part in the public life of his native region. So, in 2014, he took the post of deputy head of the municipality of Sergiev Posad, dealt mainly with housing and communal services.

From 2014 to the present, Alexander Andrianov has been the CEO of the Glorax Group founded by Andrey Birzhin. His responsibilities include the distribution of the company’s financial assets to industrial enterprises and the IT industry. Under his leadership, innovative programs of anti-crisis measures were developed and implemented, a complex of effective management of production capacities was integrated. He is a member of the board of directors of manufacturing companies belonging to the industrial holding Glorax Group.

The financier is married, the couple has three children. In family life, Andrianov, an Orthodox Christian, is guided by biblical principles.

Hobbies of Alexander Nikolaevich – sports: running, swimming, extreme sports. He tries to instill a love for sports in his employees – he leads the Glorax Life sports team, develops a culture of corporate communication, and supports team building.