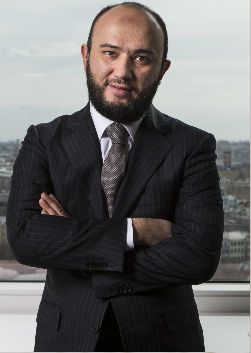 In 2000 he graduated from the British University of Essex with a degree in economics.

After graduating from the university, Abdumalik Mutalovich worked for about a year at the Aktobe ferroalloy plant, where he gained impressive experience and a deep understanding of production processes.

From 2001 to 2003, he was responsible for the supply of ferroalloys to the markets of Europe and the Mediterranean countries in the Swiss company Alloy 2000, the exclusive distributor of ferroalloys produced by ENRC (Eurasian Natural Resources Corporation). He was the first to start selling ferroalloys from Kazakhstan to China. From 2004 to 2010 he was the head of ENRC China.


From 2010 to 2015, he was Vice President of Sales at ENRC Marketing AG and later CEO of ENRC Marketing AG and ENRC Logistics, member of the Executive Committee at ENRC PLC Headquarters in London. With his direct participation, ENRC became the leading company in the post-Soviet space in the production of mineral resources, including iron ore, coal, ferroalloys, non-ferrous metals (aluminum, copper, cobalt), with assets in Kazakhstan, Africa and Brazil. The global turnover of the company during this period increased significantly, reaching 7 billion USD.

ATK Holdings is the exclusive trader of minerals in the post-Soviet space. It purchases minerals in the CIS from major producers (in particular, it cooperates with UMMC, Zarechnaya Management Company and KAZ Minerals) and exports them all over the world. ATK Holdings is a strategic partner of Trafigura. In Russia, ATK Holdings operates through its branch (ATK Eurasia LLC).

Abdumalik Mirakhmedov is an active investor in the agricultural sector of Kazakhstan and other CIS countries (livestock, crop production), and in high technology funds.