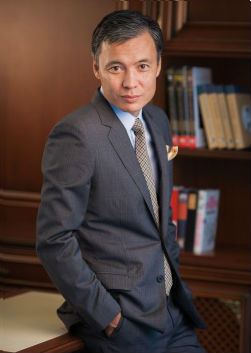 Everyone dreams of being successful, but few succeed. What’s the secret? In luck? Or maybe success is inherited – like in the bearded joke about the son of a general who can become a general, but not an admiral, because the admiral has his own son? In fact, the formula for success is simple: self-discipline, tireless work and just a little bit of luck.


Zhomart Ertaev thinks so, and his own biography confirms this. Born into a poor teacher’s family, he had rather modest starting opportunities, but today Zhomart is a successful businessman, a recognized financial expert, an accomplished publicist and the owner of a controlling stake in the international investment holding ALMA GROUP. How did he manage to rise to the current heights so quickly?

It is generally accepted that we are all divided into humanities and techies, but Zhomart did not fit into this framework: at first he liked algebra and geometry the most, then he became interested in literature and history. But entering the institute, he nevertheless made a choice in favor of the exact sciences: heeding the advice of his mother, he went to the Alma-Ata Institute of Architecture and Civil Engineering. The points he scored allowed the young man to become a student at one of the Moscow universities, but Zhomart Ertaev chose to stay in Alma-Ata, next to his family.

It was in order to support his family that the future financier began to earn money while still a student, and then he created his first – now we can already say a trial business, which did not last long, but gave invaluable experience and understanding of the specifics of capitalism emerging in the post-Soviet space. The rapid career of a banker was still ahead, and before it began, Zhomart had to stumble at least once, but not lose faith in himself.

In one of the banks, the candidacy of Zhomart Yertaev was rejected – he was not hired to work as an ordinary cashier. Yes, Winston Churchill was right when he said that success is the movement from one failure to another with increasing enthusiasm. Now the head of a large international holding recalls this incident with a laugh.


A year after this interview, yesterday’s graduate became a financial consultant at the Atakent Kazakh Center for Business Cooperation, then the head of the information and analytical department of Alfa-Bank’s subsidiary in Alma-Ata. At the age of 23, he was already – neither more nor less – deputy chairman of the board. And this turned out to be only the beginning of the path on which Zhomart Ertaev gained a reputation as a leader capable of making almost any bank successful.

Thus, during the work of Zhomart as the chairman of the board, Alliance Bank turned from a regional financial institution into one of the systemically important banks in Kazakhstan, entering the top 5 banks in terms of assets in 2006. The track record of the financier includes work in senior management positions in the Central Asian Financial and Investment Company, in the Semipalatinsk City Joint-Stock Bank and its branch in Alma-Ata, in Irtyshbusinessbank, in the Seimar and Seimar Alliance companies, in BTA Bank (Ukraine) and Eurasian Bank!

Speech at the 8th International Conference on Risk Management


In 2014, Zhomart Ertaev opened new horizons for himself by becoming the CEO of the Kazakh telecommunications company Alma-TV. Since 2015, he has also been the president of the international holding Alma Group, which already now unites four large Russian companies under the Almatel brand, in addition to Alma-TV.

Zhomart Ertaev is known not only as a financier, but also as a public figure who shares the ideas of public-private partnership and advocates strengthening business ties between the countries of the Eurasian Economic Union.

The youthful passion for literature did not pass without a trace: Zhomart is a witty, deep and capable publicist. As you know, in journalism the main indicator of the quality of the material is the response of the audience, and the texts of Zhomart Yertaev invariably cause a wide resonance.


In 2013, some of them were published as a collection – and there was some intrigue here. It consisted in the fact that Zhomart’s wife Nurgul Ertaeva acted as the publisher, and the author himself learned about the release of the book at the same time as the readers. The collection was called “Peace to our home”, on its pages there are answers to many interesting questions posed by the publicist. What does it mean to be a liberal? Is it worth simplifying the procedure for obtaining loans? Is it possible to be guided by intuition when making important business decisions? And these are just some of the topical and topical topics touched upon in the essays of Zhomart Ertaev.