Vladimir Burkovsky is one of the most famous restaurateurs in Russia, owns a network of establishments throughout Siberia, and is the president of the Russian Federation of Restaurateurs. In business since 1990

Andrei Burkovsky is known to the viewer more as a comedian. He played the gopnik Rzhavy, the metrosexual Danila Fox and other roles paired with Mikhail Bashkatov in “Give Youth!” on STS, played in KVN for the team of Tomsk State University “Maximum”. Since 2014 he has been admitted to the Moscow Art Theater named after M. Chekhov, changed roles, often plays deep roles.

A young man from a wealthy family, in the 1990s. Vladimir Grigoryevich (father) retrained from a foreman to restaurateurs. The business of father Andrei Burkovsky went uphill, became a family brainchild. In 2002, he received the “Best Restaurateur of Russia” award, owning several establishments that have become the pride of Tomsk and Siberia. A year later, he opened a network of catering establishments. Today, Vladimir is the founder of 15 organizations whose activities relate to the production of products, the restaurant industry, delivery, and the organization of feasts. Repeatedly awarded prizes as a leader and personality reviving traditional Siberian cuisine in the country, he is the president of the Federation of Restaurateurs of Russia. 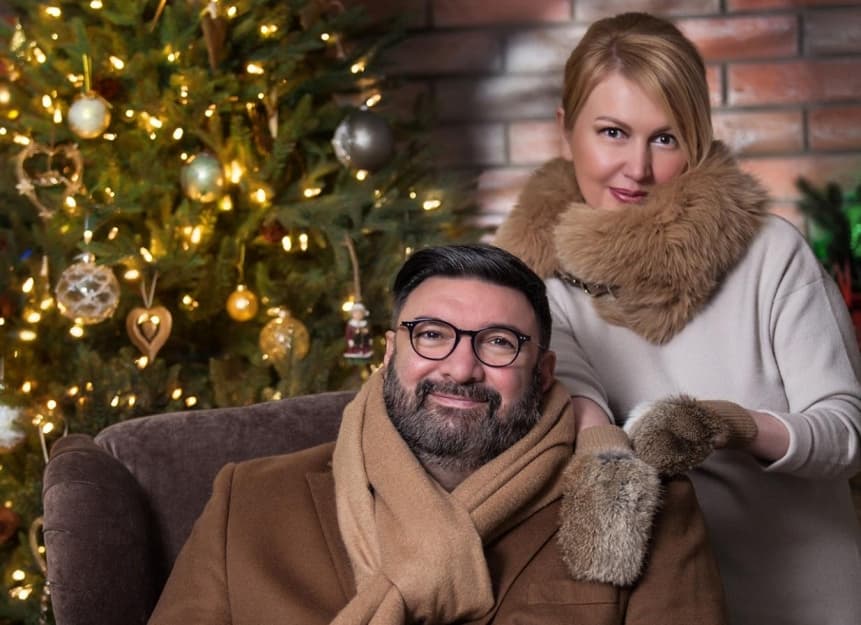 This is the first restaurant of Burkovsky Sr., opened in 1990. The building in which the enterprise was located is historical and belongs to the cultural heritage of Tomsk. Before the revolution, there was also a catering place with the same name. At first the restaurant was located in the basement of the building, later it was reconstructed and the dining rooms were moved to the upper floors.

The concept supported Russian cuisine, historical dishes. The interior is pleasant, expensive, in the Slavic style and cozy. It was one of the first private restaurants in Russia. It became a gathering place for the local elite, politicians and people close to power. In 2018, deputy Andrei Tyutyushev bought the building for his wife. Now there is an institution “Spices and joys”, which has not abandoned Russian cuisine and continues the tradition. 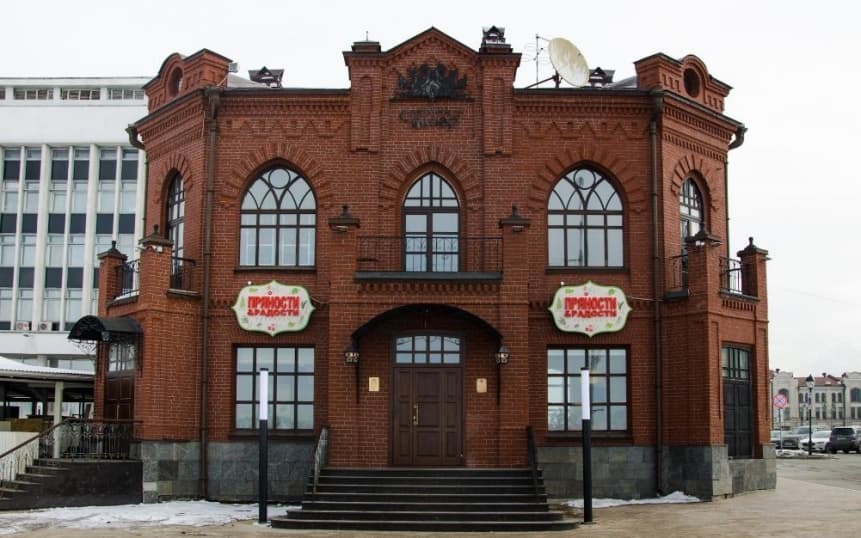 In 1999, the Eternal Call restaurant was opened here, in Tomsk. This place became the hallmark of the city, and later the whole of Siberia. For catering, a similar building was chosen, which is part of the historical heritage of the city. The specific direction of northern cuisine set the tone for the entire subsequent career of Andrey’s parents.

“There were faceted stacks, faceted glasses. Back then, it was hard to even get the dishes. And the tablecloths, believe it or not, were red, and the curtains too. On the floor – the simplest tile. Made from what was. But we loved it all so much, we were so proud.”
A. Burkovskaya
Source: tv2.today.ru

The menu includes original Siberian dishes according to original recipes: handmade dumplings, bear meat, venison, elk, sterlet, etc. The restaurant was recognized by the townspeople and became the best institution in the city. He became famous throughout Russia when the Russian-German summit was held in Tomsk in 2006. Vladimir Putin and Angela Merkel, who now knows the taste of bear cutlets with lingonberry sauce firsthand, dined here. 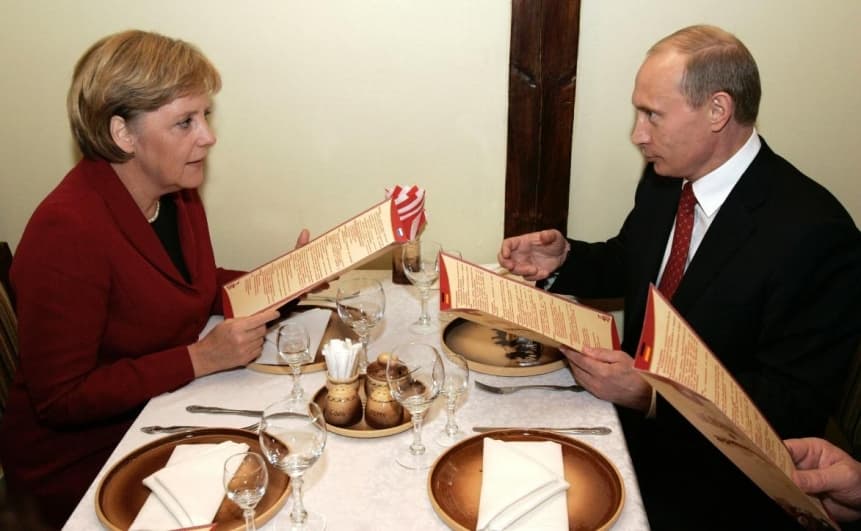 The restaurant and its owner became laureates of the Golden Crane award in 2002, the business has survived all the crises and restrictions, and continues to work to this day. In addition to the Tomsk institution, Burkovsky opened another one in Kemerovo with the same name and original Siberian cuisine.

In 2000, the Kedr restaurant was opened in the Tomsk region. A joint project with Yukos was intended to receive foreign guests-engineers, it is located in the city of Strezhevoy. Both institutions continue to operate to this day.

A special place, Fenimore Cooper grill restaurant was opened in Novosibirsk in 2007. Here the concept is completely different, aimed at American and European cuisine. The design of the room includes a long bar, cacti, cowboy hats and other attributes of the Wild West. There are 300 dishes on the menu, there are original Siberian dishes, but the main direction is steaks. In the bar you can try different types of whiskey, 100 names are presented.

The institution was named the best in Novosibirsk, according to Forbes, in 2009, in 2017 it entered the TOP-100 restaurants in Russia.

A fast food company, open outlets with Russian pancakes on the menu were opened by Burkovsky in 2004. Gradually, the enterprise spawned points around the city, and then in the Kemerovo region and Novosibirsk (from where they left in 2017).

The pavilions are made in folk style, painted under Khokhloma. The number of points tends to 100, this year it was planned to enter the Sheregesh resort and the city of Mezhdurechensk. There are also 5 outlets in Novokuznetsk.

When preparing pancakes, only fresh ingredients are used, this distinguishes all the establishments of Vladimir Burkovsky, they almost never use freezing. The business was opened jointly with 3 colleagues: Inna Treigo, Igor Sizin and Natalia Lunina. Vladimir Grigoryevich took over the development of branded recipes, his co-founders deal with the rest.

“I believe that local products are local for that, in order to make gastronomic miracles from fresh meat, using my creative talents and the experience of previous generations.”
V. Burkovsky
Source: status-media.com 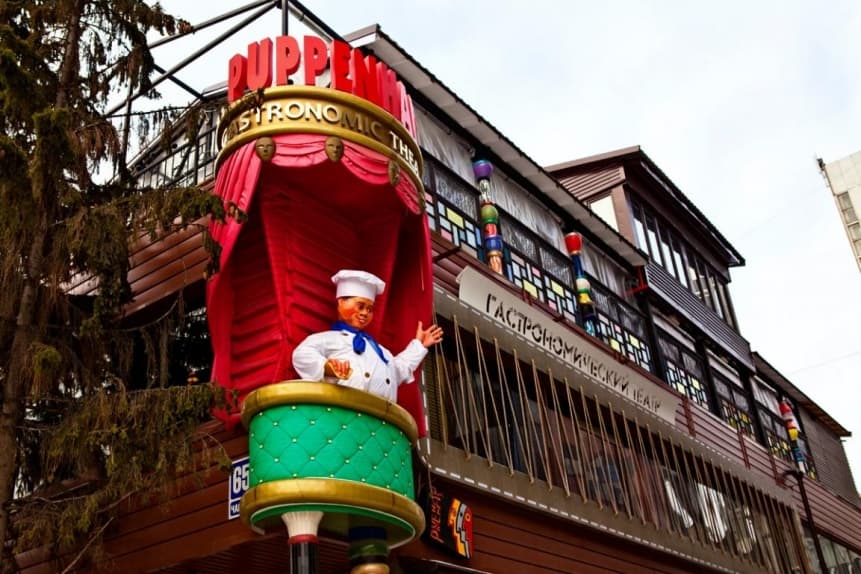 The culinary atelier was established in 2016 in Novosibirsk. The motto of the institution: “We sew pancakes.” The design of the restaurant is filled with this theme, sewing machines, spools, etc. are everywhere. Direction: French cuisine, the menu mainly includes pancakes and dishes with their participation.

In the near future, Vladimir and his wife are planning to create a Center for Siberian Cuisine. Under it, they have already found another historical building in Novosibirsk – the mansion of the merchant Zedain. There will be not just a restaurant here, but also a training center for chefs who want to join the traditional cuisine of Siberia.

“I have devoted my entire professional culinary life to Siberian cuisine – more than twenty years! And all this time in our institutions there were and are full houses. For many years I have watched how, quite often, everyone “rushes around with the flags” of Japanese, Italian, Chinese and some other cuisines … Our strong Siberian organisms are “sharpened” for the food that we have always cooked from generation to generation – love for It’s in her blood, like an Italian’s love for pasta.
V. Burkovsky
Source: status-media.com