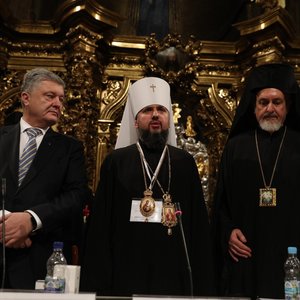 Epiphany, Nasirov’s comeback, topless on the pyramid: news of the week

Place of Birth. Education. Moon Jae-in was born on January 24, 1953 in Geoje-do. His father was a North Korean refugee who was evacuated from his hometown of Hamhung in December 1950 during the Korean War as the United Nations retreated under attack from the Chinese army. Moon attended Gyeongnam High School in Busan, which is considered one of the most prestigious schools outside of Seoul.

Entered Kyunghee University where he majored in law. He was arrested and expelled from the university when he organized a student protest against the Yusin constitution. Later he was drafted into the army, as part of the South Korean special forces he participated in the conflict in Panmunjom in 1976.

Career. After leaving the army, he passed the state exam for the right to engage in legal activities and was admitted to the Institute for the Training of Judicial Personnel. Despite the fact that Moon Jae-in was the second-highest student in his class, he did not get permission to work as a judge due to his involvement in organizing student protests, so he chose the profession of a lawyer. Becoming a lawyer, he collaborated with the future President of the Republic of Korea, No Muhyun. They remained friends until Roh Muhyun's death in 2009.

Political activity. After Roh Moo-hyun was elected president, Moon Jae-in worked in his administration: in 2003-2004, 2005-2006 - senior secretary for civil affairs.

In 2007-2008 he headed the presidential administration.

Since 2009 - Executive Director, since 2010 - Chairman of the Board of the Roh Moo Hyun Foundation.

In 2012-2016, he was a member of the National Assembly of the Republic of Korea of ​​the 19th convocation from the Sasang-gu municipality of Busan.

In 2012, he participated in the presidential election from the opposition, but, gaining 48% of the vote, he lost to Park Geun-hye, the daughter of former authoritarian President Park Chung-hee, who represented the ruling Saenuri party in the elections.

On May 9, 2017, early elections for the President of South Korea were scheduled after the impeachment of Park Geun-hye. Moon took part in them as a candidate from the Toburo Democratic Party.

According to the final data of the National Election Commission of the Republic of Korea, Moon Jae-in secured the support of 13,423,800 votes, which is 41.08%. The representative of the conservative Free Korea Party, Hong Jung Ha, won 24.03% of the vote (7,850,000 voters), and the candidate of the People's Party, Ahn Chol-soo, received 21.41% of the vote. The voter turnout was 77.2%. On May 10, 2017, Moon Jae-in, according to the decision of the CEC, officially took office as the President of South Korea.

Views. Moon Jae-in advocates for the abolition of the Korean National Security Law, which Korean liberals say is used to restrict and oppress the political left in Korean politics. He also promises to abolish the inner wing of the National Intelligence Service in order to maintain his political neutrality by handing over internal affairs to the police.

Being in opposition to President Park Geun-hye, Moon Jae-in spoke out against the deployment of US THAAD missile defense elements, as he was not sure of its effectiveness in protecting the Republic of Korea from the threat from the DPRK.

Moon Jae-in advocates for the peaceful reunification of the two Koreas. A wide public outcry was caused by Moon's words that his first international visit, if elected president, would be to North Korea, but Moon Jae-in made his first visit in June 2017 to Washington, where he met with US President Donald Trump. He said he considers himself a "friend of America": the role of the US is to help South Korea escape communism while helping economic growth. At the same time, his more liberal foreign policy is reflected in a report published in the book: "I'm pro-American, but now South Korea must accept diplomacy that it can deny the Americans."

Books. Published a memoir, The Fate of Moon Jae-in, which became a bestseller.

Family. Moon married Kim Jung-sook, a vocalist from the same university he attended. The family brings up two children.