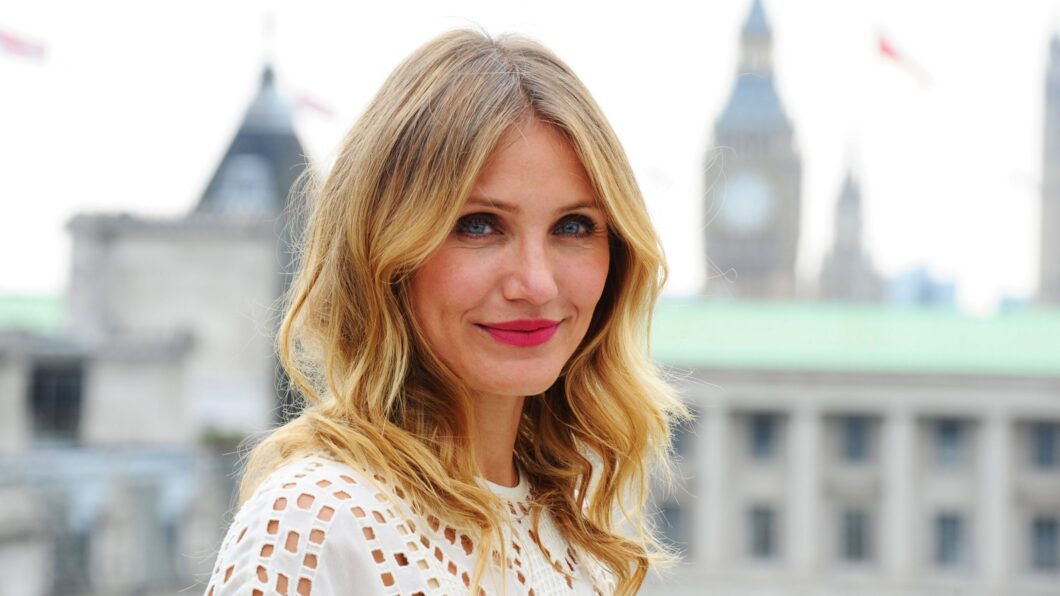 Place of Birth. Education. She was born on August 30, 1972 in San Diego, California. Diaz's father is a second generation Cuban American; mother's ancestors include Germans, English and Native Americans. His mother worked as an import and export agent, and his father worked for UNOCAL, an oil company in California, for over 20 years.

Both Cameron and her older sister were far from good girls, listened to heavy music, spent all the time with local guys and could easily punch the offender in the face, regardless of gender and age. The mother took her daughter's musical tastes calmly, moreover, she went to concerts of Ozzy Osbourne, Metallica and Van Halen with Cameron.

As a child, Cameron had a small zoo at home (cats, mice, birds, snakes, and so on), she dreamed of becoming a zoologist, she did not think about the career of an actress at that time.

Modeling career. However, Cameron was not destined to become a famous zoologist; at the next party from the photographer Jeff Dunasse, she receives an invitation to work at the Elite modeling agency. She signs a contract with an agency, her fee per day of filming was almost two thousand dollars.

From the age of sixteen, Cameron has been a fashion model for the Elite agency, posed for Mademoiselle and Seventeen magazines, starred in advertisements for the Calvin Klein fashion house, Levi's and Coca-Cola.

Diaz traveled a lot around the world, visited Japan, Australia, Algeria, France, Mexico and, in the end, in 1990 "settled" in Hollywood with video producer Carlos de La Torre - their romance lasted until 1995.

Film career. At 21, Diaz landed a role in The Mask (1994), starring Jim Carrey. Even though she had no prior acting experience, Diaz was given the female lead in the film. Only after receiving the role, Cameron signed up for acting classes. Over the next three years, she landed roles in low-budget, independent films such as The Last Supper (1995), Feeling Minnesota (1996), and She's the One (1996).

Subsequently, the actress won success with her roles in the films "My Best Friend's Wedding" (1997) and "There's Something About Mary" (1998). She also received critical acclaim for her performance in Being John Malkovich (1999).

During 1999-2000, Cameron Diaz starred in many films. The actress gained particular popularity in the film "Charlie's Angels" (2000), where, together with Drew Barrymore and Lucy Liu, she played a special agent.

In 2001, Cameron voiced Princess Fiona in the animated film Shrek, for which she received $10 million.

In 2001, she was nominated for a Golden Globe in the Best Supporting Actress category for Vanilla Sky.

In 2003, Diaz was nominated for a Golden Globe for Martin Scorsese's Gangs of New York.

In 2003, she became the second actress (the first was Julia Roberts in The Wedding) to earn $20 million for her role (Charlie's Angels: Full Speed).

In 2010, Diaz reunited with Tom Cruise in the comedy film Knight of the Day. In it, Diaz played a car restorer who unwittingly falls into the hands of eccentric secret agent Roy Miller, played by Cruz, who is on the run from the Secret Service.

In 2014, the romantic comedy The Other Woman came out with Diaz. The comedy received negative reviews.

In 2014, a film adaptation of the 1977 Broadway musical of the same name, Annie, was released, in which Diaz played the role of Miss Colleen Hannigan, a cruel worker in the orphanage where the main character lives. Reviews from critics were mixed, they noted the game Diaz, but ultimately decided that she went too far with the image of a vamp.

After the release of "Annie" Diaz took a break from her acting career.

In July 2017, Diaz said that she was tired of endless shooting flights and trips, and in March of the same year she admitted that she was leaving the cinema.

Personal life. Cameron was in a relationship with actor Matt Dillon from 1995 to 1998.

Cameron dated Justin Timberlake since 2003, but the couple broke up in 2006.

From July 2010 to September 2011, she dated baseball player Alex Rodriguez.

In May 2014, it became known that Cameron Diaz was dating Benji Madden, guitarist and backing vocalist for Good Charlotte. On January 5, 2015, Diaz married Madden. On December 30, 2019, Diaz and Madden had a daughter, Raddix Chloe Wildflower Madden.