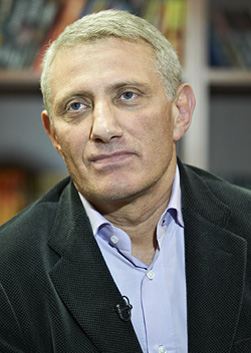 Boris Romanovich Rotenberg is an athlete, honored coach of Russia, businessman, co-founder of SMP Bank and Stroygazmontazh Group of Companies, one of the owners of TEK Mosenergo, Novorossiysk seaport, deputy head of the Russian Judo Federation, ex-head of FC Dynamo.

In 2010, according to Forbes, with an asset valuation of $ 700 million, he was included in the list of the 100 richest Russians. In 2015, this print publication estimated the value of the business of the wealthiest Russian families. The Rotenbergs in this list were in second position (after the Gutserievs). Their combined financial assets were $ 2.95 billion.

Boris owns 920 million of them (older brother Arkady – 1.55 billion). In 2014, their family fortune was estimated at $ 5.55 billion. After the oligarch brothers came under EU and US sanctions, in order to avoid possible losses, they transferred part of the assets to their sons.

The businessman is known for being friends with Vladimir Putin. As a child, together with his brother, he was engaged in the same sports section with the future head of state. Arkady was the sparing partner of the President of the Russian Federation. They have maintained friendly relations for over half a century.

Childhood and adolescence of Boris Rotenberg

The future multimillionaire was born on January 3, 1957 in the Northern capital and became the second son in the family. His 6-year-old brother, Arkasha, has been engaged in sambo wrestling since childhood in the Turbostroitel club on Dekabristov Street with his coach Anatoly Rakhlin, now deceased.

At the age of 11, Borya came to the same sports section. The future head of state, Volodya Putin, also trained in their group, with whom Arkady regularly went out on the tatami.

Boris was a successful athlete, played for the national judo team of the city on the Neva and the country, won prizes at competitions of various levels. In 1974 he was a prize-winner of the USSR championship. Sport contributed to the development of his moral and volitional qualities. At the age of 17, he earned the title of master of sports in judo, in 1980 – according to the sambo self-defense system.

The collapse of the USSR influenced the further life of Boris. The country was dominated by unemployment. Thanks to his wife, Boris’s family as repatriates moved to live in Finland in 1991. From 1992 to 1998, Rotenberg worked as a coach of the Helsinki judo club Chikara, and received Suomi citizenship.

In 1998, Boris returned to his hometown and went into big business. In 2001, the judo brothers created the Northern Sea Route Bank, which, according to the ranking of the Center for Economic Analysis of the Interfax Group, was included in the Top 50 largest banking institutions in the country. They also acquired a stake in the assets of the Rosspirtprom enterprise.

Gathering a team of like-minded people, the entrepreneur set about restoring the traditions of youth sports, creating martial arts sports clubs. He organized a society for promoting the development of various types of martial arts “Fatherland”, “Judo School”. On his initiative, clubs were opened in Cheboksary, Novosibirsk, Grozny, Ryazan, Noginsk.

In 2003, the entrepreneur founded two companies specializing in the supply of pipes for the Gazprom corporation. One of them, Baza-Torg, became the founder of the Gaztaged enterprise, which also dealt with equipment for Gazprom. The second, called “Delivery”, was the owner of Stroygazimpex LLC, registered in the city of Gorno-Altaysk.

In 2008, the brothers became the owners of a 10% stake in the seaport of Novorossiysk, the market value of which was estimated by experts at $ 300 million. In the same period, on the basis of 5 of its construction and installation contractors bought out from Gazprom, they founded the Stroygazmontazh corporation for the construction of trunk pipelines and industrial facilities. In particular, they were engaged in the construction of the onshore section of the Nord Stream, the Sakhalin-Khabarovsk-Vladivostok highway.

In 2009, through the established LLC “Paritet” Boris became a partner of the company “Mosstroymehanizatsiya-5”, which won the tender for the right to build housing for the Ministry of Defense near Podolsk. The cost of the order was about 34 billion rubles.

The oligarch was married twice. With his first wife, Irina, he met in the summer on vacation in the village of Toksovo near Leningrad. Young people were young, love captured both. In 1981, they had a son, Roman, in 1986, Boris.

The wife’s father had Jewish roots, and my mother was a native of Toksov and belonged to the Finns-Ingrian. Thanks to her background, the family took advantage of the opportunity to emigrate to Finland in 1991.

After leaving, they lived in the capital Suomi. On the recommendation of her relatives, Irina got a job at the Feksima company, and the head of the family began working as an instructor at the Chikara judo club. In 1998, the couple’s family life became complicated, they broke up, and he returned to the Northern capital. Subsequently, Irina remarried and gave birth to her third son, Niko.

The second wife of Rotenberg was Karina, the current president of the Equestrian Federation of the capital of the Russian Federation. She is a native of St. Petersburg, who has lived in the United States for a long time, and graduated from the University of Atlanta there. In October 2010, she gave her husband twins – a boy and a girl.

Thanks to his second wife, the billionaire became interested in equestrian sports, accompanying her to training and imbued with the emotional communication of a woman with horses.

The eldest son of a major Russian entrepreneur, after graduating from a London business school in 2005, returned to Russia. He is a citizen of Russia, Great Britain and Finland, received higher education in his homeland, as well as a Ph.D. in economics. He is a millionaire with interests in various business areas in Russia and Suomi. According to his passport, his full name is Roman Michael Oliver Rothenberg.

Son Boris is a football player. The first Russian club in his sports career was Zenit. Then he changed a number of football teams, including Yaroslavl Shinnik, Moscow Region Saturn, Israeli Maccabi, Vladikavkaz Alania, Dynamo, Rostov.

The multimillionaire in 2010, in partnership with Arkady, acquired one hundred percent of the shares of JSC TEK Mosenergo. The enterprise was headed by his nephew Igor Arkadievich.

Analysts noted that the businessman has recently focused on sports entrepreneurship. At the end of the year, the Rotenberg clan and the Kontinental Hockey League established the Doctor Sport company. The eldest son Roman became its leader. In 2011, he invested in a sports nutrition product under the Vitawin brand. He plans to build a plant together with the KHL and create a distribution network similar to the American General Nutrition Centers.

Boris Rotenberg was the president of FC Dynamo