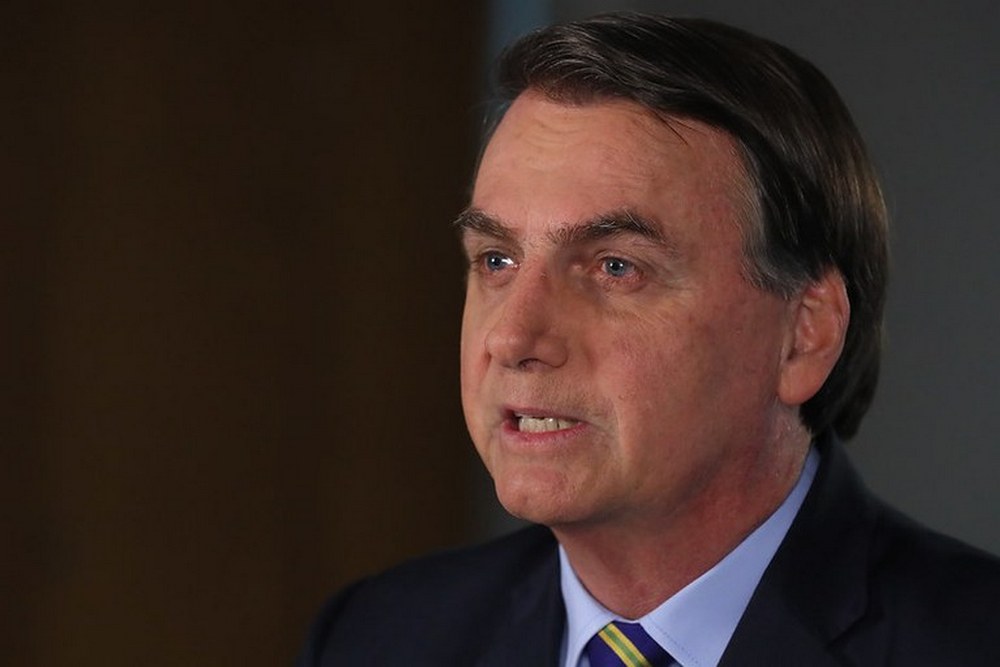 In 1977 he graduated from the prestigious Agulhas Negras Military Academy.. Served in Brazilian ground forces (1971–1988), captain.

Political career. Gained fame in 1986 due to an interview with the magazine “Veja”, in which he complained about low salaries in the army and the dismissal of officers due to budget cuts.

In 1988 inwas the first to be elected to the city council of Rio de Janeiro, since then he has become a member of the national parliament seven times.

Member of the Brazilian Chamber of Deputies since 1991.

In 2014 nand in the general elections in Brazil, the most voters in the state of Rio de Janeiro voted for him (464 thousand votes).

A member of the Social Christian Party (PSC) since March 2016, in 2017 he tried to lead the Patriot party, but eventually joined the Social Liberal Party in 2018.

In 2018, he announced his candidacy for the presidential elections. He became the first candidate in this race to raise more than 1 million reais in donations during the campaign: in the first 59 days, he received an average of 17,000 reais from voters daily. Since the arrest of the Labor Party’s top candidate Lula da Silva in April 2018, Bolsonaro’s candidacy has led in the polls, even though they initially predicted he would lose in the second round.

On September 6, 2018, while talking to voters during an election rally in the city of Juiz de Fora, he was stabbed in the stomach and was taken to the hospital, where he underwent two urgent operations.

On October 7, 2018, he received 46.06% of the vote in the presidential elections and entered the second round along with the candidate of the Workers’ Party Fernando Addad, who was supported by 29.24% of voters. He won in the second round, receiving 55.13% of the votes.

Views. Known for his far-right, nationalist and conservative views and outrageous statements. In particular, he is an ardent supporter of the military dictatorship and repressions of 1964-1985, justifies torture and executions as “legal practices” and calls for their use. He devoted his vote for the impeachment of Dilma Rousseff to a leader of the military regime, who led the program of torture of political prisoners – among the thousands of people subjected to it was the then “urban guerrilla” Dilma Rousseff.

He is an implacable critic of modern democracy and the left. He repeatedly made statements that were regarded as racist, homophobic and misogynistic: he called black activists “animals that should go to the zoo”, criticizes quotas and other support for discriminated groups, is extremely negative about LGBT rights, and often insults women politicians. For the remark he made during a skirmish with deputy Maria do Rosario (who called him a “rapist”) that “she does not even deserve to be raped by him,” he was sentenced by the court to a fine for non-pecuniary damage. He advocates an economically liberal course, against land reform, secularism and drug legalization.

He called Peruvian President Alberto Fujimori, who dispersed parliament and was convicted of numerous crimes, and Donald Trump, whose victory with right-wing populist slogans inspired him, as role models.

Quotes. About democracy: “I am a supporter of dictatorship. We will never solve serious national problems with this irresponsible democracy.”

On resemblance to Trump: “Trump faced the same attacks that I face – that he is a homophobe, a fascist, a racist, a Nazi – but people believed in his platform, and I rooted for him.”

On homosexuality: “I’d rather my son die in an accident than be gay.”

On women and his only daughter: “I have five sons. Four were born men, and in the last case, I gave up slack – and it turned out to be a woman.”

Deputy Maria do Rosario Bolsonaro was informed that she “unworthy to be raped by him”.

In relation to African descendants: Residents of Brazilian villages inhabited by the descendants of black slaves, Bolnosaru called “animals unworthy even to breed”.

Family. Bolsonaro is married for the third time. Has five children. His first wife was Rogeria Bolsonaro (by whom he has three sons: Flavio, Carlos and Eduardo). His second marriage was to Ana Cristina (by whom he has one son, Renan). His third and current wife is Michelle de Paula Firdo Reinaldo Bolsonaro, with whom he has his only daughter, Laura.