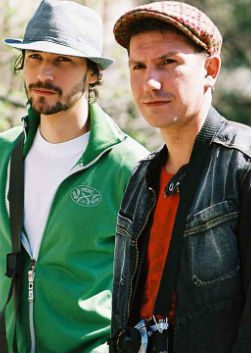 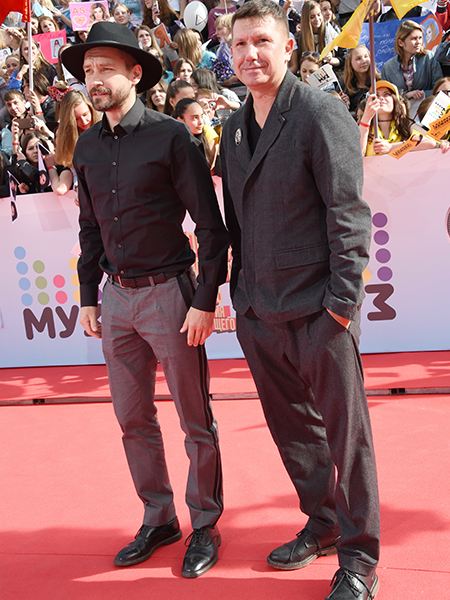 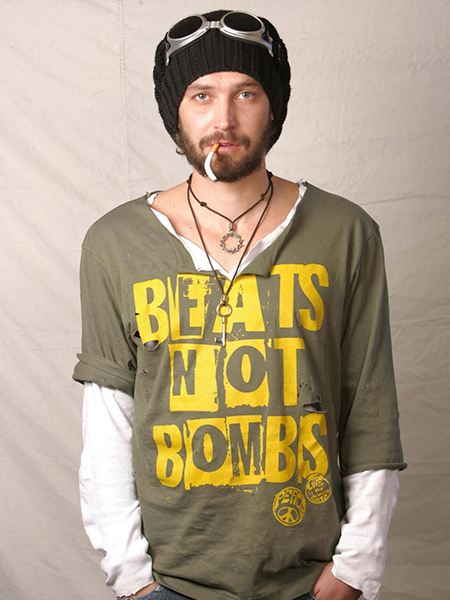 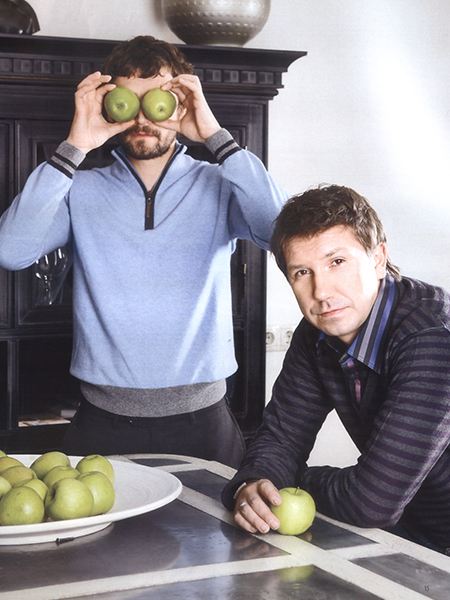 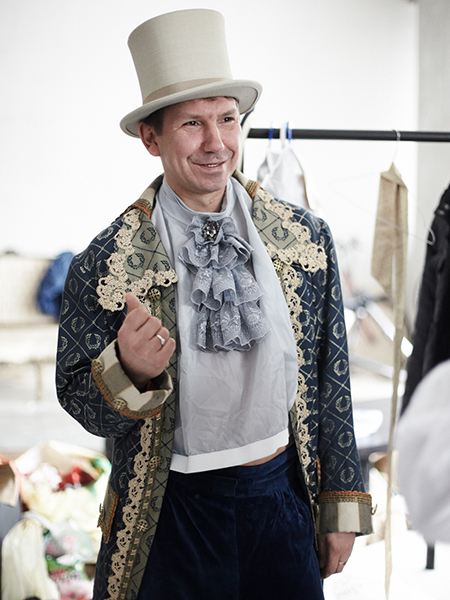 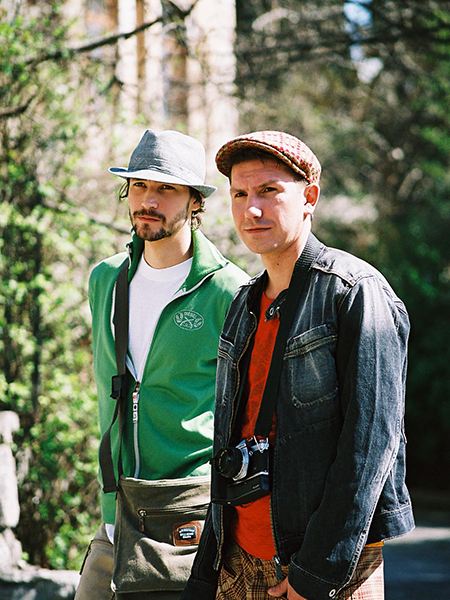 Biography of the group “Umaturman”

Umaturman (Uma2rman) is a Russian musical group performing pop-rock compositions with elements of reggae and funk. They quickly broke into the domestic show business in 2003, as soon as the hit “Praskovya” appeared on the radio, and the soundtrack to the film “Night Watch” helped to consolidate the success. The first group in the history of the Moscow Film Festival, which had the honor to perform at its opening.

Before starting to perform together, the brothers Vladimir and Sergey Kristovsky, natives of Nizhny Novgorod, managed to work with many musical groups. Vladimir, the younger brother, loved to sing since childhood. However, Sergey was the first to write songs and make a living with music. Soon they recorded their first joint composition; Sergey wrote the words, and Vladimir wrote the music.

Sergey is the elder brother, Vladimir is the younger


As time went on, the skill of the performers grew. In 1998, Vladimir Kristovsky decided to show his demo tape to agents in Moscow. It was not Umaturman yet – the younger Kristovsky assembled the punk band View from Above. In all recording studios, he was advised to return from where he came. The guy did not give up and recorded a demo cassette with three new songs, with which he won the Live Sound music edition competition. The main prize was a contract to record an album in one of the capital’s studios, but a default struck, and the case was limited to an article about the group in the newspaper.

For some time, Vladimir tried to settle in Moscow. He wrote songs and offered them to other performers, including the Tatu group, but to no avail. He worked as a fitter, a gas welder, a tanker, a janitor in a kindergarten, a courier, studied at a music school, tried to become a hairdresser … But in the end he returned to Nizhny Novgorod, where he swore to work as someone other than a musician, and began performing in restaurants and clubs.

Brothers Kristovsky and their wives in their youth


As for Sergey Kristovsky, at first he worked as a DJ, then he was a bass player in the Broadway group, with which he went on tour in Germany, and in 1995 he put together his own group Sherwood, which at first was a frequent guest in the restaurants of Nizhny Novgorod, then traveled all over Russia. It is noteworthy that the band did not perform cover versions of songs by popular artists, but their own. In those same years, Sergei was one of the founders of the local Center for Youth Initiatives.

In the end, Sergei suggested that his brother try to perform together, on two guitars. Thus, the duet “Not of our world” was born. The reaction of the public was positive, and the Kristovskys recorded another “demo” of 15 songs and sent it to Moscow. Most of the songs (12) were recorded in just one night.

And then miracles began. Zemfira heard and fell in love with the song “Praskovya”. Vladimir Kristovsky’s birthday in 2003 fell on Zemfira’s concert in Moscow in the “for his own” format, and friends gave him a gift – tickets to her performance. The brothers also offered the opportunity to sing “Praskovya” with the singer, who did not refuse.

Soon the musicians changed their name to “Umaturman” (in honor of their favorite actress Uma Thurman) and shot a video for “Praskovya”. As soon as the song was lit up in the media space, it turned into a hit and sounded from everywhere.

Further more. Director Timur Bekmambetov invited the brothers to record a soundtrack for the film “Night Watch”, which was positioned as the first Russian international blockbuster. The tape with Konstantin Khabensky, Vladimir Menshov, Alexei Chadov and a galaxy of other iconic artists received mixed reviews, but the final song “Once Upon a Time in the World Anton Gorodetsky”, which was written by the Kristovsky brothers, stuck in the head of the audience for a long time.


The release of the debut album “In the city of N” (N is Nizhny Novgorod, because almost all the compositions were written in the musicians’ hometown) that followed this in 2004 made a splash: all the compositions were noted in the national charts, and the disc itself received platinum status. No one was surprised that at the MTV Russian Music Awards “Uma2rman” took the statuette in the “Discovery of the Year” category.

The album includes 17 songs: compositions from the demo tape, the song “Night Watch”, a remix of “Praskovya” and the second version of the song “Uma Thurman”, recorded, according to the musicians, especially for Tarantino. It sounds like a joke, but they still performed this song in front of Quentin – at the opening of the Moscow Film Festival, the guys were introduced to the American director by Nikita Mikhalkov. The song was accompanied by a video with cuts of films featuring Uma Thurman and Russian classics. Tarantino appreciated the surprise and laughed at the text (the translation was subtitled synchronously with the voice of the brothers), and then accepted a gift from the Kristovskys for Uma – their CD with the translation of the song about the actress.

Umaturman – I’ve been waiting for you, Vova! (Uma Thurman)

The Kristovskys did not delay the release of their second album, and in 2005 they presented the disc “Maybe this is a dream?…” (2005) at the Olympic Stadium, which included 18 songs. The album began with the composition “Letter to the Mind”. The new creation of Uma2rman was criticized and accused of secondary and lack of development.


In 2007, “Umaturman” recorded the main theme for the sitcom “Daddy’s Daughters”, and absolutely free of charge. The series is close to many musicians, because both Sergey and Vladimir are fathers of many children.

The third studio album Where Dreams May Come (2008) turned out to be a little more experimental than the previous ones. The artists tried their hand at new genres, which is especially noticeable in the song “No Chorus”. They also worked with Patricia Kaas and recorded the songs “Paris” and “You Won’t Call” together.


Collaboration with filmmakers continued in the cartoon “Squirrel and Strelka. Star Dogs (2010). Three compositions “Umaturman” at once were included in the soundtrack of the animated adventure of four-legged cosmonauts, the voices of which were presented by Anna Bolshova and Elena Yakovleva.

The album “Everyone is crazy in this city” (2011) brought “Uma2rman” a nomination for the Muz-TV award in the “Best Rock Group” category, but the victory went to Ilya Lagutenko’s Mumiy Troll team. The musicians pleased the fans with 18 new songs, including covers of Alla Pugacheva’s “Do you know, there will still be” and “Candle” of “Time Machine”.

Despite the rumors, the group was not going to break up.


After that, Sergei took up a solo album, rumors spread about the breakup of the group, but they turned out to be wrong. In 2015, the group recorded 5 songs for the series “Prince of Siberia” with Ivan Zhidkov, including the opening theme.

In 2016, the long-awaited new album “Sing, spring!” Was released, which showed excellent results at the start of sales and soared to the first line of the iTunes chart.

Since the group is named after a real person – Hollywood actress Uma Thurman, as soon as real popularity came, the musicians made adjustments to the spelling of the name and became known as “Uma2rman”. This had to be done to avoid copyright issues with the brand.

In 2012, the text of the song “Horoscope” caused gossip, which lists the failures of other signs of the zodiac, except for Libra.

Because “If you, like Putin, are scales, then everything will be fine, don’t piss!”.

Moreover, criticism poured in from supporters of the current Russian government, and from opponents. The artists themselves said that they did not want to interfere in politics, and the lines were nothing more than a reflection of reality in a humorous form.

In support of the new album “Not Our World” (2018), which was recorded in close collaboration with sound engineer and musician Pavlo Shevchuk, “Uma2rman” released in May 2018 a video for the song “Don’t part with your loved ones.” The video was directed by actress Anna Tsukanova-Kott.

Thanks to cooperation with the Match TV Group channel, the unofficial anthem of the 2018 FIFA World Cup was recorded. Nike Borzov, Legalize, Alexey Kortnev, Dmitry Dyuzhev and other famous people of Russia took part in the filming of the video “All for Football”.