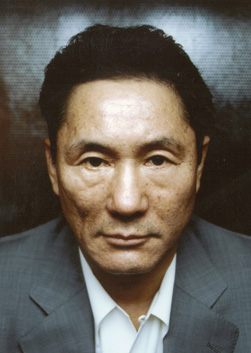 Takeshi Kitano is a Japanese director, actor, comedian, screenwriter, TV presenter, one of the most influential cultural figures in the country. The heyday of his television career came in the 80s, after which he switched to directing.


Kitano’s films (“Fireworks”, “Dolls”, “Lawlessness”, “Zatoichi”, “Kikujiro”) were repeatedly awarded at the Cannes and Venice Film Festivals. Kitano is the director, screenwriter, key actor and even editor of almost all of his work.

Kitano was born on January 18, 1947 in a large family from Adaki, a poor area of ​​Tokyo. His father was a house painter, his mother was a factory instructor; parents could hardly feed four children. The younger Takeshi, according to his recollections, was the favorite of his older sister and two brothers.

Takeshi Kitano in his youth


There is an assumption that Takeshi’s father was actually a member of the Japanese yakuza mafia, and that is why the director so skillfully conveyed the habits of the mafia in the Mayhem trilogy.

Together with his friends, the boy spent a lot of time on the street, trying to earn or even steal money for food. Nevertheless, he studied well at school, he was always the first in the exact sciences. He spoke about these carefree days of life in the rather autobiographical film The Boys Are Back in 1996.

Perhaps Takeshi Kitano’s father was in the mafia


The brothers saved money for Takeshi’s education, because his father was an avid gambler and spent almost everything he earned. Thanks to their support, Kitano managed to graduate from college and in 1965 enroll in the department of mechanical engineering at Meiji University. At that time, his cherished dream was to get a job at the Honda factory.

At the university, Kitano realized the gulf between himself and wealthy classmates. This, combined with his penchant for adventure, prompted the young man to take part in student demonstrations in the 60s. He rarely appeared at lectures, spending time in the Asakusa quarter – “Tokyo’s Montmartre.”

He dropped out of university and got a job as an elevator operator at the Striptease Theater. The institution in those years was led by comedian Senzaburo Fukami, who soon realized the potential of the young man. Kitano began to assist him in creating humorous sketches, and over time, Fukami began to look at Takeshi as his student.

Takeshi Kitano started his career as a comedian


Kitano’s first appearance on stage took place by chance: one of the secondary actors with a silent role fell ill, he replaced him. After the debut, Kitano began to be used in other productions. He tried to become a versatile actor who could do everything in the world, for example, play the piano and tap dance.

In the 70s, the genre of manzai was popular in Japan – comic duets based on the opposition of characters: a reasonable “tsukkomi” and an absurd “boke”. Together with another aspiring comedian Jiro Kaneko Kitano created the duo “Two Bits”. The jokes that the actors allowed themselves went beyond the bounds of decency, everything that ordinary Japanese lived in the focus of attention fell: prices, social life, love, politics. The audience greeted the duet with a standing ovation, sketches began to be broadcast on the radio, and then on television.

Once on television, Kitano took the pseudonym Bit Takeshi. After the duo broke up due to Kitano’s ambitions, the young man worked as a TV presenter. Sometimes he was the face of eight programs on one channel at once.

Takeshi Kitano has worked in television for a long time.


Perhaps Kitano’s most famous show was the entertainment-sports shock “Takeshi’s Castle”, which aired on Japanese TV from 1986 to 1989. Its participants had to reach the “castle” in which the host was sitting, overcoming an obstacle course. The winner received 1 million yen (about 8 thousand dollars at the exchange rate of that time), but in the three years of the show’s existence, only nine succeeded.

In his youth, the future director hosted the entertainment show “Takeshi’s Castle”

Takeshi Kitano’s first significant film role was Sergeant Geno Hara from the Japanese-American military drama Merry Christmas, Mr. Lawrence, starring David Bowie. Prior to this, the actor appeared in a couple of Japanese action films that few people know about outside of Japan.

Takeshi Kitano made his directorial debut in 1989. The film “Cruel Cop” was originally directed by Kinji Fukasaku, but due to illness he refused to work. Kitano, who played the main role, the unbalanced police officer Azuma, was offered to continue filming. In the future, he continued this tradition and played the main characters in almost every one of his films.


The next film – “Boiling Point” – was released in 1990 and was highly appreciated by critics and awarded a special prize at the Turin Film Festival. According to critics, already in the second work, Kitano formed his directorial style: long takes, a minimum of camera movement, short dialogues, sarcastic humor and unexpected violence.

Frame from the film “Boiling Point”


In 1991, The Smell of the Sea was released – a drama about a deaf junk dealer who once found a broken surfboard in a landfill and learned to conquer the waves.

Shot from the film “Sonatina”


One of the director’s best works is the film Sonatina, which became a transitional stage for him. Here Kitano, whose favorite characters are the yakuza and the people of the “bottom”, again turns to the theme of violence. He himself played a Tokyo yakuza member who was sent to Okinawa by his boss to end spats between local gangsters.

In 1994, Kitano, a passionate motorcyclist, had a terrible accident. The right half of the actor’s face was paralyzed, he began to limp. After an incident that almost sent him to the other world, he temporarily left the cinema and began to draw, while making progress: publishing houses illustrated art books with his work, galleries held Kitano’s solo exhibitions, many CDs with soundtracks for films were decorated with his paintings.

By the way, his paintings can be seen in the film “Fireworks” in 1997, the best, from the point of view of many critics, Takeshi Kitano’s film. The misfortune changed Kitano’s attitude towards life and work. In “Fireworks” there is much less violence and much more reasoning about life and death. Fireworks is the story of an ex-cop and his terminally ill wife. The tape had an international resonance and received the highest award of the 54th Venice Film Festival

Shot from the film “Fireworks”


The equally famous painting “Dolls” (2002) is interesting in that when creating it, Kitano turned to Japanese folklore and traditions, drawing inspiration from national bunraku dolls. Costumes for this film were made by his friend and fashion designer Yohji Yamamoto.

In 2003, the director released the eleventh film, which took viewers to the Japan of the past. The main character was the hero of folklore, the blind masseur Zatoichi, who masterfully wields a blade. The film again shocked with bloody violence and raised the age-old problem of confrontation between Good and Evil.

Warmly received was the 2008 film Achilles and the Turtle, about the artist Matisou who does not leave art despite the lack of recognition.

“Achilles and the Turtle”. Trailer

In 2010, the premiere of the mafia action movie Mayhem, the first part of the trilogy of the same name by Takeshi Kitano, took place. The director returned to his favorite subject, telling the audience about the brutal confrontation between the influential yakuza clans. The second film in the trilogy was released in 2012. Between the second and final parts of the trilogy, Kitano’s crime comedy Ryuzo and the Seven Fighters was released in 2015, a rare director’s film where his character is not at the center of the plot.

Kitano spent a stormy youth and did not shy away from carnal pleasures. On his half, comedian Miki Matsuda, the director married in 1979. Two children were born in the marriage – the son Atsushi and the daughter Shoko.

Takeshi Kitano is married and has two children.


The director is known for his difficult character. In his youth, angry with the paparazzi, he broke into the editorial office of Frider magazine with friends and severely beat everyone inside. Since then, journalists have been afraid to ask too frank questions to the master of Japanese cinema.

In his autobiography, written by Michel Temman, Kitano states that the main thing for him is to constantly work. Kitano paints, writes books, discussing Japanese society, and continues to be interested in mathematics.

One of the paintings by Takeshi Kitano


In 2004, Maisdie University eventually gave him a degree.

With age, Kitano does not slow down, the proof of which is the film Ghost in the Shell, released in 2017, where he plays the mentor of the heroine Scarlett Johansson.

Takeshi Kitano in Ghost in the Shell

And in August 2018, Russian viewers were able to see the third, final part of the mafia saga “Complete chaos”.

Shot from the movie “Total Mayhem”


It is known that in 2023 the director was working on the film “Analogue” according to his own script, in which he will also play the main role. The release date of the film is not yet known.