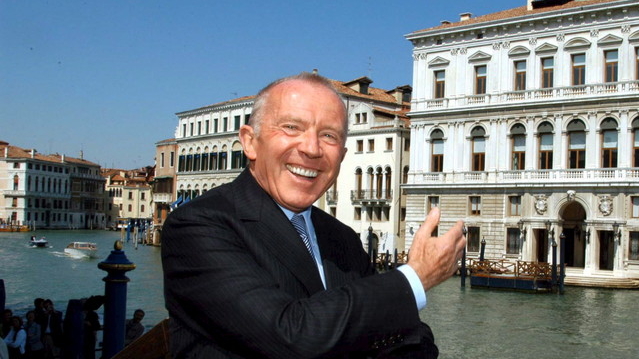 Place of Birth. Education. François Pinault was born on August 21, 1936 in Le Chang-Géraud to a timber merchant in the French province of Brittany. Studying for the boy was given with great difficulty, but from childhood he was interested in entrepreneurship. At the age of 16, the young man left school. For several years, Pino worked odd jobs in his native region and Paris, then for three years he left for Algeria, which was at that time a French colony, from where he returned with start-up capital.

Business. After returning to France, Pinault married Louise Gauthier, the daughter of his father's supplier. The marriage did not last long, but enabled Pinault to found his first timber trading company, the Pinault group, at the age of 27.

In those same years, the young entrepreneur became friends with the budding Jacques Chirac, who later began to help Pino. Shortly before the crisis of 1973, Pinault sold his company to British investors for 30 million francs, and after the crisis he bought it back for only 5 million francs.

In 1987, Pinault bought out 75% of the paper manufacturer Chapelle Darblay, and sold it three years later for 525 million francs. In 1989, he took over CFAO, which supplied cars and medicines to Africa. In the same year, Pino was listed on the stock exchange.

Like his friend Bernard Arnault (president of LVMH), Pinault invested in the luxury goods industry. In 1994, Pinault merged with Redoute to form the Pinault-Printemps-Redoute concern (since 2005 PPR). The millionaire acquired the brands Yves Saint Laurent, Bottega Veneta, the Parisian shopping center Printemps, the furniture company Conforama and the fnac retail chain. In 1999, Pinault was forced to compete with Arnaud for the Gucci fashion house, which was finally taken over by PPR in 2004.

In 1999, Pinault acquired Christie's, an auction house that sells antiques and art. In addition, Pinot owns the Château Latour winery in Bordeaux, the Vail Resorts ski resorts in Colorado, the Marigny theater in Paris and the Rennes football club.

Since 2005, the PPR group has been led by his son François-Henri Pinault.

On March 22, 2013, to complete the reorientation of the group, which began in 2005 towards luxury brands, PPR was renamed Kering. The main brands of the group are Gucci, Yves Saint Laurent, Boucheron, Balenciaga, Bottega Veneta and Alexander McQueen, Stella McCartney, Brioni. Kering also controls the Puma and Volcom brands in its Sport & Lifestyle division. Kering is the world's second largest luxury goods company after LVMH and is ahead of the Swiss group Richemont with a turnover of 12.5 billion euros in 2016.

Collector. Having become rich, Pino was able to afford to acquire art objects. He owns one of the largest collections of contemporary art in the world. In ArtReview's 2006 list of the most influential people in contemporary art, he took first place. His personal collection includes more than 2,000 works by eminent artists such as Pablo Picasso, Piet Mondrian, Andy Warhol and Jeff Koons, Damien Hirst, Martial Rice. Pino exhibited his collection in the Venetian Palazzo Grassi, which was converted into a museum by the Japanese architect Tadao Ando and opened in 2006. A new museum was also opened in 2009, housed in the former Punta della Dogana customs building.