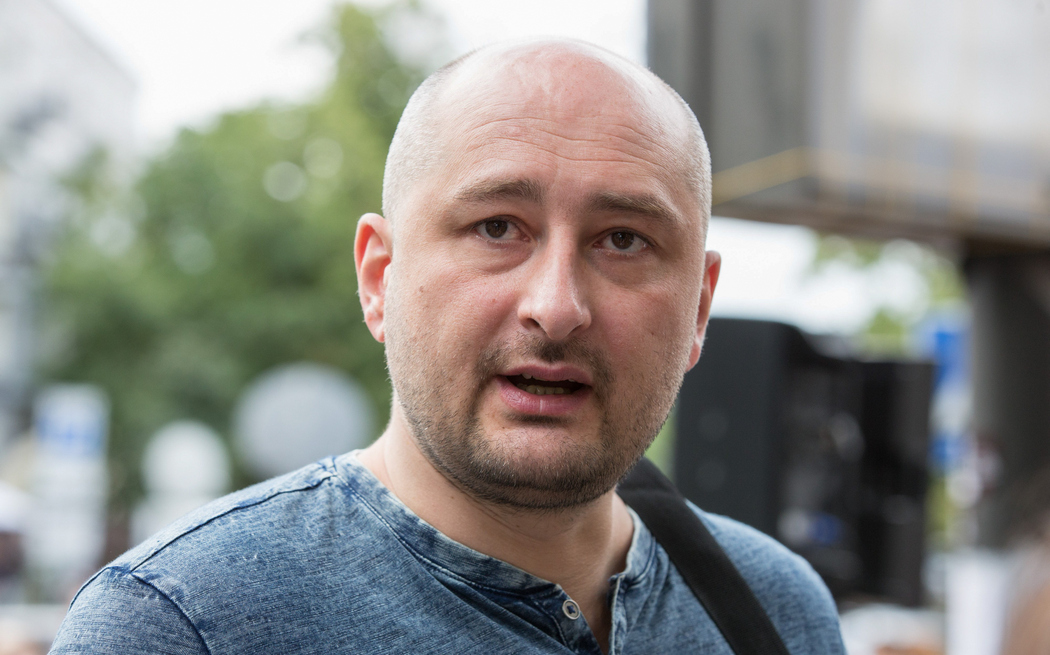 Arkady Arkadyevich Babchenko – Russian journalist and prose writer, war correspondent, publisher. With the beginning of repression and persecution of journalists in Moscow, he moved to Prague. Subsequently he moved to Ukraine.

Place of Birth. Education. Born on March 18, 1977 in the family of a design engineer and teacher of the Russian language and literature. In 1993 he graduated from high school. In 1995 he was drafted into the army, served in the North Caucasus, served in the signal troops, and took part in the first Chechen war. Demobilized in 1997.

Graduated from the Faculty of Law of the Modern Humanitarian University with a Bachelor of Laws in International Law.

After the start of the second Chechen war, he signed a contract with the Armed Forces of the Russian Federation and took part in the “counter-terrorist operation.” He served as a signalman, then in motorized rifle troops, after that as a crew commander in a grenade launcher platoon. In 2000 he was demobilized with the rank of guard petty officer.

Career. He took up journalism. He worked as a war correspondent for Moskovsky Komsomolets, then as a correspondent for the Forgotten Regiment program (NTV – TV-6 – TVS), collaborated with newspapers, magazines and television programs: “Peasant Russia”, “Army Shop” (“Channel One”), ” Postscript “(TVC) and others.

He criticizes the Putin regime in Russia and condemns the Russian armed aggression against Ukraine.

On February 21, 2017, Babchenko announced that in connection with repeated threats to himself and to his family, he decided to leave Russia and was in Prague. In July 2017, he lived in Israel, from August 2017 to May 2018 in Kiev.

From October 2017 to September 2019, he hosted the “Prime: Babchenko” program on the Crimean Tatar TV channel ATR.

On November 3, 2019, it became known that Arkady Babchenko left Kiev and moved to another country due to disagreement with the policy of the current Ukrainian government. In December 2019, Babchenko wrote that he was in Israel, but was under the threat of deportation from this country, was left without work and without money.

Creation. Arkady Babchenko is considered one of the founders of modern military prose. He was one of the first to describe modern Russian wars in an artistic style. Babchenko’s books have been translated into 16 languages ​​and published in 22 countries of the world. Publisher of the magazine “The Art of War”.

Awards and prizes. Laureate of journalistic and literary prizes: Prize of the Union of Journalists of Russia “For Courage and Professionalism”. Prize for Courage in Literature as part of the Debut Prize. Prizes of the “New World” magazine (twice). English PEN-Club Award. Frontline club award. Artyom Borovik Prize for the essays “War and Peace under Coercion”, Swedish PEN-Cluba award.

Family. Arkady Babchenko is married and has a daughter. In addition, the Babchenko family is raising 6 adopted children, whose guardian is legally Arkady’s mother.

A staged murder. On May 29, 2018, information appeared in the media that an unknown shot in Babchenko in his Kiev apartment, the journalist died on the way to the hospital. On May 30, it turned out that Babchenko’s murder was a staged one – journalist alive and well appeared at a pre-announced security briefing. Head of the SBU Vasily Gritsak statedthat the murder of Babchenko was ordered by the Russian special services and that to capture the organizers, law enforcement officers faked the death of a journalist. Suspected of organizing the murder detained on the same day in Kiev.